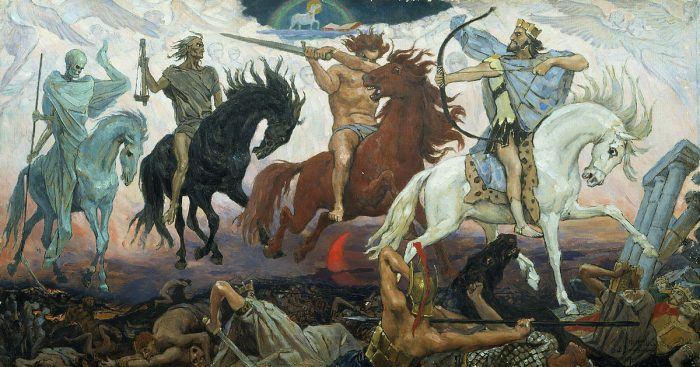 Are we living during the times that the Bible refers to as “the last days”? Normally this is an issue that is discussed in religious circles, but recently some mainstream media outlets have been publishing articles about signs of the end times that appear to be coming to pass right in front of our eyes. In fact, the Mirror recently posted an article entitled “The THREE signs that Biblical prophecies about end of the world and the Messiah are ‘coming true'”, and it is creating quite a bit of buzz among Bible-believing Christians.

The first occurrence was the birth of the first ‘red heifer in 2,000 years’ in Israel – a creature that features in ‘end of times’ tales in both Christianity and Judaism.

It is certainly true that Israel would not be able to rebuild the Temple and begin the sacrificial system again without the ashes of a red heifer.

And the Bible tells us that there will be a Jewish Temple in the last days, and so this is a very significant development. For much more on this, please see my previous article entitled “Extremely Rare Perfect Red Heifer Born In Israel – Does This Mean That Israel Can Now Rebuild The Temple?”

Hebrew prophet Ezekiel’s end-of-days prophecy foresees the sea – a hypersaline environment, with a reported 37 per cent salinity – flourishing into life.

And a photojournalist with the Dead Sea Revival Project said that coming to the body of water, “the lowest point on earth, you see prophecy coming true”.

Whether this is the precise fulfillment of Ezekiel’s prophecy can certainly be debated, but without a doubt major changes are happening to the Dead Sea.

And the third sign the the Mirror discussed happened just last week. A snake slithered out of the Western Wall and scared off a pigeon…

The third strange occurrence took place this week, when a snake was filmed slithering out of Israel’s Western Wall, unexpectedly interrupting prayers.

Footage showed the reptile scaring away a pigeon – with some Internet users deeming it a sign that a prophecy about the Messiah’s coming will soon be fulfilled.

In Jewish literature, a pigeon or a dove often represents Israel, and Satan has been associated with a snake from the very beginning.

So when this happened, the Internet started buzzing with speculation right away…

The claims were made after video of the snake scaring away a pigeon was posted on YouTube before being picked up by Hebrew bloggers.

The bloggers claim the symbol of a pigeon fleeing a snake shows we are living in ‘dangerous times’ directly pre-dating the coming of the Messiah.

Without a doubt, we are definitely living in perilous times, and Jesus is coming back soon. But according to the Bible there are still many events that must take place before He does return, and our planet is going to go through a tremendous time of chaos.

One of the things that we should expect is for evil to grow worse and worse, and this is something that the head of the Russian Orthodox Church recently commented on…

As Patriarch Kirill, head of the Russian Orthodox Church, said back in January of 2018, “the normalization of evil” that we’re now witnessing across America and throughout much of the entire planet could lead to the very downfall of humanity, the apocalypse and ‘end times’. Patriarch Kirill also recently urged mankind to “stop the movement towards the end of history’s abyss.“

We are certainly plunging toward an abyss of evil, but unfortunately most average citizens have absolutely no idea now bad things are going to become on planet Earth.

As a society, we have greatly rejected God, and the stage has been set for the rise of Antichrist.

But the good news is that Jesus will ultimately defeat the Antichrist, and those that have read the end of the book know that we win in the end.