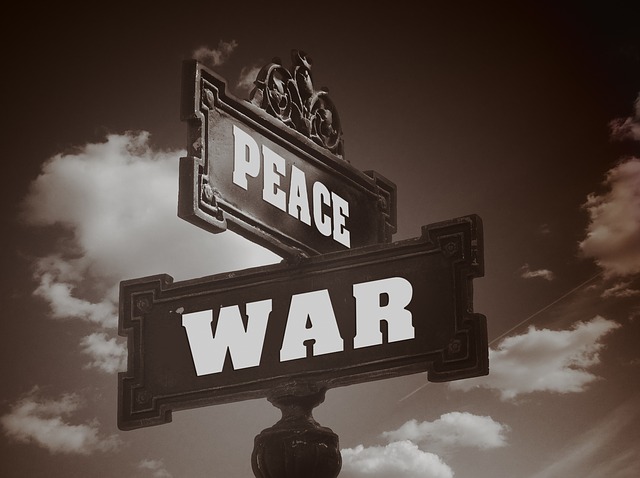 People better start waking up and paying attention to what is happening in the Middle East, because the situation is becoming quite serious. If things go badly, we could be facing a major regional war which would involve not only Saudi Arabia and Iran, but also potentially the United States and Israel. Yesterday, I quoted an article in the New York Times that warned that tensions between the Saudis and the Iranians were raising “the threat of a direct military clash between the two regional heavyweights”. And now Jake Novak of CNBC is saying that a “direct conflict between Saudi Arabia and Iran, as opposed to the proxy war they’re fighting in Yemen, looks inevitable.”

I put those last two words in bold so that there wouldn’t be any confusion. In fact, Novak is warning that the Saudis “are marching ever closer towards a wider regional war”. Novak understands the dynamics of the Middle East, and he realizes where things could be headed if cooler heads do not prevail.

Saudi Arabia and Iran have already been fighting proxy wars against one another in Syria and Iran for quite a while, but a direct military conflict between the two could literally be a nightmare scenario.

One of the primary characters in this ongoing drama is Saudi Arabia’s extremely hawkish crown prince Mohammed bin Salman. He hates Iran with a passion, and he has already said that he believes that a peace dialogue with Iran is impossible.

And over the past several days, events in Saudi Arabia and Lebanon have moved talk of war to the front burner…

First, the kingdom squarely blamed Iran for a missile attack on Riyadh from Yemen that was thwarted by the U.S.-made Patriot anti-missile system. The Saudis called that attack “direct military aggression by the Iranian regime and may be considered an act of war.”

Second, the Saudis accused Lebanon of — figuratively at least — declaring “war” against it because of aggression from Hezbollah. That statement spurred even Saudi ally and Egyptian President Abdel Fattah al-Sisi to publicly urge for calm.

In an article yesterday, I discussed the “purge” that is currently taking place in Saudi Arabia. Many believe that this purge is all about removing any potential obstacles to a war with Iran. Mohammed bin Salman and his father have made dealing with Iran their number one strategic priority, and they have even enlisted the Israelis as allies in their cause…

As is already well-known, the Saudi and Israeli common cause against perceived Iranian influence and expansion in places like Syria, Lebanon and Iraq of late has led the historic bitter enemies down a pragmatic path of unspoken cooperation as both seem to have placed the break up of the so-called “Shia crescent” as their primary policy goal in the region. For Israel, Hezbollah has long been its greatest foe, which Israeli leaders see as an extension of Iran’s territorial presence right up against the Jewish state’s northern border.

If Saudi Arabia and Iran go to war, it is probably inevitable that Hezbollah will strike Israel at the same time, thus getting the Israelis directly involved in the conflict.

Not only that, if a major regional war does erupt in the Middle East it would almost certainly mean that the U.S. would have to get involved as well. Here is more from Jake Novak of CNBC…

But if full blown war breaks out directly between the two countries, it’s hard to see the U.S. being able to sit it out without at least some form increased weapons support and other aid. Then it will be up to Iran’s possible allies, like Russia and China to make the next move.

If you are thinking that this sounds like the type of scenario that could cause World War III to erupt, you would be correct.

The Iranians and the Saudis both have weapons of mass destruction, and so a direct conflict between the two would seem to be unthinkable.

But rational thinking does not always prevail in the Middle East. The conflict between Sunni Islam and Shia Islam has a long and bitter history, and the bad blood between the Saudis and the Iranians is never going to subside until one side or the other ultimately prevails.

Let us hope that a “hot war” between Saudi Arabia and Iran does not erupt any time soon, because such a war would not be good for the United States whatsoever. Pretty much every scenario that you can imagine ends with enormous numbers of innocent people dead, and such a conflict could ultimately be the spark that sets off World War III.