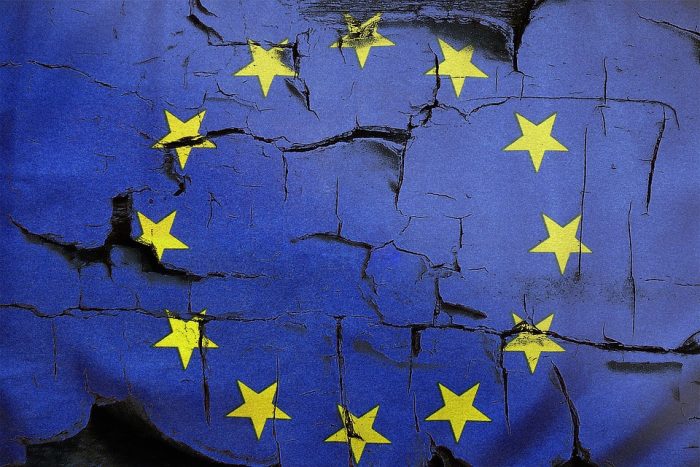 Did you know that the sixth largest bank in Spain failed in spectacular fashion just a few days ago? Many are comparing the sudden implosion of Banco Popular to the collapse of Lehman Brothers in 2008, and EU regulators hastily arranged a sale of the failed bank to Santander in order to avoid a full scale financial panic. Sadly, most Americans have no idea that a new financial crisis is starting to play out over in Europe, because most Americans only care about what is going on in America. But we should be paying attention, because the EU is the second largest economy on the entire planet, and the euro is the second most used currency on the entire planet. The U.S. financial system is already teetering on the brink of disaster, and this new financial crisis in Europe could turn out to be enough to push us over the edge.

If EU regulators had not arranged a “forced sale” of Banco Popular to Santander, we would probably be witnessing panic on a scale that we haven’t seen since 2008 in Europe right about now. The following comes from the Telegraph…

Spanish banking giant Santander has stepped in to the rescue ailing rival Banco Popular by taking over the failing lender for €1 in a watershed deal masterminded by EU regulators to avoid a damaging collapse.

Santander will tap its shareholders for €7bn in a rights issue to raise the capital needed to shore-up Popular’s finances in a dramatic private sector rescue of Spain’s sixth-largest lender.

It will inflict losses of approximately €3.3bn on bond investors and shareholders but crucially will avoid a taxpayer bailout.

But now that a “too big to fail” bank like Banco Popular has failed, investors are immediately trying to figure out which major Spanish banks may be the next to collapse. According to Wolf Richter, many have identified Liberbank as an institution that is highly vulnerable…

After its most tumultuous week since the bailout days of 2012, Spain’s banking system is gripped by a climate of fear, uncertainty and distrust. Rather than allaying investor nerves, the shotgun bail-in and sale of Banco Popular to Santander on Tuesday has merely intensified them. For the first time since the Global Financial Crisis, shareholders and subordinate bondholders of a failing Spanish bank were not bailed out by taxpayers; they took risks in order to make a buck, and they bore the consequences. That’s how it should be. But bank investors don’t like not getting bailed out.

Now they’re worrying it could happen again. As Popular’s final days showed, once confidence and trust in a bank vanishes, it’s almost impossible to restore them. The fear has now spread to Spain’s eighth largest lender, Liberbank, a mini-Bankia that was spawned in 2011 from the forced marriage of three failed cajas (savings banks), Cajastur, Caja de Extremadura and Caja Cantabria.

On Thursday, shares of Liberbank dropped by an astounding 20 percent, and that was followed up by another 19 percent decline on Friday.

Spanish authorities responded by banning short sales of Liberbank shares, and that caused a short-term rebound in the stock price.

But we haven’t seen this kind of chaos in European financial markets in a very long time.

Meanwhile, Nick Giambruno is sounding the alarm about a much bigger bubble. At this moment, more than a trillion dollars worth of Italian government bonds have negative yields…

Over $1 trillion worth of Italian bonds actually have negative yields.

It’s a bizarre and perverse situation.

Negative yields could not exist in a free market. They’re only possible in the current “Alice in Wonderland” economy created by central bankers.

The moment that the ECB stops wildly buying Italian bonds, the party will be over and the Italian financial system will crash. Unfortunately for Italy, the Germans are pressuring the ECB to quit printing so much money, and the Germans usually get their way in these things.

But if the Germans get their way this time, we could be facing a complete and utter nightmare very quickly. Here is more from Nick Giambruno…

Once the ECB—the only large buyer—steps away, Italian government bonds will crash and rates will soar.

Soon it will be impossible for the Italian government to finance itself.

Italian banks—which are already insolvent—will be decimated. They hold an estimated €235 billion worth of Italian government bonds. So the coming bond crash will pummel their balance sheets.

It’s shaping up to be a lovely train wreck.

And all of this is happening in the context of a global economy that appears to be headed for a major downturn.

For example, the last time that global credit growth showed down this rapidly was during the last financial crisis…

From peak to trough the deceleration in global credit growth is now approaching that during the global financial crisis (-6% of global GDP), even if the dispersion of the decline is much narrower. Currently 55% of the countries in our sample have experienced a -0.3 standard deviation deterioration in their credit impulse (median over 12 months) compared to 77% of countries in Dec ’09 when the median decline was -1.4 stdev.”

Of course the last time global credit growth decelerated this dramatically, global central banks intervened on a scale that was unlike anything that we had ever seen before.

More importantly, back in 2009, not only China, but the Fed and other central banks unleashed the biggest injection of credit, i.e. liquidity, the world has ever seen resulting in the biggest asset bubble the world has ever seen. And, this time around, the Fed is set to hike for the third time in the past year, even as the ECB and BOJ are forced to soon taper as they run out of eligible bonds to monetize. All this comes at a time when US loan growth is weeks away from turning negative.

As such, what “kickstarts” the next spike in the credit impulse is unclear. What is clear is that if the traditional 3-6 month lag between credit inflection points, i.e. impulse, and economic growth is maintained, the global economy is set for a dramatic collapse some time in the second half.

There are so many experts that are warning about big economic trouble in our immediate future. I would like to say that all of the experts that are freaking out are wrong, but I can’t do that.

I have not seen an atmosphere like this since 2008 and 2009, and everything points to an acceleration of the crisis as we enter the second half of this year.