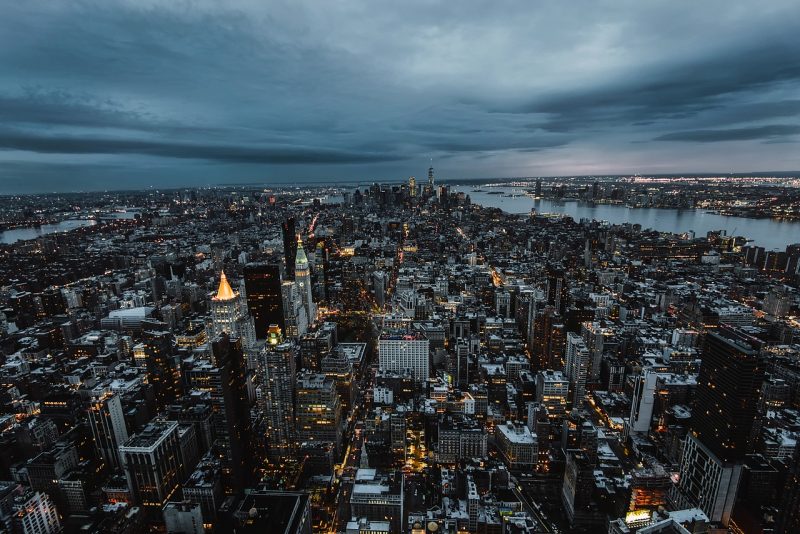 The global monkeypox outbreak shows no signs of slowing down.  Someone recently pointed out to me that 9,000 cases out of a worldwide population of nearly 8 billion people is not really that big of a deal, and that would be correct.  But my concern is what this outbreak could become.  Despite everything that health officials all over the western world have done so far, the number of cases continues to rise at an exponential rate.  There are now 10,320 cases, and this outbreak has spread to 72 different countries.  If the trajectory of this outbreak does not change, what will the numbers look like by the end of this year?

The very first cases in the western world were reported in the UK in mid-May, and now there are 1,735 confirmed British cases…

British health officials say there have now been 1,735 confirmed cases of monkeypox and that three-quarters of those cases are in London, according to data released on Tuesday.

The total number of confirmed cases in the UK has doubled again, and that has been happening “about every two weeks”…

British scientists estimate the outbreak is doubling in size about every two weeks and said it’s likely cases are being undercounted. They said that in nearly 80% of cases, there is no information about whether or not the person had contact with a confirmed case, meaning the virus is spreading undetected.

If cases keep doubling in the UK at that rate, there will be more than a million confirmed British cases by the end of 2022.

Here in the United States, it appears that monkeypox is spreading even faster.

In fact, we just learned that the number of confirmed monkeypox cases in New York City “has once again doubled in a week”…

The number of likely monkeypox cases in New York City has once again doubled in a week.

As of Monday, July 12, 267 people in the city have tested positive for orthopoxvirus (see below) and all likely have monkeypox, according to the city’s Health Department. That is up from 111 cases on July 5 and more than quadruple the number from a week prior to that.

267 cases is certainly not the end of the world, but if cases keep doubling every week New York City will also have more than a million confirmed cases by the end of the year.

In Chicago, the very first case was confirmed less than a month ago, and now the total number of cases is up to 105…

Since monkeypox was first detected in the city nearly a month ago, 105 Chicagoans have been diagnosed with the virus, health officials said.

The cases have mostly involved men who have sex with men, officials said. The city has begun to offer targeted vaccinations.

If you are reading this, you have probably had an encounter with COVID by now, and many of you probably thought that it wasn’t that big of a deal.

But monkeypox is a disease that you definitely want to avoid.

This version of monkeypox is very different from previous versions of monkeypox.  At this point researchers are telling us that there are about 50 key mutations that set it apart from past strains…

The strain of monkeypox involved in the current global outbreak differs from its parent strain by about 50 single nucleotide polymorphisms (SNPs) — far more than would be expected for an orthopoxvirus, researchers reported.

There’s also evidence of continued evolution and adaptation during human-to-human transmission that’s occurring faster than expected, which may account for its apparently increased transmissibility, João Paulo Gomes, PhD, of Portugal’s National Institute of Health in Lisbon, and colleagues reported in Nature Medicine.

Other strains of monkeypox did not spread easily among humans.

And as I discussed a few days ago, this version of monkeypox can cause absolutely excruciating pain.  In fact, one victim told NBC News that he experienced “the worst pain in my life” after catching the disease…

“I now know what it felt like to be the first HIV patients many decades ago,” said Alex, 32, a biologist in Washington, D.C., who said he believes he got monkeypox from a gathering of a few dozen OnlyFans creators where they were filming sex scenes with one another. He said he’s heard the event likely led to at least three other cases.

Alex said when he went to a D.C. hospital with “the worst pain of my life” that the doctors “had no idea what to do — they were on Google, literally.”

Sadly, the federal government has been very slow to respond to this new crisis, and Biden administration officials are being relentlessly criticized for their tepid response…

“My impression is that there is very little coordination and leadership across the U.S. government about what’s going on here,” says a former senior U.S. official who has been in touch with the White House over the past few weeks about the monkeypox response. “It feels to me like there’s nobody in charge of this. Who is driving this forward?”

It appears that the Biden administration is not taking this outbreak very seriously, and I believe that is a huge mistake.

And the WHO seems very confused as well.  Next week, WHO officials will once again gather to discuss whether this outbreak should be considered a global emergency or not…

The World Health Organization said Tuesday that it will convene a second emergency meeting next week to decide if monkeypox poses a global health threat as cases rise to 9,200.

The U.N. agency declined last month to declare a global emergency in response to monkeypox. But as infections have risen substantially over the last several weeks, the organization is expected to consider whether to issue its highest alert when the emergency committee reconvenes next week.

If we could get everyone to stop having sex with people that they should not be having sex with, we would probably have a pretty good chance of slowing this thing down.

Needless to say, that is not going to happen, and so monkeypox is likely to continue to spread like wildfire.

My regular readers already know that I have been talking about “the next pandemic” for a long time, and perhaps it has already arrived.

We still don’t know how bad this particular outbreak will ultimately become, but we should definitely be watching it very closely.

Of course it is entirely possible that more extremely dangerous “pestilences” could start popping up around the globe at any time.

We live at a moment in history when our world is steadily starting to go mad, and we are going to need to learn to expect the unexpected.