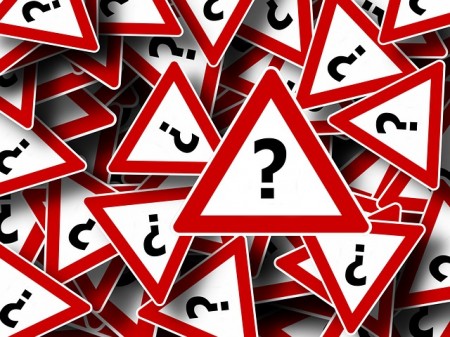 How in the world is it possible that more than 170 health workers have been infected by the Ebola virus? That is the one question about Ebola that nobody can seem to answer. The World Health Organization is reporting this as a fact, but no explanation is given as to why this is happening. We are just assured that Ebola “is not airborne” and that getting infected “requires close contact with the bodily fluids of an infected person”. If this is true, then how have more than 170 health workers caught the disease? These workers are dressed head to toe in suits that are specifically designed to prevent the spread of the virus. So how is this happening? I could understand a handful of “mistakes” by health workers, but this is unlike anything that we have ever seen in the history of infectious diseases. These health workers take extraordinary precautions to keep from getting the virus. If it is spreading so easily to them, what chance is the general population going to have?

Ken Isaacs, the vice president of Program and Government Relations for Samaritan’s Purse, painted an even bleaker picture. According to the World Health Organization, West Africa has counted 1,711 diagnoses and 932 deaths, already, which could represent only a small fraction of the true number. “We believe that these numbers represent just 25 to 50 percent of what is happening,” said Isaacs.

In a six-hour meeting with the president of Liberia last week, Isaacs said workers from Samaritan’s Purse and SIM watched as the “somber” officials explained the gravity of the situation in their countries, where hundreds lie dead in the streets. “It has an atmosphere of apocalypse,” Isaacs said of the Liberia Ministry of Health’s status updates. “Bodies lying in the street…gangs threatening to burn down hospitals. I believe this disease has the potential to be a national security risk for many nations. Our response has been a failure.” Isaacs says that the epidemic is inciting panic worldwide that, in his opinion, may soon be warranted. “We have to fight it now here or we’re going to have to fight it somewhere else.”

In an official statement released on Monday, the World Health Organization even admitted that some potential Ebola patients “are being turned away”…

The recent surge in the number of cases has stretched all capacities to the breaking point. Supplies of personal protective equipment and disinfectants are inadequate. The outbreak continues to outstrip diagnostic capacity, delaying the confirmation or exclusion of cases and impeding contact tracing.

Some treatment facilities are overflowing; all beds are occupied and patients are being turned away.

Like I have said before, this has the potential to become the greatest health crisis that any of us have ever seen.

Up until this point, the outbreak has been primarily limited to Sierra Leone, Guinea and Liberia.

But now it is starting to pop up in more countries around Africa.

For example, the number of confirmed cases in Nigeria has reached ten…

Nigeria on Monday confirmed a new case of Ebola in the financial capital Lagos, bringing the total number of people in the country with the virus to 10.

Health minister Onyebuchi Chukwu said the latest confirmed case was a female nurse who came into contact with a Liberian-American man, Patrick Sawyer, who died of Ebola in a Lagos hospital on July 25.

In addition to Sawyer, another nurse who had contact with him died last week, while seven other people have been confirmed to have the virus in the city, he added.

Rwanda’s health officials have placed a man suspected of suffering from Ebola in isolation at King Faisal Hospital Kigali. A statement by the Ministry of Health released on Sunday indicates that the patient had been tested with results still expected. Samples from the suspected case have been sent for testing to an international accredited laboratory, and results will be available in 48 hours, the statement said. The suspected case is a European medical student, according to the statement. It is the first suspected Ebola case in Rwanda since the outbreak of the virus in West Africa. The government urged the public to remain calm and vigilant, as the ministry is closely monitoring the situation.

All the preventive measures needed in line with national standards are already in place, including surveillance systems and emergency management systems, it assured, adding “Health workers have been trained across the country and are vigilant.” This will enable timely detection, notification and appropriate management of any suspected cases to safeguard Rwandans, the statement concluded.

Over in Ghana, a man that just died is being tested for the Ebola virus…

Ghana may be recording its first case of Ebola if tests on the blood samples of a Burkinabe man suspected to have died of Ebola proves positive. The man who was rushed to the Bawku Presby Hospital in the Upper East Region from Burkina Faso, died on arrival. The Medical Director at the Hospital, Dr Joseph Yaw Manu, who confirmed the incident to Citi News, said they sent the blood samples for testing because the man was brought in showing symptoms of Ebola. In an interview with Citi News, Dr. Manu said the patient was bleeding from his nostrils which raised their suspicion he may have died of the Ebola disease. Dr. Manu said they are awaiting the results from the blood sample test to verify the cause of death. He gave the assurance that the hospital is prepared to battle the disease. This is the fourth suspected case of Ebola reported in Ghana; two in Kumasi, one in Accra and now the Upper East Region.

Benin has reported two cases of the deadly Ebola virus in the west African country. Health Ministry official Aboubacar Moufiliatou said that a man suspected to have contracted the virus had died. “Fortunately, blood samples have been taken from the deceased patient to examine if his death was linked with Ebola,” Moufililatou told the state television Thursday night. He said another man has been quarantined after showing symptoms of the deadly virus after returning from the Nigerian city of Lagos. “Blood tests from the suspected case will be conducted in laboratories approved by the World Health Organization (WHO) to confirm or deny the infection,” he said. The WHO has declared the Ebola outbreak in West Africa to be an “international public health emergency” as the virus reportedly continues to spread through the region in Liberia, Sierra Leone and Nigeria. According to the latest WHO report, Ebola has killed 932 people in West Africa. The Ebola virus, a contagious disease for which there is no known treatment or cure, can be transmitted to humans from wild animals and also spreads through contact with the body fluids of an infected person or someone who has died of the disease. Medical doctors say common symptoms of Ebola include high fever and headaches, followed by bleeding from openings in the body. If the cases turn out to be Ebola, this would be the fifth country in Africa where the virus has spread.

We are quickly getting to the point where it will become impossible to contain this virus.

And if it spreads to the United States, we are going to be in a massive amount of trouble. The truth is that we are not prepared for an Ebola pandemic, and such a crisis would create a massive wave of panic and fear all over this country.

Unfortunately, despite the risks, we continue to bring people back to this country before we know that it is safe to do so…

Health officials in North Carolina said on Sunday they will require missionaries and others coming home after working with people infected with Ebola in Africa to be placed in quarantine.

The quarantine is set to last for three weeks from the last exposure to someone infected in the West African Ebola outbreak, which is centred in Guinea, Sierra Leone and Liberia, the officials said.

Missionaries from the North Carolina-based Christian aid groups SIM USA and Samaritan’s Purse have been working to help combat the world’s worst outbreak of the disease. Two of the relief workers, Dr Kent Brantly and Nancy Writebol, contracted the disease and are being cared for at Emory University hospital in Georgia.

Why couldn’t those individuals just be quarantined over there an extra three weeks in a safe area and then come home?

All it takes is one sick person. Once the disease gets here and starts spreading, there isn’t much that we can do about it. There is no cure for Ebola, and according to the New York Times it is going to be quite a while before one is potentially available…

The drugs that could potentially treat those already infected and the vaccines to protect healthy people from infection are all in the earliest stages of testing. And even if they do pass muster in clinical trials, they cannot be produced in large quantities quickly enough to stem the widening epidemic anytime soon.

And the CDC agrees with this assessment…

“We do not know how to treat Ebola or vaccinate against it — and it will be a long time before we do.”

Those are very sobering words.

For now, our health officials are telling us that we have very little to be concerned about.

But they can’t even tell us why more than 170 health workers have caught the virus.

So let’s hope for the best, but let us also prepare for the worst.