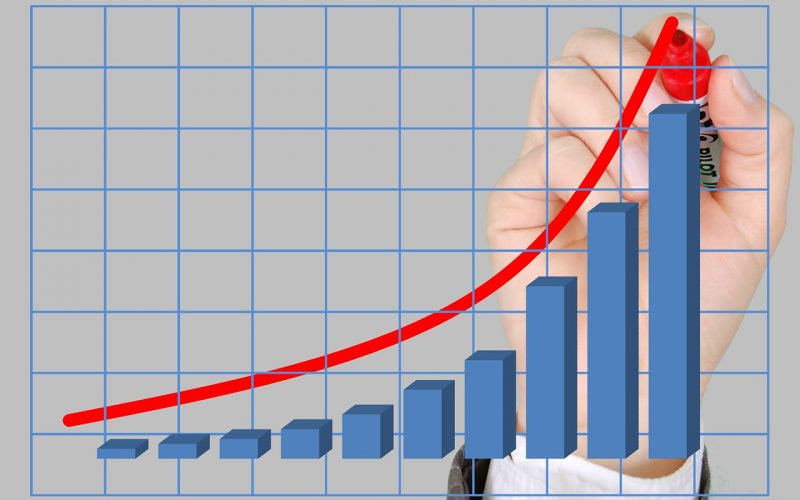 Now they are trying to convince us that dramatically higher prices are good news.  Are you kidding me?  Our standard of living is being systematically destroyed, and more Americans are falling out of the middle class with each passing day.  The government just announced that in July the consumer price index was 8.5 percent higher than it was the previous July.  Of course many have challenged the value of the inflation numbers that the government is giving us because the way inflation is calculated has been changed many times over the years.  As John Williams of shadowstats.com has pointed out, if the rate of inflation was still calculated the way that it was back in 1980 it would be far higher than anything that we experienced during the Jimmy Carter era of the 1970s.  You can spin that any way that you want, but it is still a raging national crisis.

Yes, energy prices in the U.S. have fallen a bit, and many Americans are very thankful for that.

This reprieve won’t last indefinitely, and so don’t celebrate too much.

Meanwhile, food costs continue to spiral out of control…

“The food index increased 10.9 percent over the last year, the largest 12-month increase since the period ending May 1979,” BLS said.

Some grocery store items have seen prices rise even faster, though.

“The food at home index rose 13.1 percent over the last 12 months, the largest 12-month increase since the period ending March 1979,” BLS said. “The index for other food at home rose 15.8 percent and the index for cereals and bakery products increased 15.0 percent over the year. The remaining major grocery store food groups posted increases ranging from 9.3 percent (fruits and vegetables) to 14.9 percent (dairy and related products).”

Those numbers are absolutely abysmal.

I am sure that you have noticed that prices are going up when you visit the grocery store.  Personally, I still remember the days when I could fill up an entire shopping cart full of food for just 25 dollars.

What will 25 dollars get you today?

In the old days, eggs were always a fairly inexpensive option, but the government is telling us that the price of eggs has risen 47 percent over the past year…

Inflation is wreaking havoc on breakfast, with egg prices at grocery stores soaring a whopping 47% in July over last year, according to retail analytics firm Information Resources Inc.

Of course the bird flu pandemic that has killed tens of millions of our chickens is the primary reason for that price spike.

As I detailed a few days ago, a number of major problems have combined to create a “perfect storm” for global food production.  The war in Ukraine, skyrocketing fertilizer prices and extremely bizarre weather patterns are just some of the reasons why global food supplies are getting tighter and tighter.

So the truth is that food inflation is not going away any time soon.

In fact, I expect global food prices to be substantially higher in 2023 because food production all over the planet will be way below expectations in the months ahead.

We could handle rising prices if our paychecks were going up just as fast.

Needless to say, that isn’t happening.  As Zero Hedge has pointed out, real average weekly earnings are “now down 16 straight months as inflation eats away at any wage gains”.

So even the highly manipulated numbers that the government is giving us show that our standard of living has been falling for 16 months in a row.

In the months ahead, I expect this trend to accelerate.  It is being projected that heating costs are going to greatly accelerate all over the western world, and that is certainly not going to help matters.

This will be particularly true over in Europe.  Becoming so dependent on Russian natural gas was a very foolish thing to do, and now the war in Ukraine has changed everything.

For example, over in the UK it is being projected that absurdly high heating bills will push a significant proportion of the population into financial hardship this winter.  The following comes from CNN…

Nearly one third of households in the United Kingdom will face poverty this winter after paying energy bills that are set to soar again in January, campaigners say.

About 10.5 million households will be in fuel poverty for the first three months of next year, according to estimates from the End Fuel Poverty Coalition (EFPC) published on Tuesday — meaning that their income after paying for energy will fall below the poverty line.

The UK is supposed to be one of the wealthiest nations on the entire planet.

But thanks to the war in Ukraine, household energy bills are about to soar to absolutely unprecedented heights…

If the war in Ukraine is causing this much pain, what will happen to global energy markets when Iran and Israel go to war?

And what will happen when the United States goes to war with China?

I keep trying to sound the alarm, because it is just a matter of time until those conflicts also erupt.

Meanwhile, food production all over the planet will continue to be ravaged by drought, floods, crippling fertilizer costs and persistent global supply chain problems.

Our leaders told us that inflation would just be “transitory”, but that turned out to be totally false.

Now they are telling us that next year will be better.

You can believe that if you want.

But right now global food production is being hit by major crisis after major crisis, and as a result food prices are likely to continue their upward spiral for quite some time to come.