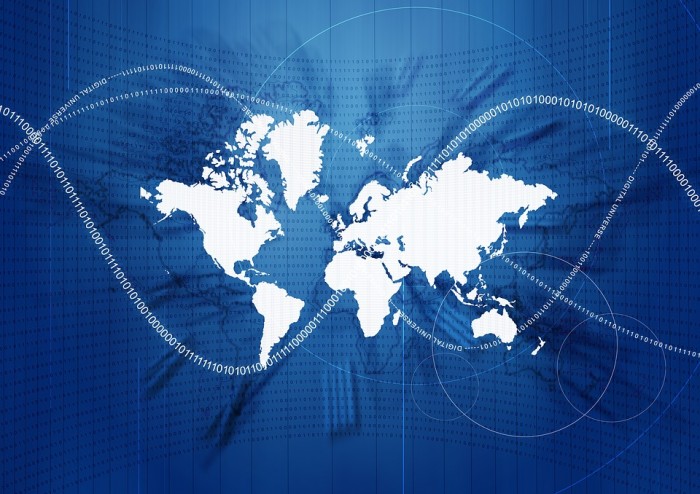 What happens when the two largest economies on the planet start fighting a trade war with one another? Well, we are about to find out. As you will see below, the U.S. has gone “nuclear” on China in a trade dispute over steel, and the Chinese response is likely to be at least as strong. Meanwhile, events in the South China Sea have brought tensions between the Chinese government and the Obama administration to a boiling point. The Obama administration strongly insists that China does not have a legal right to those islands, and in China there is now talk that it may ultimately be necessary to confront the United States militarily in order keep control of them. Most Americans may not realize this, but the relationship between the United States and China is officially going down the tubes, and this is likely to have very significant consequences during the years to come.

Let’s start with the trade war that has erupted. About a week ago, we learned that the Obama administration had decided to “go nuclear” on China by imposing a 522 percent duty on cold-rolled steel from China that is used in certain kinds of manufacturing…

In some regard, China has reason to be angry: the US unleashed what is nothing short of a nuclear bomb in its rapidly escalating trade war with China, and recently imposed duties of 522% on cold-rolled steel used in automobiles and other manufacturing, In doing so it has rendered Chinese exports to the US unsustainable and will force even more excess Chinese production to remain landlocked within China’s borders, making the domestic glut, and price collapse, that much worse.

Subsequently, it was announced that a 450 percent duty will be imposed on corrosion-resistant steel from China…

Corrosion-resistant steel from China will face final U.S. anti-dumping and anti-subsidy duties of up to 450 percent under the U.S. Commerce Department’s latest clampdown on a glut of steel imports, the agency said on Wednesday.

Needless to say, the Chinese are less than amused, because these “shock and awe” trade duties were clearly designed to punish China.

And of course the truth is that China has been abusing us for years, so there is definitely a case to be made that they deserve even harsher treatment. However, we need to keep in mind that the Chinese will retaliate for this. And when they retaliate, it will likely be quite painful for us. But for the moment, they are just issuing vague threats…

China’s Commerce Ministry said it was extremely dissatisfied at what it called the “irrational” move by the United States, which it said would harm cooperation between the two countries.

“China will take all necessary steps to strive for fair treatment and to protect the companies’ rights,” it said, without elaborating.

Meanwhile, events in the South China Sea continue to push the United States and China toward conflict. Let me summarize a few of the most important things that we have seen over the past month…

-In early May, Chinese authorities refused to give permission to the U.S.S. John C. Stennis battle group to make a routine port call at Hong Kong. The Chinese had not turned away a U.S. aircraft carrier in almost a decade, and many believe that this was in direct response to comments that U.S. Defense Secretary Ashton Carter had made regarding China’s territorial claims in the South China Sea.

-Subsequently, the Obama administration sent the U.S.S. William P. Lawrence sailing within 12 nautical miles of the disputed islands in the South China Sea. This was the third time that Obama has sent naval vessels cruising by those islands, and it provoked an extremely angry response from China.

-Just last week, two Chinese fighters and a U.S. spy plane nearly collided in mid-air approximately 50 miles away from Hainan island. This incident made headlines all over the planet.

Most Americans seem to believe that the Chinese are our “friends”, but in China the perspective is completely different.

The Chinese consider the United States to be their number one long-term strategic adversary, and they have been working feverishly to prepare for a future conflict with us.

For example, China just conducted a successful test of a new hypersonic glide vehicle that we do not have any defense against. The following comes from the Washington Free Beacon…

The test of the developmental DF-ZF hypersonic glide vehicle was monitored after launch Friday atop a ballistic missile fired from the Wuzhai missile launch center in central China, said officials familiar with reports of the test.

The maneuvering glider, traveling at several thousand miles per hour, was tracked by satellites as it flew west along the edge of the atmosphere to an impact area in the western part of the country.

In addition, just today there were global headlines announcing that China is poised to send subs carrying nuclear missiles into the Pacific for the first time ever…

The Chinese military is poised to send submarines armed with nuclear missiles into the Pacific Ocean for the first time, arguing that new US weapons systems have so undermined Beijing’s existing deterrent force that it has been left with no alternative.

Chinese military officials are not commenting on the timing of a maiden patrol, but insist the move is inevitable.

They point to plans unveiled in March to station the US Thaad anti-ballistic system in South Korea, and the development of hypersonic glide missiles potentially capable of hitting China less than an hour after launch, as huge threats to the effectiveness of its land-based deterrent force.

Let us hope that a full-blown shooting war with China does not erupt any time soon, but the reality is that we are already locked in a conflict with the Chinese on a number of different levels.

In a recent piece, XKeyscore summarized some of the ways in which China is already seeking to gain the upper hand…

Cyber-kinetic warfare: The creation and deployment of Stuxnet-type viruses, and hacking which lead to physical damage of infrastructure such as power grids, nuclear facilities, hydroelectric and telecommunications systems.

Socio-political warfare: establishment of “Confucian Centers” in the US and around the globe, and the funding of US universities in exchange for roles in university policy-making processes, which often in turn promote communist ideology.

Territorial: China runs port operations in many of the worlds largest and most strategically valuable ports and SLOCs (Sea Lines of Communication). The best example is the Panama canal. Both ends of the canal are controlled by China.

To most Americans, our rapidly deteriorating relationship with China is not much of an issue right now, and very few of our politicians are even talking about it.

However, I am fully convinced that this is an extremely ominous development, and that it will have very, very serious implications for our country during the years to come.

So what do you think? Please feel free to join the discussion by posting a comment below…