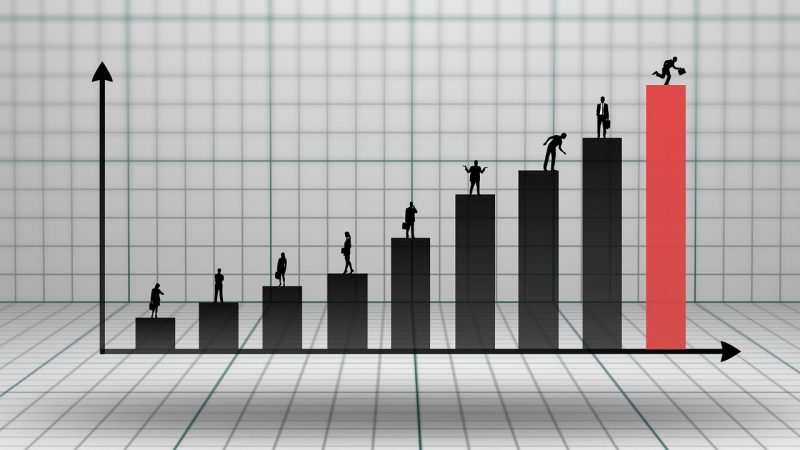 For those that can’t detect sarcasm, I am not actually sharing “investment advice” in this article.  Rather, I am pointing out how absurd our financial markets have become at this point.  While the real economy is mired in the worst economic downturn since the Great Depression of the 1930s, the stock market just keeps soaring to record high after record high.  If the underlying profits that these corporations were generating actually justified the extremely high stock prices that we have been witnessing, then I wouldn’t have anything to complain about.  Sadly, the truth is that many of the companies that are seeing their stocks soar into the stratosphere are not making any money at all.

I know that this may sound bizarre to many of you that do not follow the markets on a regular basis, but this is what is actually happening.

In fact, Goldman Sachs actually has something called a “Non-Profitable Technology Index”, and it has been rising at an exponential rate during this pandemic…

A chart that says a lot about today’s market pic.twitter.com/eRAYNzOjZw

Of course in order to be a part of the “non-profitable technology index” you have got to be losing money.

So as you can see, if you want to make big money in the stock market just buy tech companies that are losing boatloads of money and wait for the profits to rain from the sky.

At this point, the stock market has become such a rigged game that literally anyone can succeed.  Just ask this guy…

And that will work as long as stocks only keep going one way.

When the COVID pandemic started hitting the U.S. really hard, the powers that be decided that they were going to do whatever it took to support the stock market.

The Federal Reserve literally poured trillions of dollars into the financial system, and as a result the ratio of the Fed’s balance sheet to U.S. GDP is at an all-time record high.

Our politicians in Washington kept passing stimulus package after stimulus package, and as a result the ratio of the U.S. budget deficit to U.S. GDP is at an all-time record high.

We are literally destroying our currency and we have placed ourselves on the hyperinflation highway, but very few of our leaders in Washington seem too concerned about what is happening.

And without a doubt, what we are in right now is an epic bubble.  According to CNBC, the trailing price to earnings ratio of the median stock “has never been higher”…

Right now, it’s hard to deny that on the whole, stocks are rich relative to past earnings and forecast earnings. The trailing price/earnings ratio of the median U.S. stock, tracked by Ned Davis Research, has never been higher.

Meanwhile, the real economy continues to deteriorate all around us.

Earlier today, we learned that chocolate giant Godiva will be closing every single one of their stores in North America…

It was sweet while it lasted.

Belgian chocolatier Godiva will sell or close all 128 of its North American shops within the next few months, the company said this week.

Out on the west coast, many small businesses have decided to “go underground” in a desperate attempt to survive…

The owners of one Bay area massage business made the decision to reopen underground after 93 days on no income, telling Cal Matters that it came down to either paying “the fine or we can’t pay our mortgage.”

But why should anyone even try to run a small business at this point?

After all, can’t we all make enormous profits just by buying the stocks of tech companies that are losing millions of dollars every year?

Not even during the “dotcom boom” did we ever witness euphoria like this.

The more absurd the business model, the more investors seem to like it.

And investors really seem to like it when a company is endlessly hemorrhaging money with seemingly no hope of ever becoming profitable.

For now, investing like an idiot works because everyone is winning.

Of course someday the party will come to a very abrupt end.

But for now the madness continues, and most investors definitely do not want to be awakened from their stupor.

At the same time, the World Economic Forum is preparing the rest of us for a dismal economic future in which we eat worms, live in “tiny houses”, and are forced to carefully follow the new “green rules” for a sustainable environment.

The standard of living is going down for most of us, but thanks to rising stock prices the rich are now richer than ever.

This rapidly expanding gap between the wealthy and the poor is creating an enormous amount of tension in our society, and it is just a matter of time before all of that tension explodes in frightening and unpredictable ways.