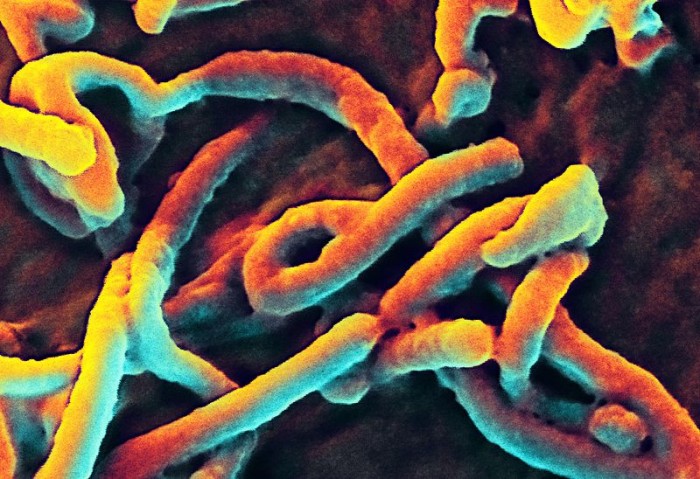 When it comes to Ebola, the story that the government is telling us just keeps on changing. At first, government officials were claiming that it was very difficult to spread the Ebola virus. Some of them were even comparing it to HIV. We were given the impression that we had to have “direct contact” with someone else’s body fluids in order to have any chance of catching the virus. But of course that is not true at all. Now authorities are admitting that Ebola is “aerostable”, that it can be “spread through droplets”, and that it can remain on surfaces for up to 50 days. That is far different information than we have been getting up until this point. So that means when they were so confidently declaring that they know exactly how Ebola spreads they were lying to us.

On October 24th, a 33 page document was released by the Defense Threat Reduction Agency, and in that document it is admitted that Ebola is “aerostable”. WND was one of the first news outlets to report on this…

The information was contained in a 33-page report released Oct. 24 by the Defense Threat Reduction Agency, the Department of Defense’s Combat Support Agency for countering weapons of mass destruction.

The agency report states “preliminary studies indicate that Ebola is aerostable in an enclosed controlled system in the dark and can survive for long periods in different liquid media and can also be recovered from plastic and glass surfaces at low temperatures for over 3 weeks.”

The report says the government is seeking technologies for the “rapid disinfection” of Ebola, including an aerosol version of the virus.

“The technology must prove effective against viral contamination either deposited as an aerosol or heavy contaminated combined with body fluids,” reads the solicitation document.

You can view the document for yourself right here.

So is there any difference between “aerostable” and “airborne”?

Meanwhile, the CDC has finally come out and publicly admitted that Ebola “is spread through droplets”.

In other words, it can be spread by a cough or a sneeze.

On the CDC website, it now says the following…

“A person might also get infected by touching a surface or object that has germs on it and then touching their mouth or nose.”

And once someone has coughed or sneezed, the virus can live on a surface for a very long time.

In fact, authorities in the UK now tell us that Ebola can survive on a glass surface for up to 50 days…

“To get Ebola, you have to directly get body fluids (like pee, poop, spit, sweat, vomit, semen, breast milk) from someone who has Ebola in your mouth, nose, eyes or through a break in your skin or through sexual contact.”

It turns out that is not even close to the truth.

And even as Obama boldly proclaims that there will not be an Ebola pandemic in the United States, the actions that his administration is currently taking suggest otherwise.

For example, we have just learned that the federal government has ordered 250,000 hazmat suits and is sending them to Dallas…

Why in the world would the Obama administration buy so many hazmat suits if everything was under control?

Is this Ebola outbreak much more of a potential threat than they are telling us?

Insurance companies sure seem to think so. In fact, many of them are now specifically excluding Ebola from their policies…

Remember the promise of universal health care with Obamacare, with no refusal for ‘pre-existing conditions’? It looks like your insurance company may not have to cover you if you get Ebola. U.S. and British insurance companies have begun writing Ebola exclusions into standard policies to cover hospitals, event organizers, and other businesses vulnerable to local disruptions.

While it is estimated that expenditures to treat the original Dallas Ebola patient, Thomas Eric Duncan, were approximately $100,000 an hour (though he passed anyway), it looks like insurance companies won’t be footing the bill.

President Obama originally refused to set up travel restrictions in and out of West Africa, too, even though the governments latest scare tactics and the CDC’s ineptitude have resulted in insurance companies creating new policies which exclude Ebola care. Renewals will also become costlier for companies opting to insure business travel to West Africa or to cover the risk of losses from quarantine shutdowns at home.

The American people deserve the truth.

I can understand the desire to keep people calm, but giving the public a false sense of security isn’t going to do anyone any good, and it might end up making this crisis much, much worse.

It is important for people to know how easily this virus spreads so that they can take appropriate measures to protect themselves and their families. Since June, approximately 400 health workers have caught this virus, and about 230 of them have died. These workers take extreme precautions to avoid getting Ebola. If this virus did not spread easily, this would not be happening.

So please share this article with as many people as you can. If our politicians and the mainstream media are not going to tell us the truth, then we are going to have to keep one another informed.