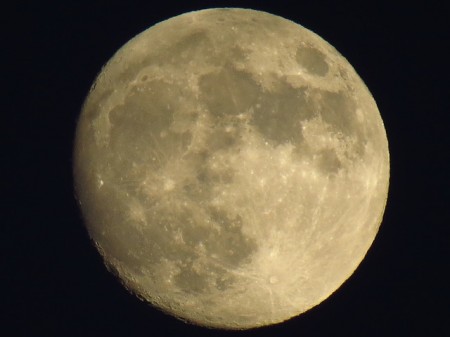 The full moons of summer this year — July 12, August 10 and September 9 — will all be Supermoons, as NASA calls them.

The phenomenon happens when the moon becomes full on the same day as its perigee — the point in the moon’s orbit when it’s closet to Earth.

“Generally speaking, full Moons occur near perigee every 13 months and 18 days, so it’s not all that unusual,” Geoff Chester of the U.S. Naval Observatory said in a statement from NASA. “In fact, just last year there were three perigee Moons in a row, but only one was widely reported.”