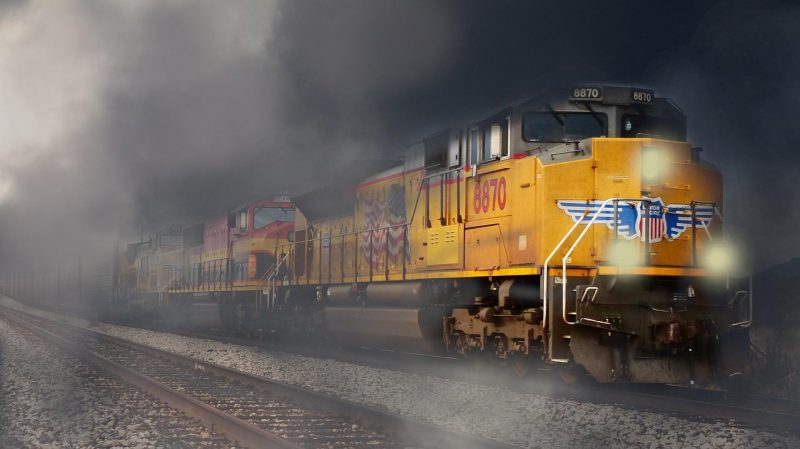 Did you know that an absolutely crippling national railroad strike could potentially start on July 18th?  If this actually happens, the historic supply chain crisis that we are experiencing right now will rapidly become far worse.  Each year, trains in the United States transport approximately “1.7 billion tons of raw materials and finished goods” to their ultimate destinations.  If that suddenly stops happening, our economy goes into the toilet.  I realize that may sound a bit crude, but that is the reality of what we are potentially facing.  So we better hope that national rail carriers and the unions representing the workers can come to an agreement before next Monday…

Railroad freight traffic across the United States could come to a screeching halt July 18 if progress isn’t made on a labor contract between national rail carriers and their unions.

Union officials stressed they do not want to go on strike, but argued they are being forced to consider the option in a bid to get better benefits, wages and staffing.

We aren’t just talking about a partial paralysis of rail traffic.

This would be a nationwide strike, and the entire system would suddenly be frozen.

The two sides were forced into a 30-day “cooling off period” after failing to reach an agreement working through the National Mediation Board. The cooling off period prevents unions from striking or railroads from locking out their workers while they continue to negotiate.

That cooling off period ends at midnight on July 18, and a coalition of unions could choose to go on strike at that point, said Sheet Metal Air Rail Transportation union president Jeremy Ferguson.

At this point, it appears that there will be a strike unless Joe Biden uses his powers to intervene.

And that is precisely what the U.S. Chamber of Commerce is asking him to do…

The U.S. Chamber of Commerce is calling on President Joe Biden to help resolve a dispute between the country’s Class 1 railroads and 12 rail unions to avert a possible rail strike beginning July 18.

In a letter sent to the White House on Wednesday, U.S. Chamber President Suzanne Clark warned that the decision last month by the National Mediation Board (NMB) to release the railroads and unions from mediation and begin a 30-day cooling off period “presents a new challenge to the U.S. business community, which is already navigating a difficult environment.”

Unless the administration acts, either party is free to exercise “self-help” options — including a strike beginning at 12:01 a.m. on July 18, when the 30-day cooling-off period ends.

One way or another, this labor dispute will eventually be resolved.

Let us hope that it is sooner rather than later.

But the truth is that our planet is ultimately facing long-term economic problems that are far more severe than any sort of temporary supply chain disruptions.

It has been said that “energy is the economy”, and it takes a tremendous amount of energy to power the standard of living that we are enjoying today.

And with each passing year, the size of the global population continues to go up.  In fact, the UN just announced that the population of the world will hit 8 billion in 2022…

Meanwhile, the amount of energy that we are producing has started to decline.

As Chris Martenson has pointed out, 2018 may have actually been the year when we hit “peak oil”…

It all comes down to the amount of oil that’s available because oil is the KING of all energy sources. And the king is weak and fading…it’s entirely possible that we’ll never again see as much oil come out of the ground as we did back in 2018.  That might have been the actual peak…

There are warning signs everywhere that oil supplies are extremely tight and that spare capacity simply doesn’t exist at the moment. Someday oil will forever be in the rearview mirror and this is why an economic collapse is inevitable.

From this point forward, it is going to be increasingly costly to get energy out of the ground.

And that means that our standard of living will inevitably keep going down.  Please take 20 minutes and watch this video in which Chris Martenson goes into great detail about all of this.

You may have noticed that energy prices have been rising very aggressively over the past couple of years.

And energy prices have a direct impact on what literally everything else costs.

As food and other essentials continue to spike in price, that is going to cause societal breakdowns all over the globe.

In fact, just this week we have seen extreme civil unrest in Sri Lanka and Albania.

Sadly, what we have witnessed so far is just the tip of the iceberg.

What is eventually coming will be so much worse.

Here in the United States, everyone still has plenty of food for now.

But food prices have been going up and up and up.

Even Costco has had to raise prices substantially.  Needless to say, a lot of people out there aren’t exactly pleased to be paying quite a bit more for chicken and soda at their food courts now…

According to Business Insider, the national price hikes on its chicken bake and 20-ounce soda were confirmed by a location in Rochester, New York, as well as food courts in other locations.

A lot of people out there still seem to think that the economic symptoms that we are currently experiencing are just “temporary”.

I wish that was true.

Unfortunately, a “return to normal” is simply not in the cards, and global energy supplies are going to continue to get tighter with each passing day.