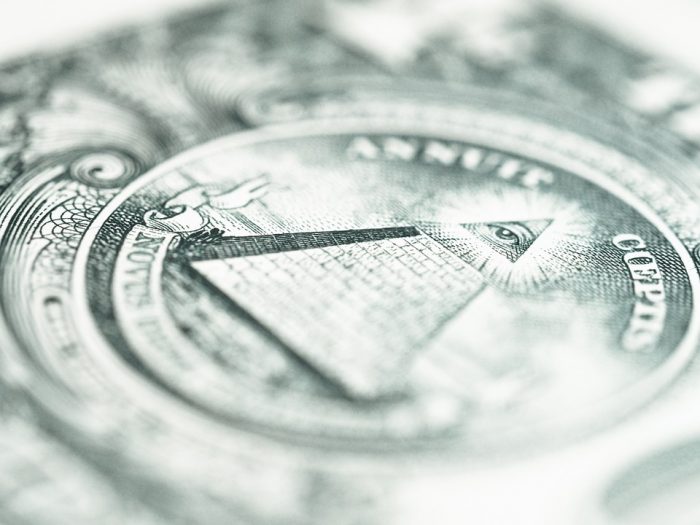 Fedcoin doesn’t even exist yet, and yet the Washington Post is already hyping it as the primary cryptocurrency that we will be using in the future. Do they know something that they rest of us do not? Just a few days ago I warned that global central banks could eventually try to take control of the cryptocurrency phenomenon, and so I was deeply alarmed to see the Post publish this sort of an article. We want cryptocurrencies to stay completely independent, and we definitely do not want the Federal Reserve and other global central banks to start creating their own versions. Because of course once they create their own versions they will want to start restricting the use of any competitors.

The one thing that could derail the cryptocurrency revolution faster than anything else would be interference by national governments or global central banks. Unfortunately, now that Bitcoin, Litecoin, Ethereum and other cryptocurrencies are getting so much attention, it is inevitable that the powers that be will make a move.

On Monday, the Washington Post published an opinion piece by Professor Campbell R. Harvey of Duke University that was entitled “Bitcoin is big. But fedcoin is bigger.” These days, there is an agenda behind virtually everything that the Washington Post publishes, and so it is not just a coincidence that they have published an article with “fedcoin” in the title. Here is how that article begins…

Over the past few weeks, investors have been flocking to bitcoin, the digital currency whose value has soared by about 2,000 percent in the past year alone. And while many economists are cautioning against excitement about bitcoin — which is caught up in what may be one of the biggest speculative bubbles in history — it’s important to note just how revolutionary the technology may be.

Indeed, the technology underlying bitcoin could fundamentally change the way we think of money.

Professor Harvey goes on to explain that it is “only a matter of time before paper money is phased out”, and that some version of “fedcoin” is inevitable.

But it doesn’t have to be.

The Federal Reserve and other global central banks could just leave us alone and allow us to create our own currencies. The cryptocurrency revolution is moving along just fine, and there is no need for any sort of interference.

But I have a feeling that the powers that be will eventually manufacture some sort of a “cryptocurrency crisis” if one does not happen naturally. In the aftermath, they will attempt to introduce some version of “fedcoin”, and many in the general public will be very thankful for the “solution” that the government has provided.

And that day may be closer than we think. In fact, the U.S. government has already invested millions into cryptocurrency research…

To add fuel to the fire, the U.S. government has been rigorously studying Bitcoin for about two years now… and instead of fighting Bitcoin, the Feds seem poised to wipe out the U.S. dollar by creating their own digital currency.

Cornell, the University of Maryland and the University of California Berkeley will focus on developing new cryptocurrency systems that, according to principal investigator Elaine Shi, will address “pain points” attributed to Bitcoin and other existing networks.

The Federal Reserve is far from alone. Other global central banks are doing their own research, and the Bank for International Settlements says that “all central banks” may eventually need their own cryptocurrencies. The following comes from CNBC…

Central banks may one day need to issue their own cryptocurrencies, the Bank for International Settlements said in its latest quarterly review.

“Whether or not a central bank should provide a digital alternative to cash is most pressing in countries, such as Sweden, where cash usage is rapidly declining,” the Sunday report said. “But all central banks may eventually have to decide whether issuing retail or wholesale [central bank cryptocurrencies] makes sense in their own context.”

This is going to be a critical phase for the cryptocurrency revolution, because the people of the world are going to have to make it exceedingly clear that they do not want central bank cryptocurrencies.

As existing fiat currencies fail, we want there to be independent cryptocurrencies that people can use as an alternative. And we don’t have to just imagine what that would look like. In fact, it is already happening in Venezuela…

But in Venezuela, the collapse of the bolivar has forced locals to turn to alternatives like bitcoin and local community-issued currencies with fixed exchange rates. The rapid erosion of the bolivar’s value made everyday transactions like buying groceries and paying cabbies untenable – customers had to pay with large, cumbersome stacks of bolivars that were difficult to transport.

Patricia Laya, a Venezuela-based reporter, tweeted a photo of the 5,000 bolivars – the maximum amount – she was able to withdraw from an ATM in Caracas. They’re worth around $0.05. Laya stated that she had waited 20 minutes in line to obtain $0.05 in hyperinflated currency worth little to no value, according to CCN.

Even though bitcoin transactions can take hours – even days – to settle, local merchants have readily embraced the digital currency.

This is a revolution that has the potential to completely change the global financial system, but I have a feeling that global central banks will never let it get that far. The current system funnels literally trillions of dollars to the very top of the food chain, and the elite are going to jealously guard their golden goose.