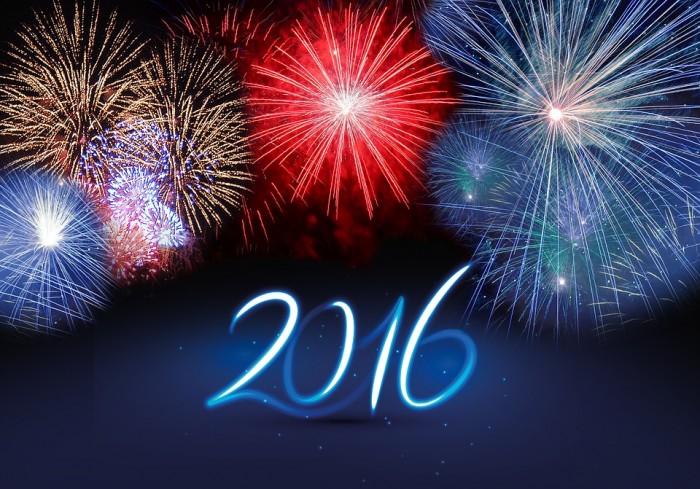 I have never seen more buzz about a potential terror attack during the holiday season than I am seeing right now. Over the past couple of weeks, the mainstream media and the alternative media have both been full of headlines about the possibility of terrorism on Christmas Day or New Year’s Eve. And personally, I have had numerous people contact me with their concerns or regarding something that they have heard from others. In addition to threats from ISIS, there are many out there that are completely convinced that we could soon see a major false flag incident in the United States. So are any of these rumors true? Will we soon see a major terror incident in America? I want to make it very clear that I do not know. As an attorney, I have been trained to come to conclusions based on the evidence, and at this moment I do not have anything completely solid to report to you. But I do believe that it is noteworthy that there is so much buzz about a potential terror attack that is coming in from so many different directions.

For example, earlier today a mainstream news report indicated that authorities had discovered a “credible threat” against New York City. The phrase “credible threat” was later retracted, but it is a fact that NYPD Commissioner William Bratton did hold “an emergency meeting” on Tuesday to address the threat of terror…

All New York City police officers received a bulletin Tuesday afternoon outlining the department’s tactical plan and warning officers to stay vigilant, according to sources. That internal memo mentioned social media being used as a tactic and that a possible attack could come without warning.

Expect to see increased police presence at iconic locations across multiple boroughs, including Times Square, St. Patrick’s Cathedral for Midnight Mass on Thursday, and Barclays Center in Brooklyn, marking the first time a threat has sparked a swell of police presence in a borough other than Manhattan.

In Germany, it is being reported that a former ISIS fighter is telling authorities that ISIS is planning “coordinated attacks across multiple European cities”…

ISIS are threatening coordinated attacks across multiple European cities, a former militant who escaped from the terror group has revealed.

The former Islamic State fighter – called Harry S – recently escaped from the group in Syria and is now being questioned by the authorities in Germany.

He says, along with other fighters, he was asked if he would “bring jihad to their homeland”.

Could he be telling the truth?

You never know. He might just be blowing a lot of hot air. But after what recently took place in Paris and San Bernardino, we all need to be more diligent.

And without a doubt, it is quite probable that the next attack could be bigger than anything else that we have seen so far. That same ex-ISIS fighter told the Germans that ISIS wants “something that happens everywhere at the same time”…

Worryingly, as reported by Der Spiegel, he told police: “They want something that happens everywhere at the same time.

“All you need is to take a big knife, and go down to the streets and slighter every infidel you encounter.”

And there is some evidence that radical Islamists have been planning just such an attack inside the United States. Just check out what authorities found when they recently raided the home of a 19-year-old jihadist in Pennsylvania…

Thursday, The U.S. Department of Justice announced the arrest of 19-year-old Jalil Ibn Ameer Aziz, who lived in a home with his parents in the 1700 block of Fulton Street in Harrisburg.

According to an affidavit, Aziz was preparing to conduct or assist in an attack in the U.S. An investigation also revealed that Aziz attempted to aid ISIS supporters in traveling to Syria for the purpose of becoming ISIS fighters.

On November 27, investigators raided Aziz’s home and found five loaded M4-style high-capacity magazines, a modified kitchen knife, a thumb drive, medication and a balaclava inside a backpack Aziz’s kept inside a closet.

We also know that the San Bernardino shooters had accumulated quite an arsenal in their home as well. Mike Adams of Natural News believes that this is yet more evidence that a “multi-city ISIS attack” was being planned…

I have reason to believe that a massive, multi-city ISIS attack will be unleashed across America in the near future.

Why do I believe this? Because the evidence points to the likelihood that the San Bernardino ISIS terrorists disobeyed orders and prematurely initiated their attack on a relatively small group. The twelve pipe bombs and thousands of rounds of ammunition found in their apartment point to the realization that they were preparing for something much larger.

If you’re a terrorist, you don’t build twelve pipe bombs and then leave them behind during your attack. You use them in large crowds, of course, to maximize the bloodshed and terror factor. The very existence of these pipe bombs — if indeed they weren’t planted by the feds — means that another, larger attack was in the planning stages and approaching activation.

Whether we see a major attack within the next couple of weeks or not, it is inevitable that the next one will happen at some point. I think that the holidays are a flashpoint in particular because they have a great deal of symbolic meaning and because there are such large public gatherings of people around Christmas and on New Year’s Eve.

And the federal government recognizes this as well. As Christmas draws closer, FEMA has been helping churches prepare for “active shooter incidents“, and the feds will be keeping a very close eye on New Year’s Eve celebrations in New York City and elsewhere.

Of course many Americans do not have much faith in the ability of the federal government to protect them. In fact, there are some that are simply going to avoid any large public gatherings of people until after the holidays are over.

So are those individuals being paranoid or prudent?