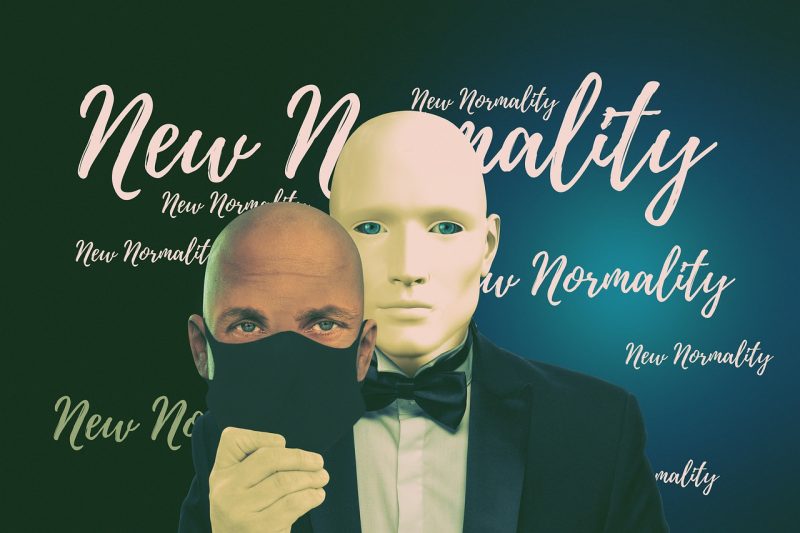 Wouldn’t it be wonderful if we all wake up someday and the pandemic is finally behind us?  Wouldn’t it be wonderful to go back to a world with no masks, no restrictions and no mandates?  I know that is what so many of you want.  I want it too.  Just like millions of others, we are ready for this long nightmare to finally end.  Unfortunately, we are now being told that this crisis is never going to have an end.  COVID is apparently going to be with us indefinitely, and that means that we will be talking about masks, restrictions and mandates for years on end.  I know that must sound extremely depressing, because it sounded extremely depressing when I wrote it.

In the long run, it appears that the best chance that we have of escaping the status quo would be to vote in new leaders that understand the importance of freedom.

But voters in California just had that opportunity, and they didn’t take it.

Voters in Canada just had an opportunity to get rid of Trudeau, and that didn’t happen either.

I don’t know if I will ever understand why people would willingly choose leaders such as Newsom and Trudeau.  It makes no sense to me at all.

Sadly, they are far from being exceptions, because we have people like them in positions of power all over the western world right now.

Control freaks are drawn to politics like moths to a flame, and this pandemic has given them a perfect opportunity to exercise their worst instincts.  So many officials have decided to use what power they have to punish and oppress those that they disagree with, and that is extremely unfortunate.

Earlier today, I was stunned to learn that one official in Australia just went on television and warned that “life for the unvaccinated will be very difficult indefinitely”…

Berejiklian said people who choose not to be vaccinated could be barred entry to shops, restaurants and entertainment venues even after the state lifts all restrictions against them on Dec. 1.

“A lot of businesses have said they will not accept anyone who is unvaccinated,” Berejiklian told Seven News on Tuesday. “Life for the unvaccinated will be very difficult indefinitely.”

What a thing to say.

“Indefinitely” is a very long time.

Pfizer CEO Dr. Albert Bourla is also telling us to expect permanent changes to our lifestyles.  Over the weekend, he told ABC’s George Stephanopoulos the following…

“The most likely scenario for me, it is because the virus has spread all over the world, that we will continue seeing new variants that are coming out, and also we will have vaccines that will last at least a year. I think the most likely scenario is annual revaccinations, but we need to wait and see the data.”

Do you understand what he is saying?

He is saying the COVID booster shots are going to be with us forever.

And presumably if you don’t stay “fully vaccinated” you will be banned from a whole host of jobs and professions.

Those that choose not to comply will permanently be outcasts that will increasingly be pushed to the fringes of society.

It shouldn’t be that way.  We are supposed to be “the land of the free”, and people should be able to make their own health decisions without any government oppression.

Unfortunately, we now have people like Joe Biden in control.  When he was getting his COVID booster shot, he was asked what it would take for our country to get back to normal.

His response was very alarming…

“How many Americans need to be vaccinated for us to get back to normal? What is the percentage of total vaccinations that have to be employed?” an unidentified reporter asked the president.

“Look, I think we get the vast majority, like what’s going on in some of these industries and some schools, ticks up to 97, 98 percent. I think we’re getting awful close,” Biden claimed.

We are never going to get even close to that number nationally, I can guarantee you that.

So according to Joe Biden, we will never be ready to “return to normal” as a nation.

If you don’t go out and get a “booster shot” every time that they tell you to get one, you will not count as being “fully vaccinated”.  And if you are not “fully vaccinated”, Biden’s new mandates may force you out of your job.

Thankfully, Biden’s mandates have proven to be quite unpopular with the American people.  Just check out these poll numbers…

A new poll from The Trafalgar Group reveals that 65% of respondents say “no” to the question, “Do you believe Americans should lose their jobs if they object to taking the COVID-19 vaccine?”

If Biden wants the angry anti-Biden chants to stop in stadiums all across the country, he should stop trying to be such a tyrant.

Americans simply want to be free to make their own health decisions without any sort of government coercion.

What the Biden administration is attempting to do is morally wrong and it is fundamentally un-American.

If Biden keeps pushing people, they are going to get angrier and angrier.  Earlier today, I came across a mainstream news article about the growing anger of the American people…

In public and across social media, anger is boiling over. Arguments are quick to erupt and sometimes turn physical.

There are certainly a lot of reasons why people are so angry right now, but a huge step in the right direction would be to start giving people their liberties and freedoms back.

And one of the most important freedoms that we have is the freedom to make our own health decisions.

Unfortunately, we are seeing a trend toward authoritarianism all over the globe, and many believe that it will only get worse in the years ahead.

Let us hope that a way can be found to turn things around while we still have time to do so.

Perhaps if enough people wake up, voters worldwide will start throwing out the tyrants and will start voting in public servants that actually respect our God-given liberties and freedoms.

We desperately need change, because right now officials all over the world are telling us that there will never be a return to “normal”, and that would be a very bleak future indeed.