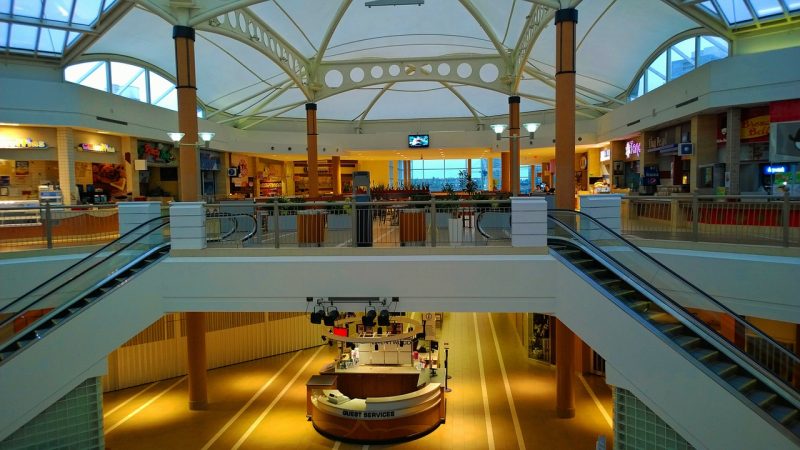 We need to make 2021 a year of hope, because right now there is more economic suffering in America than we have seen since the Great Depression of the 1930s.  More than 100,000 businesses have permanently closed down since the pandemic began, many of our most iconic chains have filed for bankruptcy over the past 12 months, and tent cities are popping up in major cities all across the country.  Coming into this year, the suicide rate in the U.S. was already at an all-time record high, and a Gallup survey recently discovered that the mental health of Americans is at an all-time low.  If we can’t find a way to give people hope, multitudes of Americans will decide that life is no longer worth living just like Anthony Quinn Warner did.  The explosion in Nashville should be a wake up call for all of us, because there are countless others out there that are feeling the hopelessness that Warner did.

In 2020, we saw retail stores close their doors at a pace that we have never seen before.  According to the New York Post, NYC lost more than 1,000 chain stores all by itself…

The Big Apple saw almost one in seven nationally recognized chain-store branches close their doors as the pandemic sent consumers scurrying for cover, according to a new report.

A record high 1,057 chain stores — including 70 Duane Reades, 49 Starbucks and 22 Papyruses — have waved the white flag over the past 12 months, according to the Center for an Urban Future’s annual “State of the Chains” report, set to be ­released Wednesday.

If you go back to 2018, 0.3 percent of all chain stores in the city shut down permanently.

This year, that figure has skyrocketed to 13.3 percent…

The 13.3 percent decline shatters all previous records reported by the nonprofit agency since it began tracking the data 13 years ago. Last year, just 3.7 percent of all chain outlets closed, up from 0.3 percent in 2018.

Of course the same thing is happening all over the nation.  Empty retail buildings now litter the landscape, and it is only going to get worse.

But it is hard to imagine that the next 12 months could actually be worse than the past 12 months.  In an article published earlier this month, CNN listed 30 major chains that have filed for bankruptcy in 2020…

Sadly, now that the holiday season is done there will inevitably be another huge wave of store closings and bankruptcies.

Of course the new lockdowns are certainly not helping matters at all.  Millions upon millions of people are staying home and not spending money, and this is hitting the restaurant business particularly hard.

In fact, the National Restaurant Association is warning “that 40% to 50% of restaurants may go bankrupt in the months ahead” if something is not done…

The National Restaurant Association said that 40% to 50% of restaurants may go bankrupt in the months ahead if they don’t reopen immediately. Two of the U.S.’s most iconic restaurants, the 21 Club in Manhattan and the Cliff House in San Francisco, announced they had closed their doors permanently after nearly 100 years of business. As they die, so do hundreds of jobs in these cities. The workers out of work aren’t rich. Overall, 15 million middle-income people work for bars and restaurants.

I can definitely understand why so many restaurant owners are absolutely furious right now.

You can watch one restaurant owner give an impassioned speech in which he boldly declares that “I’m not ready to give my country up to these people” right here.  I have to admit, I got pretty fired up watching that one.

Unfortunately, the control freak politicians have shown that they are willing to take draconian measures in order to implement their ridiculous lockdowns.  For example, just recently heavily armed police heartlessly raided a hair salon that refused to comply with the COVID lockdown in California.  If I was that salon owner, I would move out of California and never look back.

Democrats and their liberal economic advisers obsess about income inequality. Will someone please tell them that no act in modern times has widened the gap between the rich and the poor more than the lockdowns going on right now?

Diane Yentel, the president and CEO of the leftist National Low Income Housing Coalition, said, “The majority of the up to 17 million households at risk of losing their homes this winter are people of color.”

As economic conditions continues to unravel, more Americans are falling out of the middle class and into poverty with each passing day, and we continue to see more evidence of this all around the nation.  In Chicago, it was being reported that people were lined up for 15 blocks to receive food and toys at a holiday giveaway…

A Chicago actress and her foundation brought 3,000 toys, food, and countless smiles to the West Garfield Park neighborhood for the holidays Wednesday.

As CBS 2’s Marissa Parra reported, people waited for more than two hours in their cars for the giveaway, and there were lines that stretched over 15 blocks – dramatically underscoring the need.

Can you imagine waiting in a line that is 15 blocks long?

The bread lines during the Great Depression were long, but I don’t think they were that long.

Homelessness is also growing at a very frightening rate, and this is fueling the rise of tent cities from coast to coast…

Tent cities are expanding across the United States as experts warn that the ongoing pandemic could lead to a ‘catastrophic’ homeless crisis where hundreds of thousands more Americans are living on the streets.

In Phoenix, authorities have converted two enormous parking lots into tent cities for the homeless, but even the homeless are being required to follow social distancing protocols…

To deal with an exploding homeless population and encourage social distancing during the pandemic, Marcipoa County officials turned this pair of asphalt-topped parking lots into the area’s newest homeless shelter. The county has more than 7,500 people on the streets, and nearly 5,000 dead from COVID-19.

Inside the crowded encampment, ringed by security fencing and barbed wire, each family has been allotted a 12-by-12-foot lot, marked by paint, to separate people as much as possible.

This is the cold, hard reality that multitudes of people are living at this point.  Dependence on the government and unquestioning submission to authorities have become a way of life for countless numbers of Americans, and economic conditions are not going to be getting better for the foreseeable future.

This is why we must give people hope in 2021 and beyond, because the amount of economic pain that we are witnessing around the country is already off the charts.

The government may be able to send checks to people, but it cannot give them hope.

And when people have lost all hope and have become extremely desperate, they can end up doing very foolish things just like Anthony Quinn Warner did.