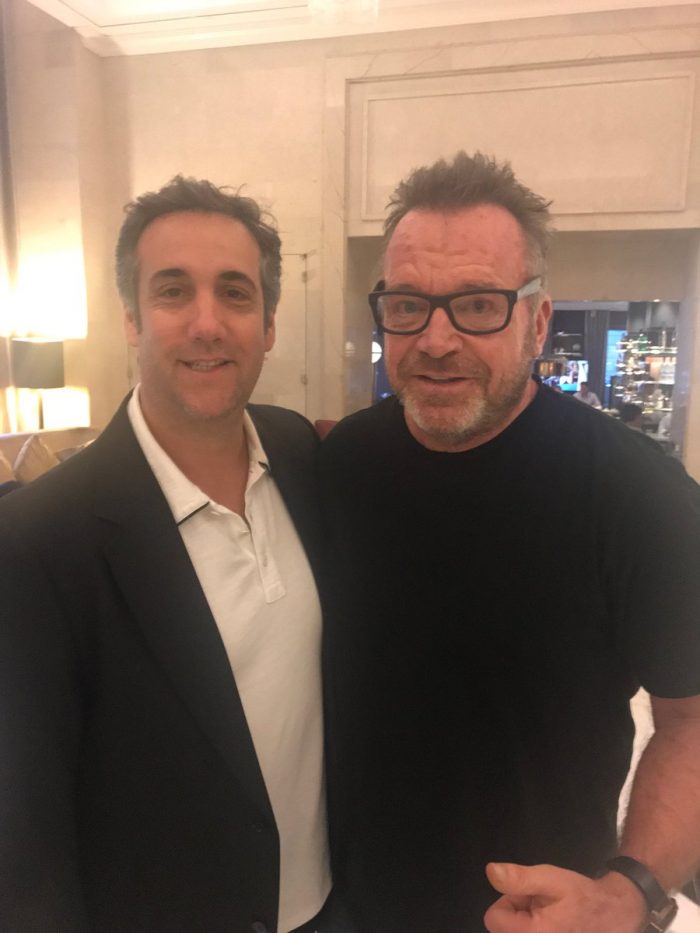 Two giant losers have united forces in an effort to take down the president.

Should Donald Trump be scared of these guys?…

Arnold tweeted a photo with Michael Cohen on Thursday with the caption “I Love New York,” which Cohen retweeted without comment.

Arnold then told NBC News that he met with Cohen as part of a show he is working on for Vice, in which he searches for incriminating videos of the president.

“This dude has all the tapes — this dude has everything,” Arnold told NBC News. “I say to Michael, ‘Guess what? We’re taking Trump down together,’ and he’s so tired he’s like, ‘OK,’ and his wife is like, ‘OK, f— Trump.’”