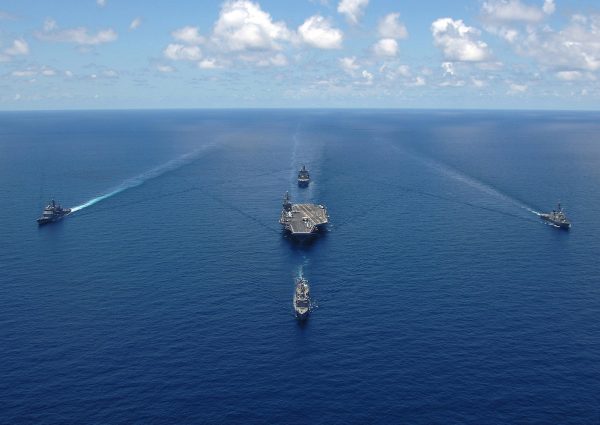 On Wednesday afternoon, senior U.S. officials gathered at the White House to discuss possible military options for Venezuela. Meanwhile, the Russians are warning of grave consequences if the U.S. invades, and so the stage is being set for a potential showdown between the world’s two foremost military powers. Previously, administration officials had hoped that the Venezuelan people would rally around Juan Guaido to such a degree that it would not require military intervention to oust Venezuelan President Nicolas Maduro, but that hasn’t happened. In fact, Guaido’s big push to start a revolution in the streets over the past few days has ended up being a total flop. The following comes from Yahoo News…

Guaido had called for the “largest march” in Venezuela’s history and said on Twitter that “millions of Venezuelans” were in the streets in “this final phase” of his move to oust Maduro.

But by late afternoon, many of the protesters in the capital Caracas were drifting home.

Despite Guaido’s calls for the military to support him, the armed forces leadership has so far remained loyal to Maduro, who has been in power since 2013.

But that isn’t what this is about. U.S. officials have decided that it is time to impose their will on the people of Venezuela, and they have determined that Maduro must go. If Guaido cannot create a successful internal revolution, then other options will be explored.

And as I mentioned in the opening paragraph, there was a very, very important gathering of top U.S. officials at the White House on Wednesday afternoon…

Senior U.S. administration officials, including Secretary of State Mike Pompeo, acting Defense Secretary Patrick Shanahan, Chairman of the Joint Chiefs of Staff Gen. Joseph Dunford, and National Security Advisor John Bolton, will meet at the White House Wednesday afternoon. With the situation on the ground still “extraordinarily fluid,” according to Shanahan, the U.S. says it is still weighing military options.

Don’t you wish that you could have been a fly on the wall for that meeting?

Of course we already know what Pompeo and Bolton are thinking. This is what Pompeo just told Fox Business…

“Military action is possible. If that’s what’s required, that’s what the United States will do.”

In other words, if Guaido can’t get the job done, our boys and girls are going in.

And John Bolton has repeatedly insisted that “all options are on the table” regarding Venezuela, and he just told reporters the following about potential Russian interference…

“This is our hemisphere,” he told reporters outside the White House. “It’s not where the Russians ought to be interfering. This is a mistake on their part. It’s not going to lead to an improvement of relations.”

So precisely what would Bolton like us to do about it?

The Russians already have troops and military equipment in Venezuela, and they are there with the permission of the Venezuelan government. Does Bolton really want us to attack and risk a war with Russia?

And for what? Venezuela certainly has a lot of oil, but the truth is that there is no fundamental national security interest at stake in Venezuela.

Unfortunately, there is a growing consensus in Washington that something must be done about Venezuela, and the hysteria has already reached absolutely ridiculous levels. For example, just consider the words of U.S. Senator Rick Scott…

“Here is what is going to happen. We are in the process, if we don’t win today, we are going to have Syria in this hemisphere. So, we can make sure something happens now, or we can deal with this for decades to come. If we care about families, if we care about the human race, if we care about fellow worldwide citizens, then we’ve got to step up and stop this genocide.”

In response to those comments, this is what Tucker Carlson had to say…

When was the last time we successfully meddled in the political life of another country? Has it ever worked? How are the democracies we set up in Iraq, in Libya, in Syria, and Afghanistan right now? How would Venezuela be different? Please explain — and take your time.

Are we prepared for the refugees a Venezuelan war would inevitably produce? A study by the Brookings Institution found that the collapse of the Venezuelan government could force eight million people to leave the country. Many of them would come here. Lawmakers in this country propose giving them temporary protected status that would let even illegal arrivals live and work here, in effect, permanently, as many have before, with no fear of deportation. Are we prepared for that?

If we are going to ask members of our military to shed their blood, it had better be for a really, really good reason.

Of course that is the best case scenario.

In a worst case scenario, a U.S. military invasion of Venezuela would spark a war with Russia, and the Russians are making it very clear that there will be “grave consequences” if we attack…

Meanwhile, the U.S. is getting dangerously close to war with Iran as well. The Iranians are threatening to close the Strait of Hormuz in retaliation for Washington cutting off all their oil exports, and if the Strait of Hormuz gets shut down all hell could break loose.

U.S. officials want to “get tough” with all of our enemies around the world, and that is fine as long as you know what are you doing.

Because even one miscalculation can result in missiles flying back and forth, and once peace is taken from the Earth things could get wildly out of control very rapidly.

So let us hope that cooler heads prevail, because right now we are quickly approaching a tipping point.