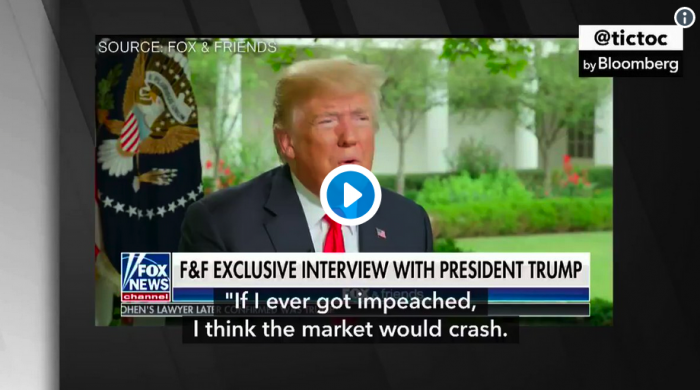 (Fox News) President Trump, in an exclusive interview with Fox News’ Ainsley Earhardt, warned that the “market would crash” if he’s ever impeached — while questioning why Democrats would even consider that course in the future.

“I don’t know how you can impeach somebody who’s done a great job,” Trump said, in the interview which aired Thursday on “Fox & Friends.”

Trump says “the market would crash” if he was impeached. But @conorsen says it’d be the opposite: If the economy crumbles, Republicans will be ready to impeach https://t.co/dFCIq6aIYg