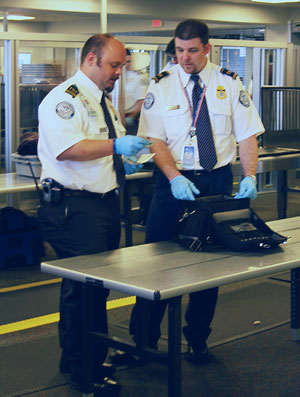 Illegal aliens are being allowed to fly on commercial airliners without valid identification, according to the National Border Patrol Council (NBPC). “The aliens who are getting released on their own recognizance are being allowed to board and travel commercial airliners by simply showing their Notice to Appear forms,” NBPC’s Local 2455 Spokesman, Hector Garza, told Breitbart Texas.

“This is not the CBP [Customs and Border Protection] or another federal agency renting or leasing an aircraft, these are the same planes that the American public uses for domestic travel,” said Garza. “This just adds insult to injury. Not only are we releasing unknown illegal aliens onto American streets, but we are allowing them to travel commercially using paperwork that could easily be reproduced or manipulated on any home computer. The Notice to Appear form has no photo, anyone can make one and manipulate one. They do not have any security features, no watermark, nothing. They are simply printed on standard copy paper based on the information the illegal alien says is the truth.”