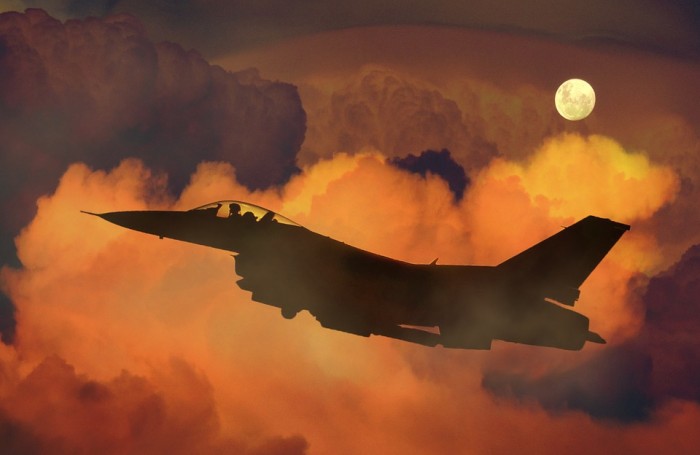 Turkish President Recep Tayyip Erdogan has just announced that the only reason Turkish military forces have entered northern Syria is to “end the rule of the tyrant al-Assad”. By publicly proclaiming that Turkey intends to use military force to overthrow the regime of Syrian President Bashar al-Assad, Erdogan has essentially declared war on the Syrian government. Of course this puts a member of NATO in direct military conflict with Russia, since Russia is working very hard to prop up the Assad regime. If all-out war breaks out between Turkey and Russia, could that be the spark that causes World War 3 to erupt in the Middle East? And once Turkey and Russia start fighting, would the United States and the rest of NATO be dragged into the conflict?

The big mainstream news networks in the western world are almost completely ignoring what Erdogan said on Tuesday, but without a doubt this is major news. The following comes from a Turkish news source…

“In my estimation, nearly 1 million people have died in Syria. These deaths are still continuing without exception for children, women and men. Where is the United Nations? What is it doing? Is it in Iraq? No. We preached patience but could not endure in the end and had to enter Syria together with the Free Syrian Army [FSA],” Erdoğan said at the first Inter-Parliamentary Jerusalem Platform Symposium in Istanbul.

Turkish military forces initially invaded northern Syria on August 24th, and at the time we were all told that the purpose of the invasion was to “fight ISIS”, but now Erdogan is telling us something completely different.

Breitbart is one of the few U.S. news outlets that is reporting on this story, and I want you to read the following quotes from Erdogan that come from a Breitbart article that was posted on Tuesday very, very carefully…

“Why did we enter? We do not have an eye on Syrian soil. The issue is to provide lands to their real owners. That is to say we are there for the establishment of justice. We entered there to end the rule of the tyrant al-Assad who terrorizes with state terror,” Erdogan continued, insisting his forces were not in Syria for “any other reason.”

The Daily Sabah notes that Erdogan spoke with Russian President Vladimir Putin about Syria during two telephone calls last week. Since Russia launched a massive military operation to secure Bashar Assad in power, Putin would presumably have been interested in anything Erdogan had to say about toppling the regime in Damascus, and probably would not have kept quiet about it.

If the Turkish military is only in Syria to end the Assad regime, then presumably they will stay there until the job is done.

And this puts Turkey into a direct military conflict with Russia, Iran and Hezbollah since all three of them are already fighting very hard to help the Assad regime.

Of course there is another reason why Turkey is in northern Syria, and that is to fight the Kurds. In fact, the Kurds and Turkey are both rushing to capture a little city northeast of Aleppo called al-Bab which is currently controlled by the Islamic State…

Their immediate challenge is securing al-Bab, an Islamic State-held city northeast of Aleppo which Kurdish-led fighters are racing to take, and which lies close to the front lines of Assad’s allies.

Turkish-backed forces have made rapid gains since August, but largely through less heavily populated areas. Urban warfare around al-Bab is already taking a heavier toll. Five Turkish soldiers have been killed in the past week alone, three of them in a suspected Syrian government air strike.

“Right now the question is whether Russia will allow Turkey to seize al-Bab,” said the Muntasir Billah Brigade official.

But most people in the western world don’t know that Turkish soldiers are already dying in Syria.

Here in the United States, tens of millions of Americans are hailing a new era of “peace and prosperity” now that Donald Trump has won the election, but the truth is that one false move in Syria could easily raise tensions between the United States and Russia to the highest level that we have seen since the Cuban missile crisis back in the 1960s.

If Erdogan would have just stayed out of Syria we wouldn’t be in such a precarious situation. Unfortunately, the president of Turkey is a narcissistic lunatic, and he dreams of a day when the old Ottoman Empire will once again be restored.

But his delusions of greatness threaten to make the Middle East even more unstable than it already has been. In addition to his remarks above, on Tuesday Erdogan also called on all Muslims globally “to embrace the Palestinian cause and protect Jerusalem”…

Turkish President Recep Tayyip Erdogan has urged Muslims to defend the Palestinian cause, striking a tough stance on Israel despite improved ties between the two nations.

The president of majority Muslim Turkey said Tuesday that “it is the common duty of all Muslims to embrace the Palestinian cause and protect Jerusalem” and that safeguarding the Al-Aqsa Mosque should not be left to children armed with nothing but stones. Located in the Old City of Jerusalem, the hilltop compound is sacred to Muslims and Jews.

Most people in the western world pay very little attention to Erdogan, but the truth is that he is a madman that is often referred to as “Turkey’s version of Adolf Hitler”. He is extremely ambitious, extremely nationalistic, and he is a warmonger. That is a very dangerous combination, and I believe that it is only a matter of time before he starts a major war in the Middle East.

Somebody needs to get this guy under control, but unfortunately the Obama administration has been very hesitant to confront Erdogan about his outrageous behavior.

When Erdogan openly stated that the Turkish military is in Syria to overthrow the Assad regime on Tuesday, that was like lighting a match in a room that has already been doused with propane.

He needs to immediately retract those comments, because his unique brand of lunacy has now brought us dangerously close to the start of World War 3.

4 thoughts on “Turkey Has Declared War On Syria – Does This Mean That World War 3 Is About To Erupt In The Middle East?”