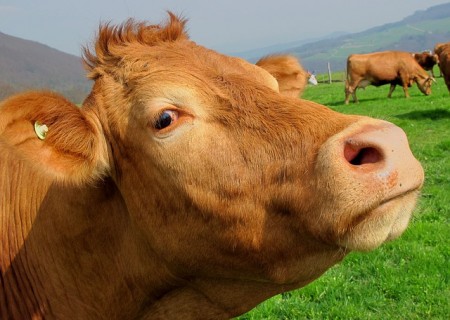 In the meadow, four white-haired Shorthorn heifers peel off from the others, raising their heads at the same time in the same direction. Unsettling, when you know they are clones.

From their ears dangle yellow tags marked with the same number: 434P. Only the numbers that follow are different: 2, 3, 4 and 6.

The tag also bears the name of the company that bred them and is holding them temporarily in a field at its headquarters in Sioux Center, Iowa: Trans Ova Genetics, the only large US company selling cloned cows.

A few miles away, four Trans Ova scientists in white lab jackets bend over high-tech microscopes in the company’s laboratories. They are meticulously working with the minute elements of life to create, in Petri dishes, genetically identical copies of existing animals.