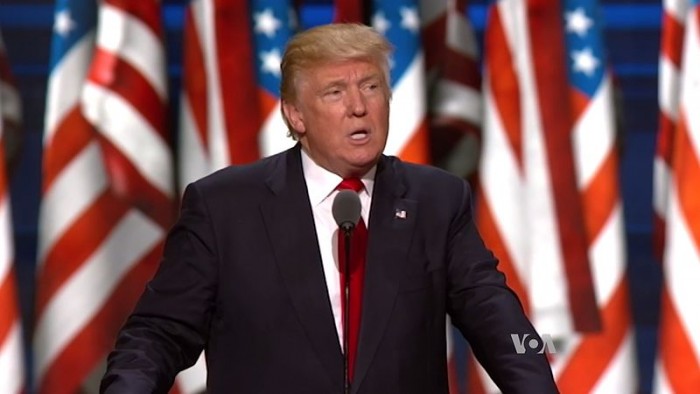 Gallup’s U.S. Economic Confidence Index has never been higher than it is today. The “Trumphoria” that has gripped the nation ever since Donald Trump’s miraculous victory on election night shows no signs of letting up. Tens of millions of Americans that were deeply troubled by Barack Obama’s policies over the last eight years are feeling optimistic about the future for the first time in a very long time. And it is hard to blame them, because what we have already seen happen since November 8th is nothing short of extraordinary. The stock market keeps hitting record high after record high, the U.S. dollar is now the strongest that it has been in 14 years, and CEOs are personally promising Trump that they will bring jobs back to the United States. These are things worth getting excited about, and so it makes perfect sense that Gallup’s U.S. Economic Confidence Index has now risen to the highest level that Gallup has ever seen…

The latest figure is up slightly from the index’s previous high of +8 recorded in both of the prior two weeks. The first positive double-digit index score since the inception of Gallup Daily tracking in 2008 reflects a stark change in Americans’ confidence in the U.S. economy from the negative views they expressed in most weeks over the past nine years.

And of course this booming level of confidence is not just reflected in Gallup’s numbers. As I discussed in a previous article, the mammoth shift in the results of CNBC’s All-America Economic Survey after the election was nothing short of historic…

The CNBC All-America Economic Survey for the fourth quarter found that the percentage of Americans who believe the economy will get better in the next year jumped an unprecedented 17 points to 42 percent, compared with before the election. It’s the highest level since President Barack Obama was first elected in 2008.

The surge was powered by Republicans and independents reversing their outlooks. Republicans swung from deeply pessimistic, with just 15 percent saying the economy would improve in the next year, to strongly optimistic, with 74 percent believing in an economic upswing. Optimism among independents doubled but it fell by more than half for Democrats. Just 16 percent think the economy will improve.

On Tuesday, the Dow Jones Industrial Average closed at yet another all-time record high.

That was the 17th record close since election day, and overall the Dow is up a whopping 8 percent during that time span.

I don’t think that we have ever seen an extended post-election stock market rally quite like this one, and the U.S. dollar is rallying too. On Tuesday, the U.S. dollar was the strongest that it has been in 14 years…

The dollar hit a fresh 14-year high on Tuesday, boosted by upbeat comments from Federal Reserve Chair Janet Yellen that kept alive market expectations for swifter U.S. interest rate hikes next year than had been expected.

The greenback climbed broadly but its gains were strongest against the yen, which slid as much as 1 percent after the Bank of Japan kept monetary policy unchanged.

But of course not everything is rainbows and unicorns. Signs of trouble continue to erupt all over the U.S. economy, and there are many that believe that Trump will be facing some very serious economic concerns very early in his presidency.

Just look at what is happening in the auto industry. Unsold vehicles are piling up at an alarming pace at dealers all over the nation, and GM just announced that it is going to temporarily close five factories…

GM has been reacting to its fabulously ballooning inventory glut by piling incentives on its vehicles. But that hasn’t worked all that well though it cost a lot of money. Now it’s time to get serious.

It will temporarily close five assembly plants in January and lay off over 10,000 employees, spokeswoman Dayna Hart said today.

And GM is definitely not alone. Back in October, Ford made a similar announcement…

In October, Ford announced that it would temporarily shut down production at one of its F-150 assembly plants (Kansas City), along with production at a plant that assembles the Escape and the Lincoln MKC (Louisville), plus two plants in Mexico. It would also lay off about 13,000 workers, 9,000 in the US and 4,000 in Mexico.

Another signal that the economy is slowing down is the tremendous difficulty that Uber is experiencing right now. If you can believe it, they just announced that they lost a staggering 800 million dollars in the third quarter…

Uber racked up pro-forma losses of more than $800m in the third quarter of this year as a price war with rival ride-hailing service Lyft in the US and heavy spending on new initiatives weighed on its figures, according to a person familiar with its recent financial performance, reports The Financial Times.

The third-quarter figures, first reported by tech news site The Information, show that Uber still faces steep losses even after pulling back from China.

I don’t understand how Uber could possibly lose 800 million dollars in three months. Something is definitely very wrong over there.

Personally, I hope that things go as well as possible during the Trump administration. If we truly are entering a new golden era of peace and prosperity, that would be more than okay with me.

But we should not forget that our economic fundamentals have continued to deteriorate all throughout the Obama years, and our nation has been steadily accumulating the largest mountain of debt the world has ever seen.

Unless there is some sort of unprecedented miracle, there is no way that this giant bubble that we are in at the moment is going to end well. So it is definitely good to be optimistic, but we also need to be realistic about where we are right now and about the great challenges that we will soon be facing.