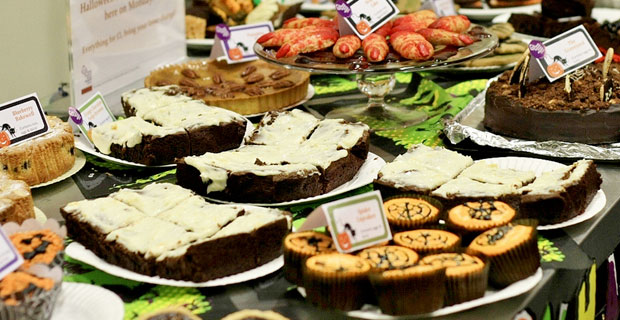 A group of schoolchildren in southeastern Ukraine has prompted an outcry after selling items with creative names such as “Blood of Russian Children” and “Tanks to Moscow” at a charity bake sale organized to raise funds for Ukrainian troops.

The baked goods, prepared by the schoolchildren with the help of their parents and activists from the “Family Community” group, carried special thematic names in order to attract attention to the conflict in eastern Ukraine, Ukrainian news site Inshe.tv reported.

Guests were offered treats called “[Russian lawmaker Vladimir] Zhirinovsky’s brain,” “Tanks to Moscow,” “Yellow-and-Blue Stars on the Kremlin,” — in an apparent reference to a Ukrainian takeover of Russia’s center of government — and then drinks called “Blood of Russian Children” to wash it all down.

Ukraine has been a divided country ever since the ousting of former pro-Russian President Viktor Yanukovych in February and Russia’s annexation of the Black Sea peninsula of Crimea a month later. The West and the new Kiev government have accused Russia of supporting separatists in the country’s eastern Donbass region with military aid — a claim Moscow denies.