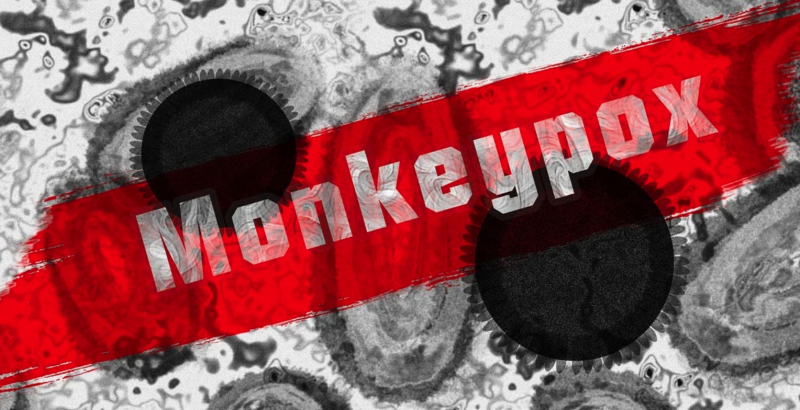 We have never seen a global monkeypox outbreak of this magnitude, and health authorities still cannot tell us why it is happening.  When I wrote about this outbreak nine days ago, there were three cases in the United Kingdom.  Now this outbreak has spread to 21 countries, and there are 310 confirmed, probable or suspected cases.  By the time you read this article, that number will probably be even higher.  If cases were isolated in just one country or in a particular geographical region, it would be much easier to try to contain this outbreak.  But at this point this new strain of monkeypox has already spread all over the planet.

On Tuesday, the United Arab Emirates, the Czech Republic and Slovenia all joined the club…

The United Arab Emirates (UAE) has became the first Gulf state to record a case of monkeypox.

The Czech Republic and Slovenia also reported their first cases on Tuesday, joining 18 other countries to detect the virus outside its usual Africa base.

I am stunned that we are already up to 21 countries.

And in some of the nations where it has popped up, community transmission appears to be taking place.

For example, the number of confirmed cases in the UK “almost tripled in three days”…

Monkeypox could spread to pets and wildlife and become endemic in Europe, health officials warned yesterday.

Experts on the Continent sounded the alarm as it was announced that cases in the UK have almost tripled in three days.

Another 37 cases were confirmed in addition to the 20 already identified, taking the total to 57.

Of course those numbers are outdated already.

I just checked, and the total number of confirmed cases in the UK is now up to 71.

America’s monkeypox tally rose to seven presumptive cases Tuesday, health chiefs revealed today as a man in Washington state and an individual in South Florida was probed for the virus that is rampaging globally.

Officials in Washington said a man in King County — which includes Seattle — tested positive for the family of viruses that includes monkeypox after recently returning from abroad. He is now isolating at home and awaiting confirmatory test results from the Centers for Disease Control and Prevention (CDC).

And then later in the day we received news that monkeypox had been confirmed in a sixth U.S. state…

A suspected case of monkeypox was reported in Sacramento County Tuesday, as a rare outbreak of the disease continues to move around the globe.

Sacramento County health officials say confirmation testing is still pending from the California Department of Public Health and U.S. Centers for Disease Control, but based on the patient’s symptoms, a monkeypox diagnosis is likely. It would be the first reported case in the state.

So now there are a total of 8 confirmed cases in the United States.

The truth is that we just don’t know.

Normally, monkeypox does not spread very easily from person to person at all.

And I am not convinced that it is only those that are engaging in risky sexual activity that are at risk.

According to the Daily Mail, virologists in Portugal are calling this a “hyper-mutated virus”, and they are claiming to have identified 50 new mutations…

Portuguese virologists, tasked with conducting Covid-like studies to trace the virus’s evolution, claim the strain currently circulating is very similar to one that cropped up in Britain four years ago.

But samples taken from a handful of patients struck down in the fresh outbreak suggest the virus has collated an extra 50 mutations.

Researchers wrote that this was ‘far more than one would expect considering the estimated substitution rate for orthopoxviruses’. They also warned that an ‘evolutionary jump’ — like with the Covid Omicron strain — may have created a ‘hyper-mutated virus’.

If these findings are confirmed, it will change everything.

Because all of our assumptions about monkeypox come from prior outbreaks.  If monkeypox has become something very different, then we truly are in uncharted territory.

And if there are 50 new mutations, that would seem to indicate that this strain did not happen naturally.

In other words, many believe that it is starting to look like this strain was created in a lab somewhere.

Hopefully that isn’t true, because in many labs around the globe scientists are actively working to make the deadliest bugs on the entire planet even more transmissible and even more deadly.

Such research should be totally banned.

Unfortunately, it is happening day after day in secret facilities all over the world.  In fact, we just learned that this sort of research was actually being conducted on monkeypox at the Wuhan Institute of Virology…

The Wuhan bio lab that was the centre of controversy surrounding gain of function research on coronaviruses appears to have been carrying out the same kind of research on monkeypox, to make it more lethal to humans, according to a report citing the peer reviewed journal Virologica Sinica which published the lab’s findings in February.

Of course we can’t just point a finger at this one lab, because other labs have also been monkeying around with the virus as well.

But after everything that has already happened, I am stunned that the Wuhan Institute of Virology is still operating and is still conducting such high risk research.

Our leaders never seem to learn.

Just because we have the ability to make the deadliest diseases in human history even worse doesn’t mean that we should actually be doing it.

As we have seen, it is way too easy for such bugs to escape from lab settings.

And once a bug gets into the general population, it can spread all over the globe in the blink of an eye.

We are doing things that should never be done, and millions upon millions of people could end up dead as a result.