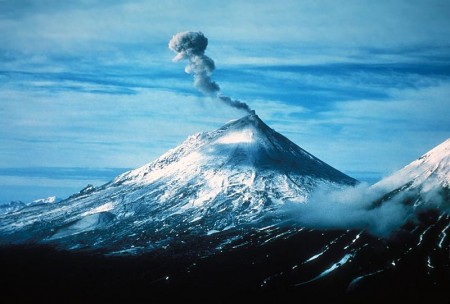 Sharply increased seismic activity and volcanic eruptions in the Aleutian Islands and the far western Brooks Range are being investigated by scientists. The Alaska Volcano Observatory says the activity over the past few months is the most seen by the station in 26 years. On the Alaska Volcano Observatory three volcanoes are classified with a yellow alert level—signifying signs of elevated unrest above known background levels—and three are at an orange alert level—heightened unrest with increased likelihood of eruption. Orange is the second-highest alert level after red signifying an eruption that is imminent or underway.

Pavlof Volcano released an ash plum in May that diverted aircraft. The 8,262-foot (2,518-meter) tall volcano erupted sending ash plumes as high as 30,000 feet (9,144 meters). Aircraft were advised to avoid the area since ash could damage airplane engines. With heightened activity from all volcanoes, scientists still don’t have enough information to point to any larger trend or activity. “At this point, you know, we have to say it’s coincidental,” he said in an interview with radio station KTOO News. “It could be that there is a larger process at work, but we’re not able to say what that is at this point in time, or if there is such a process. You know, perhaps the answer is we haven’t been looking long enough to know.”