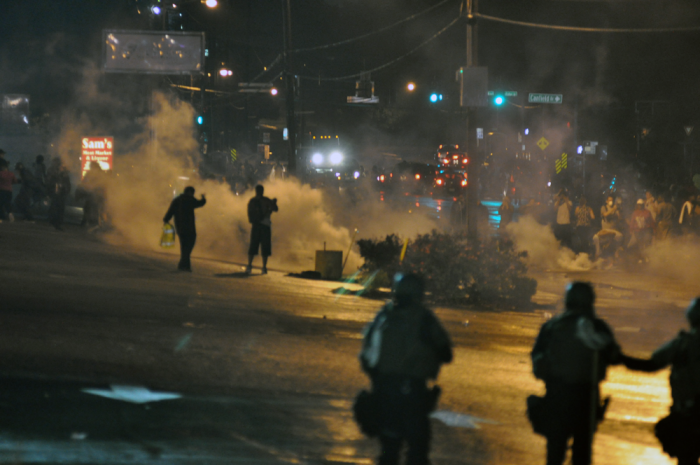 A video is going to be released tomorrow that shows a white police officer shooting a 17-year-old African-American young man named Laquan McDonald 16 times. Cook County State’s Attorney Anita Alvarez says that this video is “graphic”, “violent” and “chilling”, and it is expected to provoke a very strong emotional reaction from Chicago’s very large African-American community. Over the past few years, Trayvon Martin, Michael Brown and Freddie Gray have all become household names because of the way that they died, and now it looks like Laquan McDonald’s name will be added to that list. But the situation in Chicago is potentially even more volatile what we witnessed in either Ferguson or Baltimore. More than a million African-Americans live in the Chicago metropolitan area, and the crime rate in the city has already been skyrocketing. In fact, it is being projected that Chicago’s murder rate will increase by 20 percent in 2015. This is a city that is always living on the edge of chaos, and now the case of Laquan McDonald could be the spark that sets Chicago ablaze.

After everything that has happened over the past few years, the last thing that we need is another incident that will make racial tensions in this country even worse. Unfortunately, that appears to be exactly what we are going to get. Cook County Judge Franklin Valderrama has ordered the city of Chicago to release the video of the death of Laquan McDonald to the public by November 25th. The following comes from CNN…

Laquan McDonald was walking down a Chicago street the night of October 20, 2014, carrying a four-inch knife and behaving erratically, authorities say.

A police officer told him to drop the knife. He didn’t listen, and the officer fired on him out of fear for his life, according to a police union spokesman.

Now, more than a year later, the public will be able to see what happened.

This video is reportedly extremely disturbing. For African-American activists that have already had their patience stretched to the maximum by similar cases over the past few years, this horrifying video could prove to be the final straw.

Cook County State’s Attorney Anita Alvarez specifically moved up the announcement of murder charges against the white police officer that shot McDonald to November 24th in a desperate attempt to defuse the reaction to the video that will be released on the 25th. This next excerpt comes from USA Today…

“It is graphic, it is violent, it is chilling,” Alvarez told reporters after Van Dyke appeared in court Tuesday.

Alvarez said she made her decision weeks ago to charge Van Dyke, but had delayed announcing while federal authorities completed their parallel investigation of the incident.But after a judge ordered the release of the dashcam video by Wednesday, Alvarez said it was necessary to move up her office’s timeline even as her federal counterparts continue to their investigation.

“I felt compelled in the interest of public safety to announce these state charges today, ” Alvarez said.

And needless to say, this is the kind of thing that could easily cause the city of Chicago to erupt in unprecedented violence.

John Kass, a columnist for the Chicago Tribune, said the video “could tear Chicago apart.”

Dean Angelo, the president of the Chicago Fraternal Order of Police, told CNN affiliate WBBM he is concerned protesters from outside the city may converge to “disrupt and cause problems.”

And even the governor of Illinois seems quite alarmed that we could see riots. Here is more from USA Today…

Gov. Bruce Rauner announced Tuesday that his office had been debriefed on the video and that he expected public reaction to “strong,” the Associated Press reports. The governor directed Illinois State Police to work with Chicago Police to make sure the public remains safe following the release of the video. The governor, however, declined to say whether he has deployed any additional state troopers or put the National Guard on standby.

Even at the best of times, Chicago seems to be dealing with turmoil. Poverty is a persistent and growing problem, the city is teetering on the brink of insolvency, and it has become a central hub for some of the largest criminal gangs in the entire nation.

According to a CBS News article that was published back in 2012, there are 100,000 members of criminal gangs living in the city of Chicago alone…

Sgt. Matt Little leads one of the teams in Chicago’s Gang Enforcement Unit. There are about 200 such officers in the city– versus 100,000 gang members.

“Almost all the violence we’re seeing now is from the gangs,” Little said. “When there’s a shooting we’ll respond to the shooting. We’ll figure out where we believe the most likely area for retaliation is and we’ll work that area trying to both prevent retaliation and possibly build a case on offenders.”

And thanks to unchecked illegal immigration, more gang members are pouring into Chicago every single day.

Back in early April, I warned about the civil unrest that was coming to America, and I specifically named three cities that would be flashpoints: Baltimore, Chicago and Washington D.C.

I issued this warning before any of us had ever even heard the name “Freddie Gray”, but by the end of April the city of Baltimore resembled a war zone.

And now Chicago appears poised to descend into chaos.

If you live anywhere near Chicago, you need to prepare yourself and your family for what could happen next.

If this video is anywhere close to as bad as we are hearing, it could set off anger unlike anything we have seen up to this point, and that would not be good for any of us.