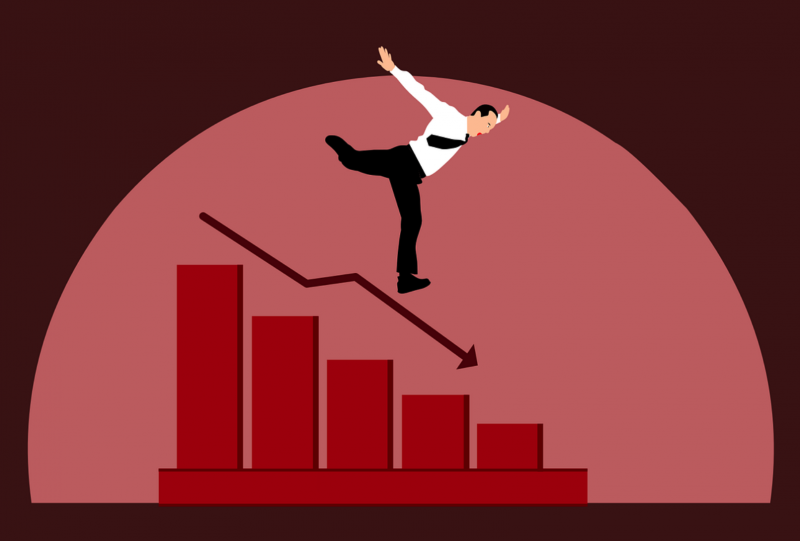 What would our country look like if an epic market crash suddenly wiped out 35 trillion dollars in financial wealth?  You may not want to think about something so horrible, but we are being warned that it could soon happen.  Stock prices have been falling for three weeks in a row, and last week was the worst week for U.S. stocks in a really, really long time.  The S&P 500 is now down more than 8 percent from the peak of the market, and the tech-heavy Nasdaq is already in correction territory.  At this point, the Nasdaq is off to its worst beginning to a year in decades, and many are extremely concerned about what is coming next.  In fact, Bank of America is warning that all hell breaks loose if the Nasdaq closes below 14,000.

Hopefully that won’t happen this week.

Last week, one of the most respected names in the financial world made headlines all over the globe when he warned that the stock market crash which has now begun will end the “superbubble” that Wall Street has been enjoying for so many years…

Jeremy Grantham, the famed investor who for decades has been calling market bubbles, said the historic collapse in stocks he predicted a year ago is underway and even intervention by the Federal Reserve can’t prevent an eventual plunge of almost 50%.

In a note posted Thursday, Grantham, the co-founder of Boston asset manager GMO, describes U.S. stocks as being in a “super bubble,” only the fourth of the past century. And just as they did in the crash of 1929, the dot-com bust of 2000 and the financial crisis of 2008, he’s certain this bubble will burst, sending indexes back to statistical norms and possibly further.

According to Grantham, there have been five other “superbubbles” and they have all ended badly…

He noted that US stocks have experienced two such “superbubbles” before: 1929, a market fall that led to the Great Depression, and again in 2000, when the dot-com bubble burst. He also said the US housing market was a “superbubble” in 2006 and that the 1989 Japanese stock and housing markets were both “superbubbles.”

“All five of these superbubbles corrected all the way back to trend with much greater and longer pain than average,” Grantham wrote.

We should give some credit to the “geniuses” at the Federal Reserve for keeping the party going for as long as they have, but by inflating this bubble to such an absurd size they have set the stage for a meltdown that will be unparalleled in our entire history.

As I have warned so many times over the years, stock valuation ratios always return to their long-term averages eventually.

If they were to fall just two-thirds of the way to historical norms, Grantham says that wealth losses in the U.S. “could total $35 trillion”…

“For the first time in the U.S. we have simultaneous bubbles across all major asset classes,” said Grantham, co-founder of investment firm GMO, in a paper Thursday. He estimated wealth losses could total $35 trillion in the U.S. should valuations across major asset classes return two-thirds of the way to historical norms.

If this actually happens, it will result in an economic horror show that will be unlike anything we have ever seen before in all of U.S. history.

And it was all set up by the Federal Reserve and our extremely irresponsible politicians in Washington.

But hopefully stock prices will bounce back up a bit this week and we will have some more time before the really big crash arrives.

Because once it gets here, nothing will ever be the same again.

When the S&P 500 fell below its 200 day moving average last week, that freaked a lot of people out.

To many investors, that was a clear sign that it was time to leave the party.

Tech stocks were the poster children for the seemingly endless stock market rally, and now they are starting to lead the way down.

In fact, the tech-heavy Nasdaq fell more than 1 percent during every single trading session last week.  The last time that happened was during the implosion of the “dotcom bubble”…

To wit, the Nasdaq 100 just did something it hasn’t done since the aftermath of the internet bubble: fall more than 1% in every session of a week. It doesn’t count as a superlative because Monday was a holiday. But for investors caught up in the selloff, it felt like something shifted.

A full week of big down days hasn’t happened since the dot-com bubble burst, first in April 2000 and then in September 2001. Back then, the Nasdaq went on to fall another 28% before the market bottomed roughly a year later.

Thanks to disappointing subscriber numbers, Netflix was a tech stock that was hit particularly hard…

Netflix shares fell 21.8% Friday after the company quietly admitted in its fourth-quarter earnings that streaming competition is eating into its growth. It marks Netflix’s worst day since July 25, 2012, when shares fell 25%. It’s also its worst week since July 27, 2012, when the stock fell about 28%.

And Amazon was another tech stock that really got hammered…

Shares of Amazon fell 12% for the week, as a broader market sell-off pressured technology stocks.

If you can believe it, Jeff Bezos actually saw the size of his fortune shrink by 20 billion dollars last week.

Could you imagine losing that much money in a single week?

Bitcoin investors are feeling a lot of pain right now as well.  At this point, the price of Bitcoin is down more than 50 percent from the record high in November…

Bitcoin extended its decline on Saturday, and has shed more than 50% from its record high in November while adding further momentum to the meltdown in cryptocurrencies.

But this isn’t the end of the party on Wall Street.

This is just the beginning of the end.

Unless there is some sort of an unexpected trigger event, I think that it is likely that we will get some sort of a bounce this week.

Of course nobody should take a bounce as a sign that the pain is over.  Ultimately, Grantham is quite correct that our “superbubble” is going to spectacularly burst.  The only question is the timing.

Once the inevitable implosion takes place, things will start to change in this country at a pace that is absolutely breathtaking, and nothing will ever be the same again.