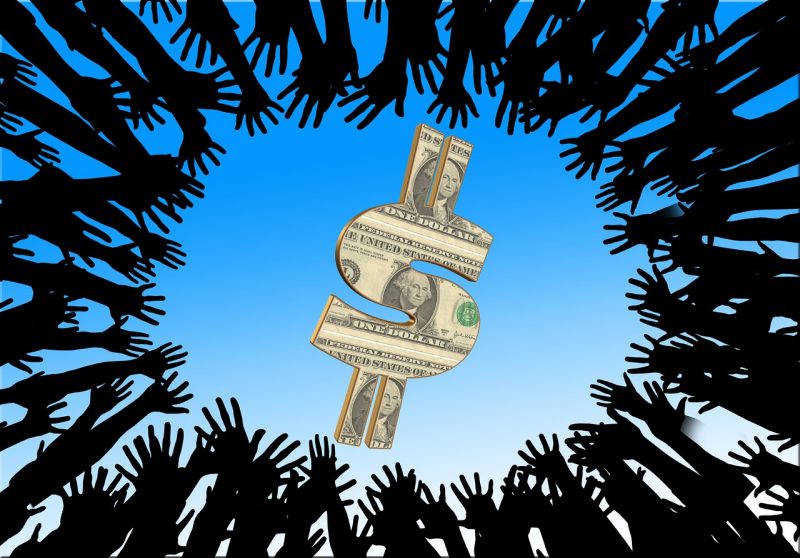 Could you imagine listing your home for sale and having nearly 100 offers in just three days?  This sort of thing is actually happening in hot real estate markets all over America right now.  Even though we are in the midst of the worst economic downturn since the Great Depression of the 1930s, we are witnessing a frenzy of home buying that is unlike anything that we have ever seen before.  Of course one of the biggest reasons why this is happening is because of the utterly insane economic policies of our leaders.  They have been creating, borrowing and spending money like there is no tomorrow, and that pushed M1 from 4 trillion dollars to 18 trillion dollars in just 12 months.  All of that money had to go somewhere, and one place where it is showing up is in home prices in desirable rural and suburban locations around the country.

For example, a “fixer-upper” in a desirable suburban community outside of Washington D.C. was listed for sale on a recent Thursday for $275,000.  On Sunday evening, 88 different offers had already been made on that property…

Ellen Coleman had never received so many offers on a house in her 15 years of selling real estate.

She listed a fixer-upper in suburban Washington, DC for $275,000 on a Thursday. By Sunday evening, she had 88 offers.

The same thing is happening in lots of other parts of the nation too.

Down in the Austin, Texas area, one real estate agent says that “most homes are going for more than 20% over asking price”…

“Nearly every offer my clients make faces competition, and most homes are going for more than 20% over asking price,” said Austin-area Redfin agent April Miller.

She said she recently helped a client with an offer for a three-bedroom, two-bathroom home listed at $515,000 and pulled out all the stops. The offer was for $100,000 over the asking price, and they waived appraisal and financing contingencies, yet still came in third out of 38 offers.

Overall, the median price of a home in the United States is up a whopping 16 percent compared to this time last year…

The median price of a home has risen 16% from last year, according to the National Association of Realtors, and they have increased even more in some regions of the country like the Northeast and West, which are both up 21% from last year.

Meanwhile, inventory has continued to linger at record lows. In February, the number of available homes for sale was down nearly 30% from a year ago.

Of course prices are not going up everywhere.

In fact, home prices are actually going down in certain core urban communities.

It isn’t just that people are looking to buy homes right now.  Rather, millions of Americans have been choosing to relocate due to fear of the things that have been happening in our world.

For example, the COVID pandemic has been one of the biggest reasons for the mass exodus that we have been witnessing, and our public officials continue to drum up more fear on a daily basis.  On Monday, the head of the CDC actually used the term “impending doom” to describe what she believes is ahead…

The U.S. is facing “impending doom” as daily Covid-19 cases begin to rebound once again, threatening to send more people to the hospital even as vaccinations accelerate nationwide, the head of the Centers for Disease Control and Prevention said Monday.

“When I first started at CDC about two months ago I made a promise to you: I would tell you the truth even if it was not the news we wanted to hear. Now is one of those times when I have to share the truth, and I have to hope and trust you will listen,” CDC Director Dr. Rochelle Walensky said during a press briefing.

Joe Biden pleaded on Monday with Republican governors who ended mask mandates to reinstate the requirements in their states and pause reopenings as the administration goes ahead with expanding vaccine eligibility and inoculation sites.

‘I’m reiterating my call for every governor, mayor and local leader to reinstate the mask mandate,’ Biden said during remarks on the White House coronavirus response Monday afternoon. ‘Please, this is not politics.’

As long as Americans are afraid of the COVID pandemic, we will continue to see people relocate from urban areas with a high population density to rural and suburban areas that are more spread out.

At the same time, multitudes of Americans are also relocating from core urban areas due to all of the civil unrest that we have witnessed over the past year.

Many believed that the civil unrest would end once Joe Biden entered the White House, but that has not happened.

Instead, we continue to see violence on an almost daily basis.  Here is just one recent example…

Footage captured the demonstrators spraying paint across the windshield of the man’s truck and smashing the tail lights in Salem on Sunday.

The driver, who was wearing an American flag sweatshirt, stepped out of his vehicle as he engaged with the protesters, who then appeared to mace him.

The video then shows him pulling out his gun and pointing it at the anti-fascist protesters.

He could be heard shouting: ‘Get away from me’.

Sadly, the civil unrest in our land is only going to get worse.

So that means that even more people will be fleeing our core urban areas in search of greener pastures.

But now that hyperinflation is hitting housing prices, a lot of middle class and poor people will be priced out of the market.

The wealthy and the ultra-wealthy will have no problem making offers on homes that are way over market price because they have lots of money.

But the vast majority of Americans that are living paycheck to paycheck will find that their options are now greatly limited.

This is why I have always encouraged my readers to do long-term planning well in advance.  When I was growing up, I often heard the phrase “you snooze, you lose”, and today that is more true than ever.