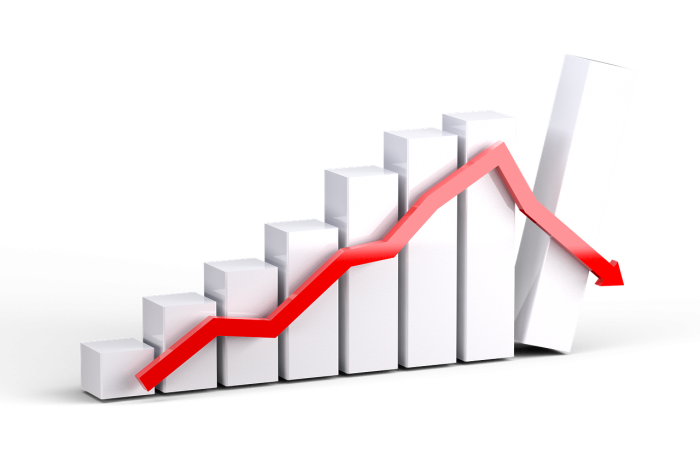 And, according to Gross, the carnage may not end here: “Lack of foreign buying at these levels likely leading to lower Treasury prices,” echoing what we said last week. And as foreign investors pull back from US paper, look for even higher yields, and an even higher dollar, which in turn risks re-inflaming the EM crisis that had mercifully quieted down in recent weeks.

I believe that Gross is right on target.

Treasury yields soared Wednesday as economic data fostered optimism about the American economy, sending both the 10-year rate and the 30-year rate above multiyear highs, and beyond what “Bond King” Jeffrey Gundlach dubbed a “game changer.”

The DoubleLine Capital CEO wrote on Twitter in September, “Yields: On the march! 10’s above 3% again, this time without financial media concern. Watch 3.25% on 30’s. Two closes above = game changer.”

But now the paradigm appears to be completely changing, and an enormous amount of wealth is going to be wiped out.

Normally, a rotation out of bonds is good for the stock market. But when bonds move too quickly that is a sign of panic, and that kind of panic can easily spread to equities. The following comes from Zero Hedge…

As Bloomberg’s Cameron Crise notes, this yield move is entering the “danger zone” for stocks. The 30bps spike in the last 5 weeks falls into the cohort where average and median equity performance has been negative over the following five weeks. Do with that information what you will, but realize that with this kind of price action the bond market is not the equity market’s friend.

In essence, what that is saying is that when bond prices fall this dramatically it usually means that stock prices fall over the following five weeks.

From a longer-term perspective, bond yields are likely to continue to rise because the Federal Reserve seems determined to keep raising interest rates.

In fact, Fed Chairman Jerome Powell says that the low interest rates that we were enjoying during the Obama administration are “not appropriate anymore”…

Federal Reserve Chairman Jerome Powell said the central bank has a ways to go yet before it gets interest rates to where they are neither restrictive nor accommodative.

In a question and answer session Wednesday with Judy Woodruff of PBS, Powell said the Fed no longer needs the policies that were in place that pulled the economy out of the financial crisis malaise.

“The really extremely accommodative low interest rates that we needed when the economy was quite weak, we don’t need those anymore. They’re not appropriate anymore,” Powell said.

But Powell knows that every Fed tightening cycle in history has ended in either a stock market crash or a recession.

And he knows that higher interest rates will mean higher bond yields, a stronger dollar and an escalating emerging market debt crisis.

So why is he being so hawkish?

On top of everything else, higher interest rates will also mean higher rates on mortgages, auto loans, credit cards and student loans. The following comes from my good friend Mac Slavo…

As Forbes reported, when the Federal Reserve Board (The Fed) changes the rate at which banks borrow money, this typically has a ripple effect across the entire economy including equity prices, bond interest rates, consumer and business spending, inflation, and recessions. As far as the big picture goes, there is often a delay of a year or more between when interest rates are initially raised, and when they begin to have an effect on the economy. As consumers, however, we feel these increases almost immediately. Americans will begin to feel the burn in the floating rate debt they are holding. This includes credit cards, student loans, home mortgages, and equity loans because all move right along with the Fed.

This story is not going to end well.

As I have tried to explain to my readers so many times, the Federal Reserve has far, far more control over the economy than the White House does.

And when this bubble ends, the economic pain is going to be off the charts. Hopefully the American people will be in a mood to finally shut down the Federal Reserve at that point, because that insidious organization is truly at the heart of our long-term economic and financial problems.