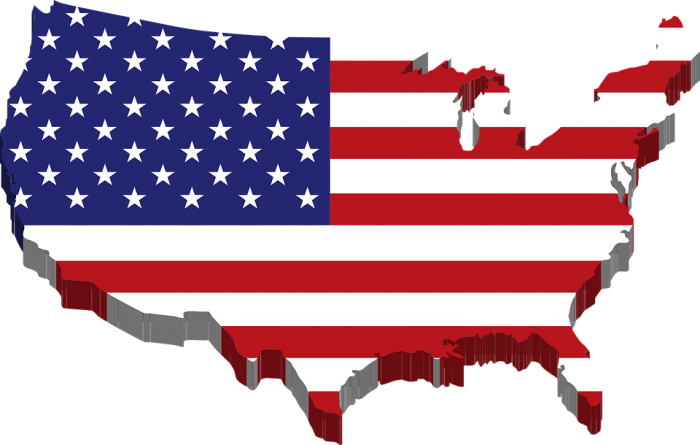 Many are anticipating that a wonderful new era of peace and prosperity is just a few days away, but others are using terms such as “civil unrest” and “civil war” for what they believe is about to happen in America. Without a doubt, Donald Trump is one of the most electrifying politicians in modern American history, but he is also one of the most polarizing. So will the next four years bring us together as a nation, or will anger, frustration, strife and discord tear us much farther apart? It is being projected that extremely large crowds of supporters will attend Donald Trump’s inauguration on January 20th, but the mainstream media is also reporting that “hundreds of thousands of protesters” are on their way to Washington. Many on the far left are hoping to turn Trump’s inauguration into one of the biggest riots in U.S. history, but thousands of law enforcement personnel are going to do their very best to prevent that from happening.

There are sites on the Internet that are literally counting down the hours until Barack Obama leaves office. Knowing that his time is short, Obama seems determined to squeeze as much “change” out of his final hours as he possibly can. Just check out what the Washington Post says that he was able to accomplish on just one day last week…

On Thursday alone, the administration designated three new national monuments and expanded another two in sites including a forest in the Pacific Northwest and a school for freed slaves in South Carolina; took away one of the special immigration privileges Cubans arriving in the United States without visas have enjoyed for 50 years; announced sanctions designations against 18 senior Syrian officials for their role in the use of chlorine as a chemical weapon in 2014 and 2015; awarded the Presidential Medal of Freedom to Vice President Biden; and accused Fiat Chrysler of cheating on national emission standards for some of its diesel trucks.

And in the last few days of his presidency, there is a great deal of concern about how much more damage he may be able to do on his way out the door. Late last week he enraged the Russians by moving U.S. troops into Poland, and Russian Foreign Ministry spokeswoman Maria Zakharova is warning that Obama still has a few more days left to “destroy the world”…

Zakharova charged that “Obama and his illiterate foreign policy team have dealt a crushing blow to America’s prestige and leadership” and described his administration as “a bunch of geopolitical losers, enraged and shortsighted.”

However, there is one piece of good news. According to the Jerusalem Post, U.S. Secretary of State John Kerry has told Israeli Prime Minister Benjamin Netanyahu that Obama will not support any additional action against Israel at the UN Security Council before Trump is inaugurated.

Of course politicians lie all the time, and John Kerry may not have been entirely honest with Netanyahu, and so we will keep a close eye on the UN Security Council when they meet on Tuesday.

On Friday, the eyes of the entire world will be on Washington. What once seemed so impossible is on the verge of actually becoming a reality, and security officials will be working overtime to make sure that nobody tries to stop Trump from being inaugurated at the last minute.

Needless to say, the festivities on Friday would be a big, fat juicy target for anyone that hates Trump, hates America or that just wanted to make an unforgettable political statement. In fact, Republican Senator Roy Blunt has admitted that the inauguration of Donald Trump will be “the most appealing target in the world”…

“Security is my greatest concern,” Republican Senator Roy Blunt, chairman of the Joint Congressional Committee on Inaugural Ceremonies, has said. “No question that on inaugural day, this would be the most appealing target in the world.”

Even if there isn’t any violence on Friday, there will definitely be plenty of angry protesters. And instead of attempting to calm things down, many in the mainstream media are actually promoting the protests. For example, the Washington Post has even published a “guide to inauguration demonstrations, marches and protests”.

It appears that most of those on the left plan to protest peacefully, but there are definitely groups that are planning to be as disruptive as they possibly can. I have previously reported about an organization known as DisruptJ20, and now audio has been released of one of their leaders saying that they want to “do everything we can to try and stop people from being able to access the inauguration”…

A conservative group also shared with FoxNews.com what it said was audio from a Jan. 8 #DisruptJ20 meeting at a Washington church, giving even greater insight into the group’s planned D.C. “shutdown.”

The audio, recorded by Trevor Loudon with Capital Research Center, purports to show a female member detailing plans to “do everything we can to try and stop people from being able to access the inauguration.”

It doesn’t take much imagination to figure out how they are going to do that. According to the shocking new audio recording obtained by Fox News, DisruptJ20 plans to physically block “roads and other modes of transit into the city”…

Traffic in the Washington D.C. area is a major headache even at the best of times, and so even if everything went perfectly transportation would be a major issue at Trump’s inauguration. So it isn’t going to take much for these anarchists to create a very real crisis.

And some leftists have been encouraging those that cannot physically come to Washington D.C. to go online and help take down the official White House website on January 20th…

PR Newswire, a global news-release distribution service, circulated a release on Thursday highlighting a campaign launched by Protester.io, a digital protest organizing platform, to “take down” the White House website next Friday in protest of Trump’s inauguration.

“On January 20th, hundreds of thousands of Americans are going to Washington, DC to march in protest of the inauguration of Donald Trump. Millions more around the country will be joining the cause from home. If you can’t make it to Washington DC on inauguration day, you can still participate by occupying whitehouse.gov online,” the release read.

Many on the left truly believe that Trump is the modern equivalent of Adolf Hitler, and therefore he must be resisted at all costs.

And one of the reasons why they want to be as disruptive as possible is so that they can provoke an extremely harsh response. If law enforcement officials can be filmed treating protesters very harshly, that can be used as fuel to inspire thousands of others to join the movement against the “fascist” Donald Trump.

Following the “blockades” and other “actions” on the 20th, there will be a “million woman march” on the 21st. Michael Moore and a whole host of liberal celebrities will be there, and it is being reported that there will be close to 300 “sister marches” in other cities around the nation…

Protesters are using the hashtag #WhyIMarch to explain why they are heading to Washington — from calls for equality to initiatives to curb gun violence to pleas for health care reform.

Nearly 300 “sister marches” have been organized in other US cities — including New York, Boston, Los Angeles and Seattle — and around the world.

This is going to be a week that none of us will ever forget.

Many are hoping (myself included) that the protests will soon fade and that Trump’s presidency will represent a true turning point for America.

But there are many others that are literally gearing up for a “war”, and they intend to fight for as long as it takes to achieve their goals.

We are a nation that is deeply, deeply divided, and it isn’t going to take much to push us over the edge.

This story will unfold over the next four years, and let us hope that it is a good one.