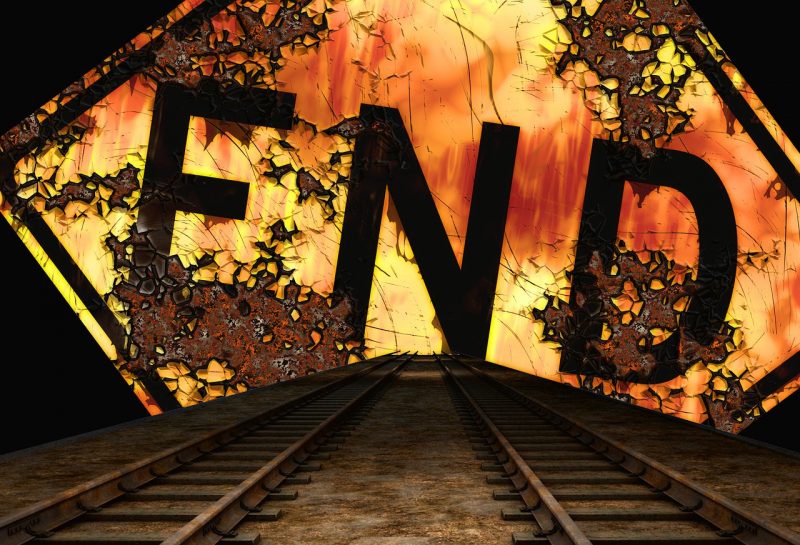 Well, here we go again.  The U.S. House of Representatives just passed a $900 billion stimulus package, and we are being promised that it will provide a real “boost” to the economy.  Of course we were told the exact same thing about all of the other “stimulus packages” that have been passed since the beginning of the pandemic.  Most importantly to many Americans, $600 stimulus payments will soon be sent out directly to the American people.  If you are married and have three kids, you will get a total of $3,000, because each member of your family is counted equally for this round of stimulus payments.

But it won’t just be U.S. citizens that will be receiving free money.  According to Michelle Hackman of the Wall Street Journal, families of illegal immigrants will now be eligible as well…

Family members of unauthorized immigrants are now eligible to get stimulus checks under the $900 billion deal reached last night. That eligibility is retroactive, so adults excluded last time could get up to $1800 now

In addition, there is a tremendous amount of pork in the spending package that the House just authorized.  The following comes from Zero Hedge…

And now, on to the pork… which includes billions to foreign countries, US military weapons purchases which go above and beyond their budgets, $40 million for the Kennedy Center, and nearly $200 million so that federal HIV/AIDS workers overseas can buy cars and car insurance, among other things.

Not surprisingly, the bill passed the House by a vote of 359 to 53.

I would like to applaud the 53 members of the House that tried to stand up and do the right thing, because this bill should have never been passed.

It is being reported that the bill was 5,593 pages long, and our representatives were only given a few hours to read it…

Several members of Congress are taking to social media to complain about the handful of hours they have to read the 5,593-page spending bill.

Early Monday afternoon, the behemoth piece of legislation was uploaded, and House Speaker Nancy Pelosi scheduled a vote for the evening.

As for members of Congress, I doubt that any of them will ever end up reading the entire thing.

Our system of government is so broken, but most of the population doesn’t seem to care.

And most Americans also don’t seem to care that all of this ridiculous spending is literally destroying the bright future that our children and our grandchildren were supposed to have.

You see, the truth is that we don’t have 900 billion dollars to spend on a stimulus package.

Instead, the federal government will have to borrow 900 billion new dollars that the Federal Reserve creates out of thin air.

Needless to say, injecting 900 billion more dollars into the economy is going to be yet another massive shock for the money supply.  Even without this new stimulus package, M2 has been rising at an exponential rate since the start of the pandemic due to all of the previous stimulus packages that Congress approved and all of the “quantitative easing” that the Federal Reserve has been doing.

Prior to 2020, we had “inflation”, but now we have definitely entered a “hyperinflationary” phase.

In the short-term, $600 payments will help ease the economic suffering of tens of millions of Americans.

But in the long run, we are going down the exact same path that Venezuela, Zimbabwe and the Weimar Republic went down.

Unfortunately, most Americans are not interested in discussing the inflationary impact that all of this reckless spending is having.  Instead, social media is full of angry comments about how these $600 stimulus payments are not nearly large enough.

Eli Yudin: Members of Congress got paid $130,000 to spend 9 months arguing about whether we deserve $600

Robert Reich: People are starving and the GOP has the nerve to hand over a one-time $600 check, as the Pentagon spends $2 billion a day. The cruelty is staggering.

@BlessUSA45: Leader of both party’s celebrating while laughing their asses off at us because they actually believe we are delighted to get our 600 dollar check from them.

@marie32318459: “i am very proud of this deal, because we came together, BI partisan” this is unacceptable. 9 MONTHS, getting paycheck after paycheck with American tax dollars and then come up with this “spit-in-the face” 600$ and they actually congratulating each other on this?
#eattherich

Allegedly Legendary: @SpeakerPelosi Americans need monthly cash assistance for all, #Med4All and a real plan to get people back to work. Not a $600 dollar one-time check. You’ve given tax cuts in the billions and bailouts but don’t help the American people. #StimulusChecksOrStrike

This is one of the big problems that happens once you start cruising down the road to socialism.

And actually Joe Biden is promising much more “stimulus” once he gets into the White House.

Giving people free money is a fast way to win votes, but it is also going to destroy the value of our currency.

If M2 continues to rise at an exponential rate, what do you think that is going to do to the cost of living in this country?

We all know the answer to that question, and if our paychecks do not keep pace that means that our standard of living will be going way down.

I have been warning that our financial system is headed for an epic meltdown, and now it is starting to become a reality right in front of our eyes.

And now it is our turn.

We’re on a highway to hyperinflation, and our maniacal free spending politicians are behind the wheel.

4 thoughts on “We’re On A Highway To Hyperinflation”