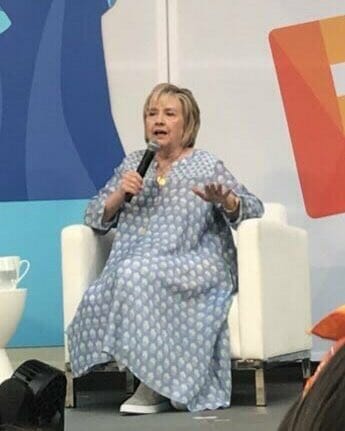 Hillary donned a mumu-style top that nearly touched the floor and white pants. Her hair was disheveled and she had very prominent bags under her eyes.

To think this woman almost became the 45th president of the US….

That is the ugliest thing I have ever seen! And that dress is horrendous ! 😱

Who wore it better? pic.twitter.com/uLCsT4E3NP

Wtf is she WEARING???? pic.twitter.com/oghsRIwxff