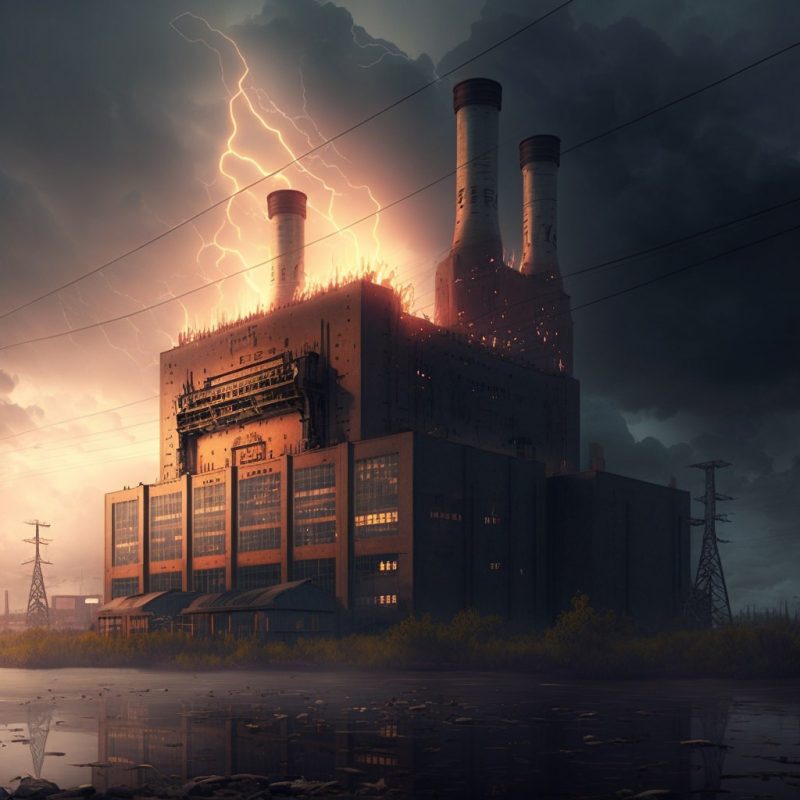 Someone has been attacking power plants all over the country, and federal authorities are trying to determine who it is.  In recent days, we have seen significant sabotage on both the east and west coasts, and so it can’t just be one individual that is responsible.  During the first eight months of this year, there were a total of 106 attacks on the electrical grid in the United States, and that represents the highest number ever recorded in a single year.  Hopefully authorities will be able to get to the bottom of this mystery, because winter will soon officially begin.  If power goes out in your neck of the woods for an extended period of time during the months ahead, what will you do?

Nobody is trying to claim that the string of attacks that we have been witnessing is “accidental”, and ABC News is reporting that “federal authorities are investigating” this very disturbing trend…

The move comes in the wake of substations being riddled with bullets in North Carolina, leaving tens of thousands without power for days.

After the incident, the utility companies reached out to federal authorities in recent days to investigate, the source said.

The recent incident in North Carolina was particularly alarming.

At approximately 7 PM on Saturday night, gunfire erupted at two electrical substations in Moore County.  Officials are calling this “an intentional and coordinated attack”…

Duke Energy restored power to all of its North Carolina customers Wednesday evening, four days after 45,000 customers were left in the dark after what officials have said was an intentional and coordinated attack on two substations in Moore County. Moore County Sheriff Ronnie Fields has said a motive for the attack is not known. It is also not clear what kind of protective measures were in place to prevent such an assault.

So who is to blame?

Well, these days authorities seem to have a rule for this sort of thing.  When in doubt, blame the right-wing people.

Apparently a drag show was going on at the same time that the attacks on the substations happened, and so investigators are now focusing on that angle…

An LGBTQ nonprofit in North Carolina had set up a drag show at the Sunrise Theater in Southern Pines on Saturday night around the same time when the electric facilities were targeted with gunfire around 7pm.

The incident led to officials declaring a state of emergency as about 32,000 southeastern residents were left without power until Thursday.

Investigators are now determining if the backlash the 18 or older show received leading up to the performance led to the targeted attack.

That theory may or may not turn out to be accurate, but what about all of the other attacks that have been taking place all over the nation?

Just a few days prior to the sabotage in North Carolina, two electrical substations in the Portland area were attacked…

Portland General Electric and the Bonneville Power Administration each had a separate substation location in Clackamas County attacked.

Did the same people that shot up substations in the Portland area hop on a plane and fly to the east coast so that they could shoot up some substations in North Carolina?

Something very strange appears to be happening, and a federal law enforcement memo that has been made public makes it sound like these attacks are definitely being planned in advance…

A federal law enforcement memo revealed that the Pacific Northwest substations have described attacks using ‘handtools, arson, firearms, and metal chains possibly in response to an online call for attacks on critical infrastructure.’

‘In recent attacks, criminal actors bypassed security fences by cutting the fence links, lighting nearby fires, shooting equipment from a distance or throwing objects over the fence and on to equipment,’ read the memo.

Who in the world would want to do something like this?

According to the Department of Homeland Security, “domestic extremists” have had “specific plans to attack electricity infrastructure since at least 2020”.

Of course when they say “domestic extremists”, they really mean “right-wing extremists”.

But is that what is really going on here?

In recent years, left-wing extremists have sabotaged and attacked far more buildings in the United States than anyone else has.

And to be honest, it could just as easily be a foreign terror group or intelligence agents from a hostile country.

At this point, we just don’t know.

But what we do know is that the number of attacks on our electrical grid has been rising.  The following comes from NBC News…

Nearly 600 electric emergency incidents and disturbances were caused by suspected and confirmed physical attacks and vandalism on the electric grid in those nine years, the reports show. There have been 106 attack or vandalism incidents from January through August 2022, which is the latest the Energy Department data tracks. Among the years reviewed by NBC News, 2022 is the first that reached triple digits and it only contains eight months of data.

We are a nation that is absolutely teeming with “soft targets”, and I expect that we will see these attacks become even more frequent during the years to come.

And that will especially be true as more major wars erupt around the globe.

There are so many people out there that hate us, and we have a very deeply divided nation right now.

So let us hope that authorities all over the country take action to ramp up security at critical infrastructure such as power plants.

That means that it is imperative to have a really good back up plan for when the power goes down in your area for an extended period of time.

Winter is coming, and you don’t want to freeze just because some idiots out there decide to do something really stupid.