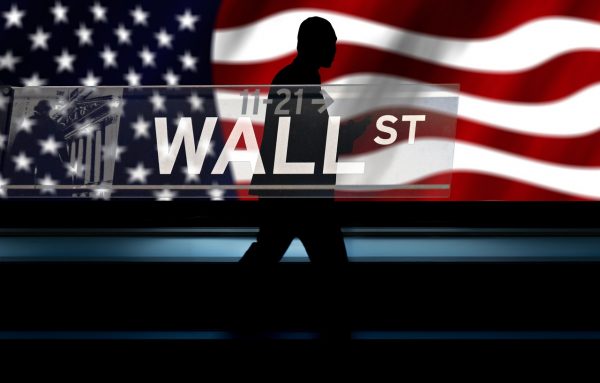 Why would the mainstream media want all of us to believe that stock prices are about to fall dramatically?  Just like we witnessed earlier this year at the beginning of the pandemic, the corporate media is full of reports that seem to imply that it is a virtual certainty that stock prices are going to go even lower.  Of course it would make perfect sense for stock prices to go down because they are incredibly overvalued right now, but normally the mainstream media does not try to tell us where stock prices are going next.  And the fact that so many news outlets are repeating the same mantra right now is particularly troublesome.

Without a doubt, the momentum of stock prices is taking us in a downward direction at the moment.  All of the major stock indexes have posted declines for three weeks in a row, and it looks like this week could make it four.

As I write this article, the Dow Jones Industrial Average is down 4.5 percent for the month, the S&P 500 is down over 6 percent, and the Nasdaq has fallen about 8.5 percent.  Overall, the market is on pace for the worst September in 18 years, but the corporate-controlled media seems convinced that things are going to get even worse.  For example, the following comes from a CNBC article entitled “Stock sell-off accelerates and is expected to get worse before it gets better”…

Stock investors focused on new worries about the coronavirus and economy, selling into a market Monday that was already technically shaken and set for further declines.

I looked for evidence that would back up the assertion that the market is “set for further declines” in the remainder of that article, but I didn’t see any.

Without a doubt, I definitely agree that stock prices have a long, long way to fall, but there is no reason why they couldn’t bounce back for the rest of this week.

So it seems odd that CNBC would be so dogmatic.

“Massive fiscal and monetary policy stimulus” that came together to prop up the economy has caused debt to balloon and stocks to become potentially overvalued, posing “the serious risk of a looming global financial crisis as central banks begin to shift away from easy (monetary) policy at some point in the years to come.”

Once again, I definitely agree that a global financial crisis could erupt at any time.

But normally we don’t see the mainstream media using such language.

At this point, we are less than a month and a half away from the election, and many have suggested that uncertainty about the outcome could weigh heavily on the market.  In fact, CNN is telling us that we should anticipate “that volatility will be high” during the period surrounding election day…

Market experts have warned that volatility will be high toward the end of the year and around the election, especially because many expect the winner won’t be known immediately.

I know that would sound absurd during normal times, but these are definitely not normal times.

And ultra-wealthy insiders definitely seem to believe that something is coming, because they have been selling stocks like crazy recently.  According to Zero Hedge, “during the week ended September 11, insiders sold $473 million in shares while only buying $9.5 million.”

I don’t know about you, but those numbers definitely got my attention.

Of course stock prices should have never, ever gotten so high in the first place.  The unprecedented market rally that we have witnessed in 2020 has occurred during a time when we have actually plunged into a new economic depression.  Almost every day I share more horrific economic numbers with my readers, and here are some more from the New York Post…

Eighty-seven percent of bars, restaurants, nightclubs and event spaces in the five boroughs could not pay their full August rent, according to data from 457 businesses surveyed between Aug. 25 and Sept. 11, in a new study released Monday by the nonprofit NYC Hospitality Alliance.

How in the world can anyone possibly use the phrase “economic recovery” when we are seeing numbers like that?

We have never seen an economic downturn of this magnitude in all of modern American history, and many believe that what we have experienced so far is just the beginning.

With each passing day, we see more societal turmoil in the headlines, and the upcoming election threatens to bring our societal tensions to a thundering crescendo.

In such an environment, a huge stock market crash would not be surprising at all, and some are suggesting that the shove that pushes us over the edge could actually happen on purpose.  In his most recent video, Greg Mannarino warned that the upcoming financial crash “is going to be epic”, and he told his audience that our largest financial institutions could collapse the market any time that they want…

“They can crush the global economy or the market. The global economy, which is the middle class, is already crushed, ok. They can destroy the stock market like this [snaps fingers.] And you can see it playing out right now. So all to of this is more than likely going to get brushed under the rug as it always does,” Mannarino says of the banks controlling the world.

It is not unusual for pundits such as Mannarino to make such bold predictions, but what alarms me is that the mainstream media is also strongly suggesting that a market crash is coming.

Even if the mainstream media is not attempting to do it on purpose, their words can become a self-fulfilling prophecy as countless investors spooked by their reports pull money out of the marketplace.

Sadly, this is one instance in which the mainstream media will ultimately be proven correct.  Whether it happens in the immediate future or not, the truth is that we are heading for a financial meltdown that will be absolutely horrifying.

In recent months, the Federal Reserve was able to reinflate our financial bubbles one more time, and hordes of investors eagerly jumped aboard the rally train.

But now that train is in danger of being derailed, and those that do not hop off in time could find themselves plunging into a nightmarish financial abyss.