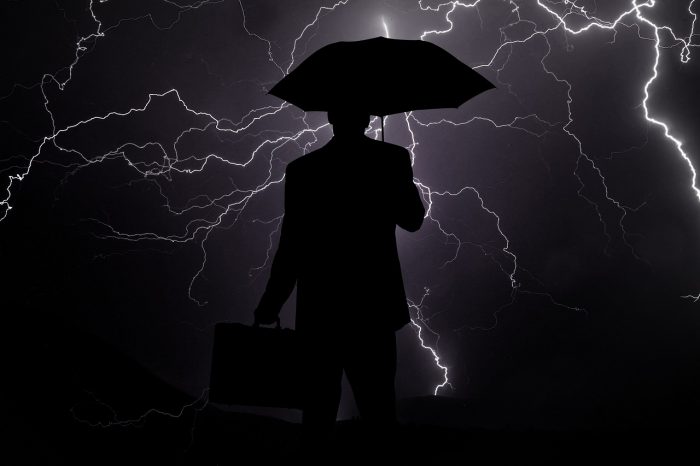 All of a sudden, the mainstream media is starting to sound a lot like The Economic Collapse Blog. Throughout the Obama years, the mainstream media in the United States always seemed extremely hesitant to suggest that difficult economic times may be ahead, but now talk of “another global financial crisis” seems to be all over the place. Is this because they truly believe that one is coming, or is it just another angle that they can use to attack Donald Trump? In any event, it is undeniable that evidence is mounting that big trouble could be right around the corner. European financial markets are already in meltdown mode, a major international trade war has just erupted, the worst “retail apocalypse” in modern U.S. history is accelerating, and our debt problems continue to grow with each passing day. Normally the mainstream news is much more subdued than I am about all of this stuff, and so I was very surprised to see reporter James Pethokoukis come out with an article entitled “Here comes another global financial crisis”…

Investors are increasingly worried that an escalating political crisis in Italy could lead to a populist, euroskeptic government taking power. As a result, there’s rising uncertainty about whether the country might eventually abandon the euro currency zone or default on its giant debt pile. To make things worse, the Trump administration continues to toy with the idea of a trade war with Europe and China. That would be the last thing the global economy would need if the Italian situation deteriorates further. Debt crises and trade wars are a toxic combination.

And remember, this comes just days after George Soros ominously declared that “we may be heading into another major financial crisis.”

So what has changed?

Certainly, what is happening in Italy is starting to get everyone’s attention. Here is more from James Pethokoukis…

Italy is the eurozone’s third-largest economy, 10 times the size of Greece’s. It also has the world’s third-largest sovereign debt market, some $2.7 trillion. Only Greece has a higher public debt-to-GDP ratio in the eurozone. My AEI colleague Desmond Lachman, a former International Monetary Fund official and Wall Street emerging market strategist, argues that Italy’s troubles have the potential to roil the global economy much like the 2008 Lehman bankruptcy. (The 10th anniversary of “Free Market Day” is coming!) America wouldn’t be spared.

And it isn’t just Italy. Financial institutions all over Europe are deeply troubled, and that includes the largest bank in Germany.

On Thursday, Deutsche Bank’s stock price crashed to an all-time low. This caused such a stir that the bank was actually forced to issue a statement about it.

I have been writing about the troubles at Deutsche Bank for a very long time. When they finally go down for good, it is going to create a “Lehman Brothers moment” for the entire planet. This week, there were two key revelations that led to the dramatic stock price decline. The following comes from Wolf Richter…

This came after leaked double-whammy revelations the morning: One reported by the Financial Times, that the FDIC had put Deutsche Bank’s US operations on its infamous “Problem Bank List”; and the other one, reported by the Wall Street Journal, that the Fed, as main bank regulator, had walloped the bank last year with a “troubled condition” designation, one of the lowest rankings on its five-level scoring system.

Meanwhile, the other major factor that has investors starting to panic is the beginning of an international trade war.

It takes a great deal to get the Canadians upset, but they have already retaliated against the tariffs that the Trump administration just imposed on them…

Freeland said Canada plans to slap dollar-for-dollar tariffs on the U.S. The Nafta partner’s proposed import taxes would also cover whiskey, orange juice and other food products alongside the steel and aluminum tariffs.

And it is expected that we will see retaliation from the Chinese, the Europeans and Mexico shortly. All of this is causing a great deal of consternation on Capitol Hill, and it could mean big trouble for Republicans in November.

At the same time all of this is going on, this week we learned that 13 of Bank of America’s 19 “bear market indicators” have now been triggered. The following summary comes from Zero Hedge…

Specifically, the following indicators have now been triggered, with the latest 2 bolded:

And here are the 6 indicators that have yet to ring the proverbial bell.

Like so many others, I’ve got a bad feeling about all of this.

And so does best-selling author James Rickards. He seems quite convinced that we are heading for the largest market collapse that anyone has ever seen…

Each crisis is bigger than the one before. In complex dynamic systems such as capital markets, risk is an exponential function of system scale. Increasing market scale correlates with exponentially larger market collapses.

This means that the larger size of the system implies a future global liquidity crisis and market panic far larger than the Panic of 2008.

Today, systemic risk is more dangerous than ever. Too-big-to-fail banks are bigger than ever, have a larger percentage of the total assets of the banking system and have much larger derivatives books.

It has been 10 years since 2008, and conditions are definitely ripe for another great financial crisis.

Stay frosty my friends, because it looks like events are going to accelerate greatly in the months ahead.