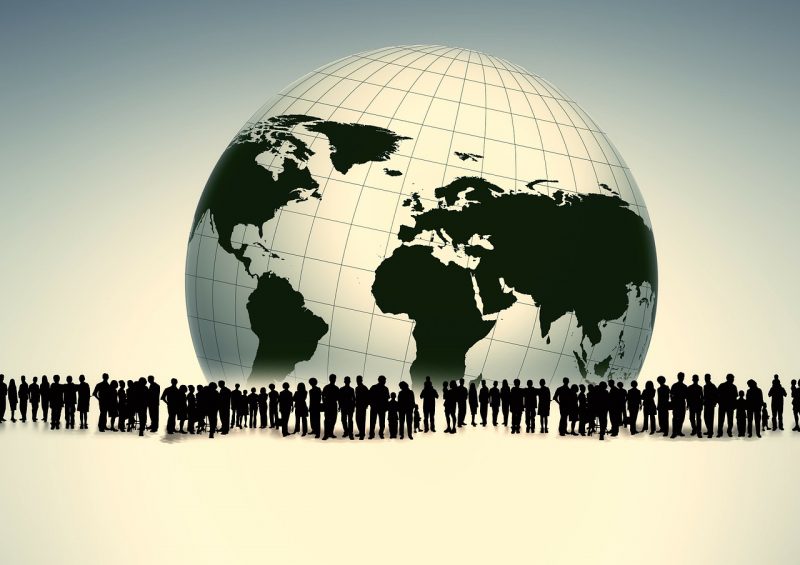 The unprecedented employment crisis that we are watching unfold around the globe is so bizarre that it could have been pulled straight out of an episode of the Twilight Zone.  For the very first time in recorded history, there is an extremely severe shortage of workers in nations all over the planet.  When this shortage first started to emerge earlier this year, I thought that it was very strange, because 2020 had been a year when we had seen unemployment absolutely skyrocket in the U.S. and other western nations.  In fact, somewhere around 70 million Americans filed claims for unemployment benefits last year.  Not too long ago we had vast hordes of people that were out of work, and now we are suddenly facing the greatest labor shortage in history?

Something is not adding up.

When I wrote my most recent article about the labor shortage, a few people wrote to me and blamed the Biden administration for what we are witnessing.

And it is certainly true that actions that the Biden administration has taken have made the labor shortage in the United States even worse.

But the Biden administration is not the reason why there is an extremely severe shortage of workers literally all over the planet.  In Vietnam, for example, there are so few workers that the government actually sent the army out to help with the rice harvest…

Across the world, a dearth of workers is shaking up food supply chains.

In Vietnam, the army is assisting with the rice harvest. In the U.K., farmers are dumping milk because there are no truckers to collect it. Brazil’s robusta coffee beans took 120 days to reap this year, rather than the usual 90. And American meatpackers are trying to lure new employees with Apple Watches while fast-food chains raise the prices of burgers and burritos.

Why aren’t there enough people to do these jobs?

Considering the horrendous unemployment crisis that gripped much of the globe during the earlier stages of this pandemic, you would think that there should be colossal pools of desperate workers for large companies to choose from at this point.

But instead, it is almost as if untold numbers of low paid workers have simply disappeared.

For example, the world would be just fine if there was a severe shortage of actors and actresses.

But if there aren’t enough people to grow, process and transport our food, that is a massive problem, and that is precisely what we are currently facing…

Whether it’s fruit pickers, slaughterhouse workers, truckers, warehouse operators, chefs or waiters, the global food ecosystem is buckling due to a shortage of staff. Supplies are getting hit and some employers are forced to raise wages at a double-digit pace. That’s threatening to push food prices – already heated by soaring commodities and freight costs – even higher. Prices in August were up 33% from the same month last year, according to an index compiled by the United Nations’ Food and Agriculture Organization.

Unfortunately, the shortages and price increases are eventually going to get a whole lot worse.

I cannot recall another time since the dawn of history when the entire world has ever faced something like this.

Please correct me if I am wrong.

All over the globe, we are being told that shortages of food are being caused because there simply is not enough people to do the work…

Shortages are hitting farms, processors and restaurants alike. Malaysia, the world’s No.2 palm oil producer, has lost about 30% of potential output of the edible oil used in everything from chocolate to margarine. Shrimp production in southern Vietnam – one of the world’s top exporters – has dropped by 60% to 70% from before the pandemic. And a fifth of tomato production in the south of Italy has been lost this year, due to the scorching heat and transport paralysis, according to the farmers’ association CIA.

Before the pandemic, there was never a time when we didn’t have enough workers to do the basic tasks that needed to get done.

In fact, many nations around the globe were persistently facing huge problems with rampant unemployment.

But now the pandemic has come along and suddenly all of our unemployment problems have been solved?

I don’t understand why this isn’t raising a red flag for more people.

Here in the United States, if you want a job you certainly have many to choose from these days.

In response to the article that I posted a few days ago, one of my readers sent me an email describing what conditions are like in one section of Illinois…

Where have all the people gone? When you drive down the highway in Fairview Heights and Swansea, Illinois, there are signs on both sides, now hiring. Fazoli’s, a fast food Italian restaurant has a sign stating that they pay up to $15 an hour. Domino’s is looking for employees, Sparkle Car Wash, a rental business, and several others within a two or three block area. Panera Bread Company has signs posted outside that they closed early now due to lack of employees. Food items on our grocery shelves are dwindling and they are never replaced. Some of the food is expired. I noticed when trying to purchase butter at Aldi’s, it had the same expiration date as it did months ago. They put out expired butter and left it out to sell in the cooler. Same thing at Schnuck’s, you have to be careful and check the expiration dates. A lot of their food has either expired or is about to expire very soon.

At a time when basic services are breaking down because of a lack of workers, the Biden administration has decided to make things even worse by imposing offensive new mandates on tens of millions of workers.

As these new mandates go into effect, we could soon see things we have never seen before in the history of our country.

For instance, it is being projected that close to half of the entire police force in the city of San Diego could soon be forced to quit their jobs…

A rather remarkable situation in San Diego that we could see play out in the rest of the nation.  The police union, The San Diego Police Officers Association (SDPOA), asked their members about the vaccination mandate.

65 percent of the respondents said they would consider quitting the force if the city were to impose a requirement.  However, an alarming 45 percent said they would rather be fired than comply with the mandate.

The SDPOA has 1,971 members.  According to the San Diego Union Tribune, half of those officers are not vaccinated.  If that half of the entire police department were to be fired for non-compliance with the vaccine mandate, the city of San Diego would be in a really sketchy place.

The path that the Biden administration has decided to take us down is absolutely nuts.

As scores of qualified workers leave their posts, the problems that we are facing right now could go to an entirely new level.

But the U.S. is only one piece of the overall puzzle.

Everywhere in the world there are alarming labor shortages, and we are being told that this is a crisis that isn’t going to be solved any time soon.

So once again, there is a very simple question that I must ask.

Where did all the people go?

This is story of monumental importance, and hardly anyone is talking about it.