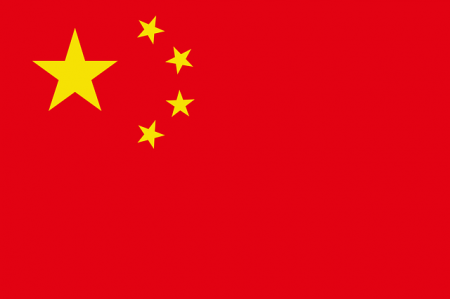 The influx of Central American illegal immigrants appears to have attracted the attention of Chinese nationals seeking to gain access to the United States. Border Patrol union officials in the Rio Grande Valley Sector tell National Review Online they’ve noticed a recent uptick in the number of Chinese border crossers. While the Obama administration has sought to attribute the spike in Central Americans coming to the U.S. to poverty and regional violence, no such explanation exists for the arrival of Chinese immigrants.

“[Traffic of Chinese-born persons] seemed to have dried up for awhile, but then maybe within the last month or so it seemed to have increased,” says Albert Spratte, the sergeant-at-arms of the National Border Patrol Council Local 3307 in the Rio Grande Valley. “You see them in threes or fours, and it’s always, ‘Oh, the one-child policy, the one-child policy, don’t want to go back.’ They’re always trying to claim some credible fear.”

Marine Corps Gen. John Kelly is commander of the U.S. Southern Command, or SOUTHCOM, charged with responsibility for the Caribbean Sea and all lands south of Mexico.

Particularly in regards to the drug trade, murder rates and terrorist activity brewing in Central America, Kelly says, the waves of Latin Americans sweeping through Mexico and illegally into Texas presents a threat to the U.S. every bit as serious as Iran or North Korea.

“In comparison to other global threats, the near collapse of societies in [this] hemisphere with the associated drug and [illegal immigrant] flow are frequently viewed to be of low importance,” Kelly said in an interview with Defense One. “Many argue these threats are not existential and do not challenge our national security. I disagree.”

Illegal Immigration – A Government Sanctioned Invasion Of Our Country

Fox News’ Todd Starnes reports on the illegal immigration crisis at the southern border of the United States. Todd questions who these kids are being sent to in the U.S. as many of their moms and dads are still home in their native countries. ‘This is going to be a tax burden for the American people.’ View the video at nation.foxnews.com/

One Cameron County rancher said smugglers ordered him to look the other way or face the consequences. The landowner said smugglers are using trails on his property to bring illegal persons.  Watch the video at krgv.com

he White House would have us believe that the massive flood of immigrants on our southern border was a surprise that no one could have predicted. But a government contract posted in January of 2014 by the Department of Homeland Security tells a shockingly different story. According to the FedBizOpps.gov web site the government was seeking personnel who could provide escort services for “Unaccompanied Alien Children” in anticipation of an event that would leave up to 65,000 minors on our southern border without their parents or guardians.

Protesters Divert 3rd Round of Buses from Murrieta

Demonstrators opposed to illegal immigration stood their ground again at the Murrieta Border Patrol station on Monday, where U.S. Border Patrol had been scheduled to transfer a third round of buses, with approximately 140 illegal aliens aboard in total, transferred from overcrowded Texas detention facilities.  Watch the video at breitbart.com

Freeman said she expected militia members to become visible in border communities, including the Rio Grande Valley, in the coming weeks but she wanted to stress that the operation’s commander — Chris Davis — is warning members against using any violent means.

The groups, who identify themselves as “Patriots,” “Oathkeepers” and “Three Percenters,” are using social media, blogs and a 24-hour hotline to recruit and mobilize volunteers that will travel to Laredo, carry firearms and attempt to assist law enforcement agencies on the border.

However, U.S. Customs and Border Protection said they do not “endorse or support any private group or organization from taking matters into their own hands as it could have disastrous personal and public safety consequences.”  Read more at chron.com

Murrieta Mayor: Feds Never Contacted Us About Dumping Illegals in Our City

Alan Long also told FOX News the federal government have not contacted him about dumping hundreds of illegal immigrant children on the streets of Murrieta.

“We’re a very small town. It’s a bedroom community of about 106,000 and the air is clean and the people are beautiful… As far as we know, Murrieta is still a destination point. So we have every reason to expect more buses to arrive in Murrieta. Border patrol and Homeland Security has not answered any of those questions. We just anticipate more coming. Border patrol… At the national and the Department of Homeland Security, we have yet to hear from them with a short term and long term plan. So we’re really in the dark.”

1 thought on “The Word Is Out! -Illegal Immigrants from China NOW Crossing Border”