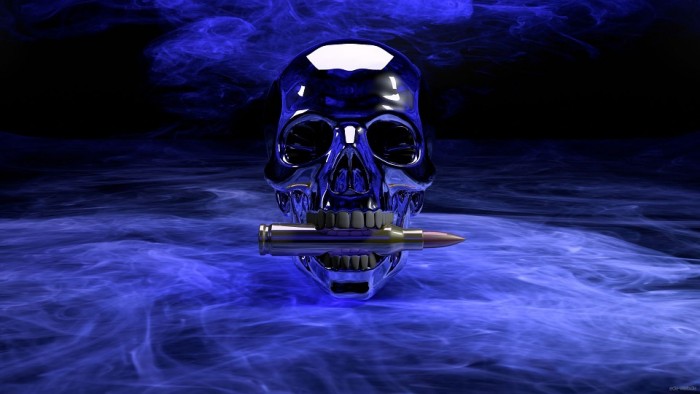 Are Saudi Arabia and Turkey about to send ground troops into Syria? If so, how will Russia, Iran and the Syrian government respond? In 2016, Syria has become ground zero for a conflict that has been raging for centuries. For more than a thousand years, the Sunnis and the Shiites have been wrestling with one another for control of the Middle East. Saudi Arabia, Turkey and other Sunni nations had hoped to turn Syria into a Sunni nation, and for years they have been funding and arming ISIS and other Sunni insurgent groups in an attempt to overthrow the Assad regime. Initially the Assad regime was losing quite a bit of ground, but the tide turned once the Syrians invited the Russians and the Iranians to help them. Of course the Iranians have their own long-term goals. Once Assad leaves power, the Iranians hope to turn Syria into a truly Shiite nation that is run and dominated by Hezbollah. At this moment, the Sunnis and losing and the Shiites are winning. Relentless Russian airstrikes have enabled Syrian, Iranian and Hezbollah ground forces to advance, and now they have surrounded Aleppo. Before the war Aleppo was the largest city in Syria, and if it falls, the war will be very close to over.

Thousands of refugees are currently flooding out of Aleppo as the Russians bombard the surrounding area continually. There is little hope that the Sunni forces that once were so optimistic about overthrowing Assad can hold out much longer without help.

As the situation becomes increasingly desperate, Saudi Arabia and Turkey are now considering what was once unthinkable – a full-blown ground invasion of Syria.

Of course this could very well set off World War III in the Middle East, but Saudi Arabia and Turkey have already invested so much in this conflict, and they don’t appear to be willing to throw up their hands and walk away now.

“What’s going on in Syria can only go on for so long. At some point it has to change,” Turkish President Recep Tayyip Erdogan told reporters on a plane back to Turkey from Latin America over the weekend.

As we’ve documented extensively over the past several days, Ankara, Riyadh, and Doha have their backs against the wall when it comes to the effort to oust Bashar al-Assad and perpetuate Sunni hegemony in the Arabian Peninsula.

Hezbollah has surrounded Aleppo and their advance is backed by what’s been described as an unrelenting Russian air campaign. The rebels’ supply lines to Turkey have been cut and without a direct intervention by either the US or the Gulf states, the battle for Syria will have been lost for the opposition which pulled out of peace talks in Geneva citing the ongoing aerial bombardment by Moscow.

And according to Bloomberg, he added the following ominous statement…

“You don’t talk about these things. When necessary, you do what’s needed. Right now our security forces are prepared for all possibilities.”

The Saudis are being less vague. They are now publicly saying that they would definitely be willing to commit ground troops to the conflict in Syria…

Ahmed Asseri, a spokesman for the Saudi Arabia-led coalition fighting Yemen, said Saudis would also be willing to contribute ground troops as part of a wider campaign against Islamic State in Syria, Al-Arabiya television reported Friday.

And consider what one of their top generals told Al Jazeera…

“Today, the Saudi kingdom announced its readiness to participate with ground troops with the US-led coalition against ISIL, because we now have the experience in Yemen,” Brigadier General Ahmed Asseri told Al Jazeera.

We know that air strikes cannot be enough and that a ground operation is needed. We need to combine both to achieve better results on the ground.”

In addition to Saudi Arabia, the government of the United Arab Emirates is also indicating that it is ready to send ground forces into Syria. The following comes from the Express…

On Sunday, the UAE, a federation of seven states and one the Middle East’s most important economic centres, said it stands ready to supply ground troops to support and train international coalition soldiers in the war-ravaged country.

Minister of State for Foreign Affairs Anwar Gargash said boots on the ground are the most effective way to fight ISIS, also known as Daesh.

Mr Gargash said: “I think that this has been our position throughout, that a real campaign against Daesh has to include ground elements.”

All of that stuff that the UAE and the Saudis are saying about fighting ISIS is complete nonsense.

Thanks to the Russians, the Iranians and Hezbollah, ISIS and other Sunni insurgent groups are already on their last legs in Syria.

No, the truth is that the only reason the UAE, the Saudis and Turkey would go in would be to help the Sunni insurgency win the war.

And of course they would absolutely love the assistance of the United States in this venture. Unfortunately for them, the Obama administration does not seem very eager to commit troops in large numbers to this fight.

I think that the Obama administration realizes that a full-blown invasion of Syria at this point could easily bring us to the brink of war with Russia. The following is what U.S. Secretary of State John Kerry reportedly said to a Syrian aid worker on the sidelines of a recent international conference on Syria…

Two Syrian aid workers said they approached Kerry at a donor conference drinks reception and told him that he had not done enough to protect Syrian civilians. He then said they should blame the opposition.

“He said that basically, it was the opposition that didn’t want to negotiate and didn’t want a ceasefire, and they walked away,” the second of the aid workers told MEE in a separate conversation and also on the basis of anonymity.

“‘What do you want me to do? Go to war with Russia? Is that what you want?’” the aid worker said Kerry told her.

For once, John Kerry has it right.

If a Sunni coalition spearheaded by the United States were to conduct a full-blown invasion of Syria, it would force the Russians to respond.

And once Americans and Russians start killing one another, World War III is only a hop, skip and jump away.

But even if the U.S. is not involved, joint military action by Saudi Arabia and Turkey in Syria definitely would have the potential to spark a major regional war in the Middle East. From there, who knows how far it could spread.

Our world is becoming increasingly unstable, and Syria has become a crucible for rising global tensions that could explode at any moment.

Hopefully Saudi Arabia and Turkey will listen to common sense. If they choose to go in, there is very little to be gained and so much that could be lost. They will never be able to defeat the combined forces of the Russians, the Iranians and Hezbollah, and they could very easily end up starting a war that nobody wants to see.