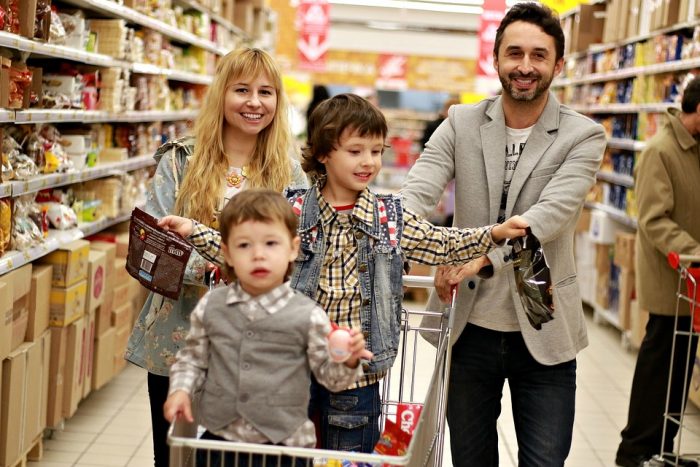 We are nearly a year into Donald Trump’s presidency, and the economic numbers continue to look quite good. On Monday, we learned that U.S. retail sales during the holiday season are projected to be way up compared to 2016. Yes, there are all sorts of economic red flags popping up all over the place, and I write about them regularly. And without a doubt, 2017 has been one of the worst years for brick and mortar retail stores in a very long time. But when something good happens we should acknowledge that too, and many are giving President Trump credit for the fact that retail sales are projected to be up 4.9 percent this holiday season compared to last year…

Despite thousands of store closings this year, Americans supplied a final flurry of spending to give retailers their best holiday season sales since 2011, figures released Tuesday show.

Of course this doesn’t mean that things have completely turned around for the retail industry. We still absolutely shattered the all-time record for store closings in a single year, and the final number is going to be somewhere right around 7,000. The following comes from CNBC…

A larger-than-average slew of retail bankruptcies and stores being shuttered rocked the industry this year, making headlines and dragging even some of the better-performing companies such as Home Depot, TJ Maxx and Costco down with the dismal news.

So far in 2017, 6,985 store closure announcements have been made, according to a tracker from FGRT (formerly Fung Global Retail & Technology). That’s up more than 200 percent from a year ago, based on the firm’s findings.

More specifically, the number of store closings is up 229 percent compared to last year.

So yes, we are still very much in the midst of a “retail apocalypse”.

And actually, earlier this month we got news that Toys R US has filed for bankruptcy protection and could soon close as many as 200 stores…

It’s hardly fun and games for the toy industry this holiday season with the bankruptcy of Toys ‘R’ Us hurting the fortunes of toymakers Mattel (MAT) and Hasbro (HAS). The sector’s prospects aren’t expected to improve anytime soon.

Toys ‘R’ Us, which filed for bankruptcy in September, is now said to be considering closing as many as 200 U.S. stores, roughly 21 percent of its brick-and-mortar locations, because of lackluster sales.

The fact that retail sales are up so much during this holiday season may slow the retail apocalypse, but it certainly will not end it.

We have got so much work to do to turn the economy around, but at least we have taken a few small steps in the right direction. The recent tax bill that Congress passed was one of those small steps, but there is still so, so much more that needs to be accomplished.