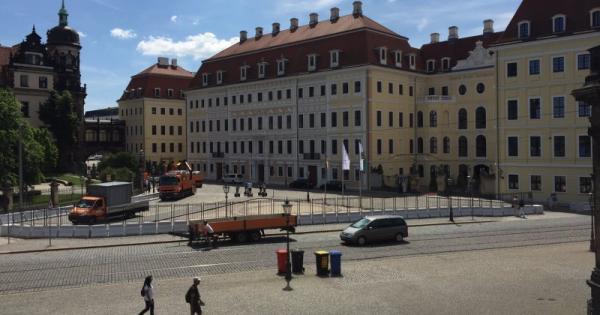 Later this week, dozens of the most important men in the world are going to gather at an ultra-luxury hotel in Dresden, Germany to discuss the future of the planet. What will happen at this meeting will not be televised, and the mainstream media in the United States will almost entirely ignore it, but decisions will be made at this conference that will affect the lives of every man, woman and child on the entire globe. Of course I am talking about the Bilderberg Group, and for decades you were labeled a “conspiracy theorist” if you even acknowledged that it existed.

Every year since 1954 the elite of the world have gathered at this time of the year to “discuss global events”, and since the Bilderberg Group operates under Chatham House Rules, everyone that participates is banned from revealing what goes on during the conference.

But what takes place at these conferences really matters. For example, it has been documented that the Bilderberg Group played a key role in the development of the European Union and in the decision to create the euro.

The elitists that attend these meetings are not the kind of people that would waste their time having tea and exchanging small talk. The list of previous attendees includes Bill Clinton, Hillary Clinton, George H.W. Bush, Prince Charles, David Cameron, Tony Blair, Henry Kissinger, Bill Gates, Angela Merkel, Ben Bernanke, Timothy Geithner, Rick Perry, David Rockefeller and Joe Biden. I have included a list of those attending Bilderberg this year at the end of this article.

The Taschenbergpalais Hotel In Dresden has been transformed into a heavily armed camp for this year’s conference, which only adds to the aura of mystery surrounding Bilderberg. The following comes from the Guardian…

You know Bilderberg’s about to begin when you start seeing the guns. The Taschenbergpalais hotel in Dresden is filling up with pistol-packing plainclothes security as the last guests are ushered out. The frowning gunslingers head up and down the corridors with their hotel maps, trying door handles and checking the lay of the land while, down in the hotel lobby, corporate goons gather in muttering huddles.

I don’t know why everyone’s so antsy. According to the local newspaper DNN, at least 400 police officers will be surrounding the venue for the three days of the talks. There’s already a ring of concrete blocks around the entrance. Is that not enough? What are they expecting? The charge of the light brigade?

So what precisely is going on that is so incredibly important that it needs such protection?

Well, the following list of “key topics” for discussion at this year’s conference comes directly from the official Bilderberg website…

I didn’t know what that term meant, so I had to look it up. Here is how one source defines it…

The precariat is similar to the blue-collar workers of yesteryear in that they earn less than what Standing calls the salariat, but they are unique in that workers in manufacturing jobs, for instance, tended to have job security, benefits, and often union protection (which played a large part in the presence of the first two). Today’s precariat usually has none of that, and spans income and education levels, from sub-minimum-wage illegal migrant work and low-wage retail or service work to highly educated but contract- and freelance-dependent industries (like, ahem, journalism). Members of the precariat also, unlike their working-class forebears, have to put in an alarming amount of work that no one considers “work” or compensates them for.

But of course there will certainly be other things not on the official agenda that will be discussed by the elitists that gather in Dresden. Two topics that will definitely be on the minds of most attendees will be the upcoming Brexit vote and the Donald Trump phenomenon…

The attendance of anti-Trump Senator Lindsey Graham is an obvious sign that Bilderberg will be scheming on how to prevent Trump from defeating Bilderberg’s chosen candidate – Hillary Clinton.

As we reported during last year’s conference, Bilderberg was confident that Clinton could shake off her GOP challengers, but Trump’s self-funded campaign and his public opposition to globalism and internationalist trade deals like NAFTA has shocked the Bilderberg elitists.

Bilderberg will obviously be discussing Brexit – Britain referendum vote to leave the EU – because it threatens the future of the European Union federal superstate that was the brainchild of Bilderberg in the first place.

Ultimately, key decisions regarding the future of the European Union, U.S. politics and the global financial system will be made at this conference, but we are not supposed to know what takes place at Bilderberg and the mainstream media in the United States has always had a policy of virtually ignoring these meetings.

But some things have changed. In the past, it always took a good bit of detective work to figure out who was attending these meetings, but in recent years an official list of participants has been published on the Bilderberg website. Below is the official list for this year. Do you recognize any familiar names on this list?…

2 thoughts on “Bilderberg 2016: What Are The Global Elite Plotting This Time Around?”