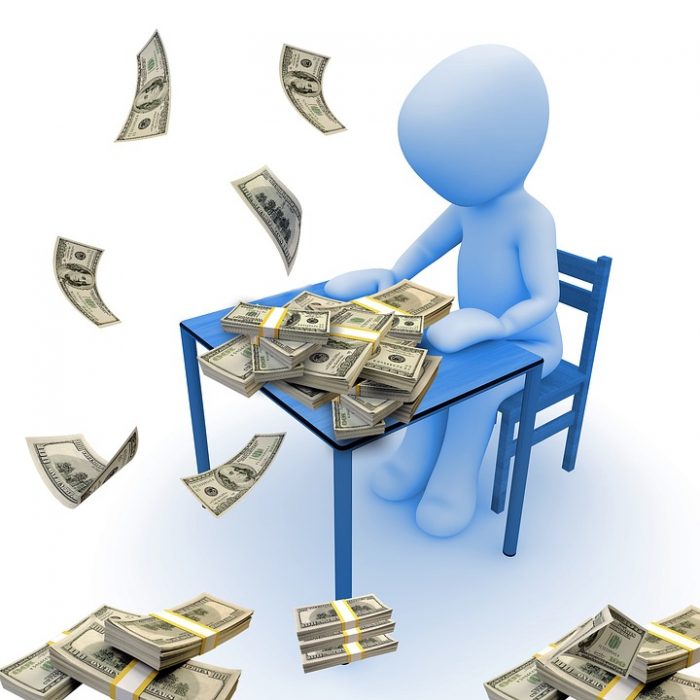 Margaret Thatcher once said that the problem with socialism “is that eventually you run out of other people’s money”. As you will see below, the combined enrollment in America’s four largest safety net programs has reached a staggering 236 million. Of course that doesn’t mean that 236 million people are getting benefits from the government each month because there is overlap between the various programs. For example, many Americans that are on Medicaid are also on food stamps, and many Americans that are on Medicare are also on Social Security. But even accounting for that, most experts estimate that the number of Americans that are dependent on the federal government month after month is well over 100 million. And now that so many people are addicted to government handouts, can we ever return to a culture of independence and self-sufficiency?

On Wednesday, CNN ran an editorial by Bernie Sanders in which he called President Trump’s proposed budget “immoral” because it would cut funding for government aid programs.

But is it moral to steal more than a hundred million dollars from future generations of Americans every single hour of every single day to pay for these programs?

Of course the answer to that question is quite obvious.

There will always be some Americans that are unable to take care of themselves, and we should want to help them.

But as millions upon millions of Americans continue to jump on to the safety net, eventually we are going to get to the point where it is going to break.

As I mentioned above, the combined enrollment in the four largest safety net programs has reached a new all-time record high…

–More than 74 million Americans are on Medicaid and CHIP (Children’s Health Insurance Program).

–More than 58 million Americans are on Medicare.

–More than 60 million Americans are on Social Security.

When you add the figures for those four programs together, you get a grand total of 236 million, and that doesn’t even count any of the other federal programs which are helping people.

Once again, there is overlap in enrollment between these various programs, but even accounting for that most experts believe that well over a third of the country is currently receiving benefits from the government each month.

How far down this road do we have to go before people start calling it “socialism”?

As I was writing this, I was reminded of one of Benjamin Franklin’s most famous quotes…

“When the people find that they can vote themselves money that will herald the end of the republic.”

In our country today, many politicians have discovered that one of the best ways to win elections is to promise the voters as much free stuff as possible. This is one of the primary reasons why Bernie Sanders did so well. Young people loved his socialist policies, and he received more votes from Millennials in the primaries and caucuses than Donald Trump and Hillary Clinton combined.

As older generations of Americans continue to die off, the Millennials will just become even more powerful politically. And considering the fact that they are far more liberal than other generations, that is a very alarming prospect…

And millennials made all that clear during the Democratic presidential primary, when many of them cast their vote for Vermont Sen. Bernie Sanders, a self-avowed socialist. In fact, the report credits the New England lawmaker with a “bounce” that led to less than half of millennials — 42 percent — having a favorable view of capitalism.

At this point, the Republic that our founders established is barely recognizable, and if it is going to be saved we need a conservative revolution as soon as possible.

A good place to begin would be to dramatically reduce the size and scope of the federal government, and there are some promising signs in the budget that President Trump has proposed. He wants to completely eliminate 66 federal programs, and liberals are screaming bloody murder over this.

Of course Trump’s budget is “dead on arrival” in Congress because many among his own party do not support him. Most Republicans campaign as conservatives but govern like Democrats, and it is high time that we held them accountable for that. In 2018 we are going get Trump a whole bunch of friends in Congress, and a lot of those establishment Republicans that have been betraying conservatives for years are going to have to find a new line of work.

We simply cannot afford to keep sending the same cast of characters back to Washington time after time. Just look at the debacle that the effort to repeal Obamacare has become. According to Senate Majority Leader Mitch McConnell, getting any sort of bill through the Senate is going to be extremely challenging…

Referring to behind-the-scenes work among Senate Republicans on a healthcare bill, McConnell said, “I don’t know how we get to 50 (votes) at the moment. But that’s the goal.”

Under a scenario of gathering the votes needed for passage in the 100-seat chamber, Republican Vice President Mike Pence would be called upon to cast any potential tie-breaking Senate vote.

McConnell opened the interview by saying, “There’s not a whole lot of news to be made on healthcare.” He declined to provide any timetable for producing even a draft bill to show to rank-and-file Republican senators and gauge their support.

And yet somehow when Obama was in office the Republicans in the House and the Senate were able to easily pass a bill to repeal Obamacare and get it to Obama’s desk.

Why can’t they get that exact same bill to Trump’s desk?

We definitely need to “drain the swamp” in D.C., and we can start with Congress.

But the alliance between big money and big government is going to be hard to defeat, and so if we want our country back we are going to have to fight harder than we have ever fought before.