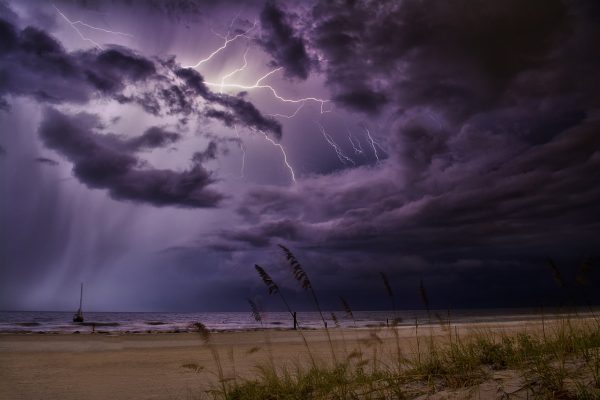 On March 11th, 2018 Marty Breeden had a very vivid prophetic dream about “approaching storms” that seems very relevant considering everything that is happening right now.  Over the last 30 days, there have been more than 500 tornadoes in the United States, the last 12 months have been the wettest in all of U.S. history, and record flooding is devastating communities all across the middle portion of the country right now.

Could it be possible that Marty’s prophetic dream is starting to be fulfilled?

Read his dream below and decide for yourself…

The dream I had last night will be difficult to share. One because it was so traumatic to have seen and been involved in….and two, the symbolism, meanings are hard to capture. So as always I will share what I saw and leave the timing and interpretation up to God.

It was almost as though in both the natural and in the Spirit, we were being WARNED. The people KNEW, they had been WARNED….I knew I had been WARNED.

I had been WARNED by God and had warned many others as instructed by God.

It was almost like we were being foretold of that which was coming as we looked at the map. There was not a single state that was not affected by these approaching storms.

What’s odd is that, normally, as the Meteorologist would show on the radar that which was coming and use different colors symbolizing severity…..they LITERALLY RAN OUT OF COLORS to be able to accurately describe that which would HIT!!!!!

I can hear even now, as they foretold and trying to tell the people to “Oh please my God prepare and know that EVEN your preparation may not save you!”

(Now admittedly here’s the part I don’t understand, but will report what I saw and heard!)

They said there were 6 storms coming. These storms had each been given names. This time they were given names of animals and birds,as to how each would affect the land and the people.

We were told that the first storm would be as a bird, that it would peck away at everything, and shake things mightily, but would also be used to deliver the message as in days of old…..

They told us that we would experience the end of all things when the WOLF came, and it was the 3rd Storm.

They showed us on the map. Through tears and stuttering and hanging their heads, they told us to prepare!!!!

One of the last things they said before they went off air was….”We really have nothing to compare this to, …..must get ready because you have never seen anything like this BEFORE!”

Storm #1……It hit with a magnitude that no one expected!

I remember that I could not gather myself enough to discern if this was natural or man made because it literally seemed to be BOTH simultaneously!!!!

The winds, the rain, the wreckage, everything……..I recall watching the large trees bending under the weight of the wind and seeing the waters rising on the coast and seeing the heartland POUNDED by a mighty force.

The next morning ….just as it was named it had pecked and shaken everything and word had indeed traveled across country at the devastation that had occurred.

Now……it was time to move on to the next storm warning. (This is where it gets tough!)

Again we looked at the map and literally we ALL GASPED as we saw the size and scope of what was coming KNOWING the magnitude of the first.

This time, all they would say was,…. “We really don’t know what to say or how to warn, just prepare as best you can!”

During the daylight hours it came.

It was really odd for you could see the storm clouds gathering and you could literally hear it coming.

I remember seeing the looks of fear and dread on peoples faces. Some people prayed, others checked their supplies.

For one of the first times ever though, it seemed as though now everyone was taking the warnings to heart and there was little to no mockery…..the first storm had taken care of all that.

The power by which this storm hit is truly unexplainable!

Every foundation was shaken, every room of every house had been MOVED!

I saw Naval Destroyers literally CAPSIZED on dry ground far from the coast from where they had come!!!

I saw death and destruction in unprecedented ways.

There was not a single family, business or church that had not been affected and devastated.

I recall back now that while it was happening, that I expected to be swept away any second….

I expected to be.