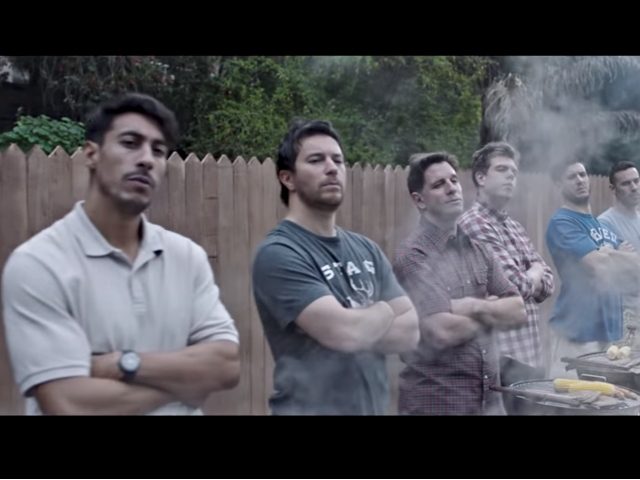 Does Gillette really think that they are going to sell more razors to men after millions of men watch their horrific new ad that is essentially an all-out assault on masculinity? The new ad is entitled “We Believe: The Best Men Can Be”, and within the first few seconds the term “toxic masculinity” is used. This is a deeply, deeply offensive term, and it has no place in our society. After all, could you imagine the uproar that would ensue if a large corporation dared to use the term “toxic femininity” in an advertisement? Women would be freaking out from coast to coast, and for good reason. There would simply be no excuse for using the term “toxic femininity”, and there is simply no excuse for using the term “toxic masculinity”. Gillette owes every man in America an apology, and they better make it a good one.

Just yesterday I wrote an article about the American Psychological Association’s new guidelines for men which say that “traditional masculinity” is “harmful”, and so when I heard that Gillette had put out this new ad it got my attention right away. Over on YouTube, this ad has already been watched more than 1.4 million times. It has 16,000 likes and more than 159,000 dislikes. That is almost a ten to one margin, and it is clear that this ad is backfiring spectacularly. Here is how Breitbart described this deeply offensive ad…

A new ad from P&G razor brand Gillette encourages men to reexamine themselves and the way that they raise young boys. The ad, which is called “We Believe: The Best Men Can Be,” is essentially a two-minute broad generalization about the way that men act and think.

Look, nobody approves of bullying or sexual harassment. But to make an ad which suggests that “masculinity” is defined by these sorts of behaviors is fundamentally wrong, and it is going to turn off millions of potential customers. I really like how Paul Joseph Watson made this point…

Insulting most of your own customers by insinuating they’re all would-be sexual abusers & creeps has to be one of the most original marketing campaigns in decades.

Somebody at Gillette needs to be fired over this.

Millions of men are going to quit buying Gillette razors because of this ad, and many of them will never forgive Gillette no matter how contrite the company may appear to be in the future.

And they should definitely realize that they have messed up really, really badly if even Piers Morgan is threatening to stop using their products…

I’ve used @Gillette razors my entire adult life but this absurd virtue-signalling PC guff may drive me away to a company less eager to fuel the current pathetic global assault on masculinity.

Perhaps some advertising exec thought it would be a grand idea for Gillette to jump on the social justice bandwagon. After all, it seems to be the hot thing to do.

But to conduct a direct attack on masculinity when nearly all of your customers are men seems to be incredibly foolish.

Of course I am not saying that all men are angels. In fact, earlier today I came across an article about a horrible 32-year-old doctor that is calling his pregnant wife “lazy” and is upset that she is only working 30 hours a week. But such behavior does not have anything to do with masculinity. Rather, that is called being a jerk.

And there is certainly nothing wrong with urging all of us to be the best people that we can possibly become. We should never be afraid to challenge one another to be better and to set higher standards, and on some level I think that is what this ad was attempting to do.

But this ad was so much more than that. It was essentially an all-out attack on masculinity, and it is very easy to understand why virtually every man that watches this ad comes away deeply offended.

So what should we do about it?

“I am taking action,” one Twitter user said in response to Gillette’s call for action. “I’m researching every product made by Proctor & Gamble, throwing any I have in the trash, and never buying any of them again until everyone involved in this ad from top to bottom is fired and the company issues a public apology.”

Let’s boycott all Gillette products until they apologize to us.

And the apology needs to have the same scale and scope as the original ad did. In other words, Gillette should make a new advertisement of similar length apologizing for the first ad, and they should spend at least as much money promoting it.

Of course they are not likely to do that, because it would not be the politically-correct thing to do.

As I stated yesterday, the elite are absolutely determined to permanently change our culture, and they are becoming more overt about it over time.

In the old days, big corporations would stay out of such controversies in order to avoid offending potential customers, but now they think that they can get away with it.

And the only thing that is going to make them think otherwise is if we quit buying their products, and so that is precisely what we need to do.