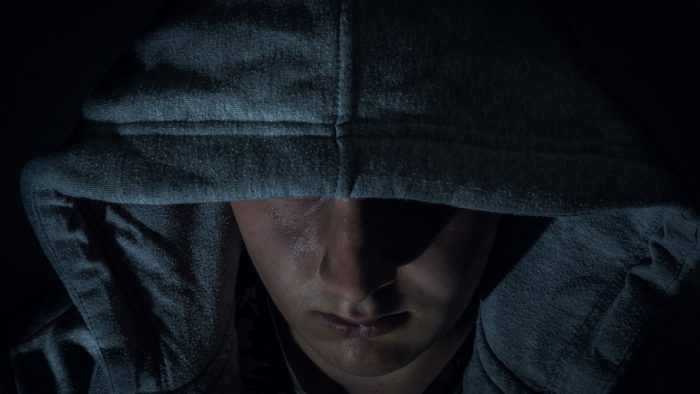 After reading this article, you will never be careless with your child in a public place ever again.  There really are predators out there that make a lot of money abducting children.  Some of the children that are abducted are abused, tortured or even killed inside the United States, but many others are quickly sent to the nearest port, shipped overseas, and ultimately used for some of the most horrific purposes that you can possibly imagine.  So if your child is kidnapped by professional traffickers, there is a chance that your precious little one could end up on the other side of the planet.

I want to share with you something that was originally posted by Amanda Cropsey Florczykowski on Facebook.  When people read the account of what almost happened to her two-year-old daughter, they can’t stop talking about it.  This post has already been shared more than 169,000 times on Facebook, and my hope is that we can get that number to multiply by bringing as much exposure to this story as possible.  Unless you have no emotional feeling left at all, what Amanda has shared about what almost happened to her daughter will send chills up your spine…

My name is Amanda and I’m a Longview, Texas resident. I’m convinced that our two-year-old daughter was the victim of a potential sex-trafficking scam yesterday.

I got in the check-out line at a local store early afternoon. I took my daughter out of the cart and the couple ahead struck up the typical conversation about how “cute your daughter is” and then asked about her age, repeatedly. I initially was understanding of what I assumed was a cultural barrier, but I quickly became uncomfortable with the woman’s body language and close proximity to my cart/kids. I picked my daughter up only to have the woman ask if she could hold her. The woman was so close at this point that my toddler reached her arms around the woman before I could really respond. In an instant her proximity finally changed and she backed away. I grabbed back on to my daughter as the woman was saying, “Say bye to mommy”—what an unusual comment to provoke a child to say. The woman resisted returning her when I physically pulled my daughter from her arms.

Know their conversation began immediately with me and this all took place over only a few moments. After this couple left, I was really shaken up but still noticed the man a few feet away in my peripheral vision, continuing to stand, by himself, with no groceries, in a closed check-out lane. He faced the opposite direction, but was looking over his shoulder at me; glaring would be an understatement. His eyes did not leave my every move and I confidently matched his stare to show I was aware of his presence. I loudly conversed with the cashier about their security staff and the odd couple that seemed predatory.

I’m thankful to Jesus that He alone protected us! I was able to get out and home safely with my family.

I’ve since researched sex-trafficking and some details were precisely my experience. I want to recount those specifics to create awareness in hopes that you can protect your own children.

—Abductors often work in groups and position themselves throughout the store. Although it wouldn’t appear that these three individuals were shopping together, I am certain this man and couple were a team.

—This couple were of East Indian descent and the man was white and covered in tattoos—all were mid 30s. Beware no matter the color, appearance, age or sex.

—The couple checked out with two items of little value. Something they could easily abandon.

—The woman had alarming proximity to me at times and twice put her hand on my basket. She created one route for me to place my groceries, thus leaving my attention divided between my kids and my task. (I did not place anything on the belt until they left…FYI.)

—I20 is a prominent sex-trafficking route; Longview included.

In fact, the U.S. Department of Justice used the following cities to study sex-trafficking data. Notice the first three.

—Houston is a popular port where these children are sold overseas.

—Abductors often follow you to your car and snatch the willing child they bonded with moments before; all while you put in groceries.

—The cashier remarked that she thought I knew these strangers. Their body language conveyed that to onlookers, which would make an exit convenient.

—I’ve heard this is happening at Target, Walmart and Kmart; often in the mornings/before lunch. Completely true of my experience, but it could happen anywhere.

—Moms shopping alone with kids are targeted. Also true of my experience.

—Although rumor says blonde, fair girls/teens are targets, I’ve yet to find that in my research & my daughter doesn’t fit that description.

—Additionally, little girls AND boys of any age are targets.

The thought of what could have happened is sickening. I’m just like you; a mom, and I hope my experience helps you to be, not fearful, but cautious!

(LPD have been contacted with this report.)

Many people out there do not understand that this has become a silent epidemic in this country.

According to the NCIC, children were reported missing nearly half a million times last year alone…

When a child is reported missing to law enforcement, federal law requires that child be entered into the FBI’s National Crime Information Center, also known as NCIC.

When we are talking about people that would take little children away from their parents and do unspeakably evil things to them, we are talking about wickedness on a level that defies description.  Certainly there have always been child abductions, but today parents have to deal with things that parents a couple of generations ago never even would have thought about.

Growing up in the 1970s and 1980s, my parents would allow me and my siblings to freely wander about our neighborhood and play wherever we wanted.  But in 2017 that would be unthinkable.

We live at a time when predators are literally grabbing children right off of the streets.  For instance, just consider what almost just happened in Oklahoma.  The following is the text of a letter that was sent home to students at one school after one of the students was almost abducted…

This letter is to make you aware of an incident that occurred last evening in the Twin Oaks addition near Washington Irving Elementary, but not far from some West Field subdivisions.

An Edmond student reported that at about 7 p.m. in the 1400 Block of NW 183rd St, a man in a dark colored SUV pulled up to her on the street and made a motion for her to get into the vehicle. The man did not get out of the SUV or make an attempt to touch the student, but because his motive was unclear we felt it important to bring to your attention.

A report of the incident has been filed with Oklahoma City Police. Teachers have been made aware of this incident as well and have been asked to be extra vigilant and watchful on duty as always.

Please review safety procedures with your child (especially those who walk home or ride the bus), and if you see anything suspicious, report it to the Oklahoma City Police Department.

Instead of endlessly talking about politics, the mainstream news should spend a lot more time focusing on things like this that really matter.

And we should push for laws that will ensure that predators and traffickers that victimize children get locked up permanently.

Having a child abducted is one of the most horrifying things that can ever happen to a parent, and my hope is that our national leaders will start to take this issue a lot more seriously.