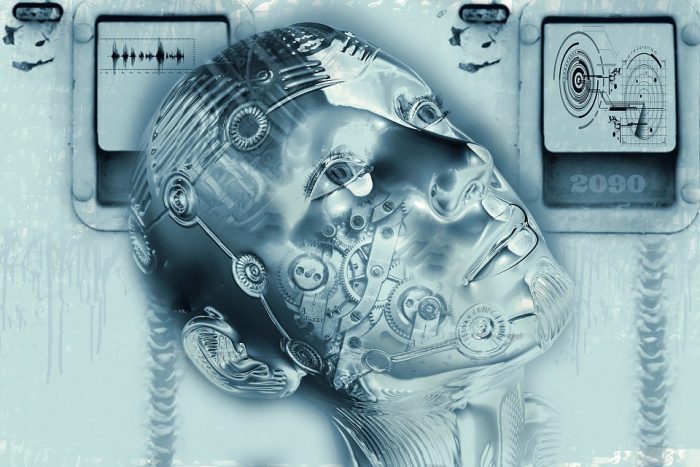 I know that the headline sounds absolutely crazy, but this is actually a true story. A Silicon Valley executive named Anthony Levandowski has already filed paperwork with the IRS for the nonprofit corporation that is going to run this new religion. Officially, this new faith will be known as “Way Of The Future”, and you can visit the official website right here. Of course nutjobs are creating “new religions” all the time, but in this case Levandowski is a very highly respected tech executive, and his new religion is even getting coverage from Wired magazine…

The new religion of artificial intelligence is called Way of the Future. It represents an unlikely next act for the Silicon Valley robotics wunderkind at the center of a high-stakes legal battle between Uber and Waymo, Alphabet’s autonomous-vehicle company. Papers filed with the Internal Revenue Service in May name Levandowski as the leader (or “Dean”) of the new religion, as well as CEO of the nonprofit corporation formed to run it.

So what will adherents of this new faith actually believe?

To me, it sounds like a weird mix of atheism and radical transhumanism. The following comes from Way of the Future’s official website…

We believe in science (the universe came into existence 13.7 billion years ago and if you can’t re-create/test something it doesn’t exist). There is no such thing as “supernatural” powers. Extraordinary claims require extraordinary evidence.

We believe in progress (once you have a working version of something, you can improve on it and keep making it better). Change is good, even if a bit scary sometimes. When we see something better, we just change to that. The bigger the change the bigger the justification needed.

We believe the creation of “super intelligence” is inevitable (mainly because after we re-create it, we will be able to tune it, manufacture it and scale it). We don’t think that there are ways to actually stop this from happening (nor should we want to) and that this feeling of we must stop this is rooted in 21st century anthropomorphism (similar to humans thinking the sun rotated around the earth in the “not so distant” past).

But even though Way of the Future does not embrace the “supernatural”, they do believe in a “God”.

In this new religion, the worship of a “Godhead” that will be created using artificial intelligence will be actively encouraged…

The documents state that WOTF’s activities will focus on “the realization, acceptance, and worship of a Godhead based on Artificial Intelligence (AI) developed through computer hardware and software.” That includes funding research to help create the divine AI itself. The religion will seek to build working relationships with AI industry leaders and create a membership through community outreach, initially targeting AI professionals and “laypersons who are interested in the worship of a Godhead based on AI.” The filings also say that the church “plans to conduct workshops and educational programs throughout the San Francisco/Bay Area beginning this year.”

So how “powerful” will this newly created “God” actually be?

Well, Levandowski says that he envisions creating an artificially intelligent being that will literally be “a billion times smarter than the smartest human”…

“What is going to be created will effectively be a god,” he said. “It’s not a god in the sense that it makes lightning or causes hurricanes. But if there is something a billion times smarter than the smartest human, what else are you going to call it?”

He added, “I would love for the machine to see us as its beloved elders that it respects and takes care of. We would want this intelligence to say, ‘Humans should still have rights, even though I’m in charge.’”

But what if this “super-intelligence” gets outside of our control and turns on us?

I am not sure that Levandowski has an answer for that.

Other transhumanists also believe that artificial intelligence will grow at an exponential rate, but instead of AI ruling over us, they see a coming merger between humanity and this new super intelligence. In fact, world famous transhumanist Ray Kurzeil believes that this will enable us to “become essentially god-like in our powers”…

Kurzweil and his followers believe that a crucial turning point will be reached around the year 2030, when information technology achieves ‘genuine’ intelligence, at the same time as biotechnology enables a seamless union between us and this super-smart new technological environment. Ultimately the human-machine mind will become free to roam a universe of its own creation, uploading itself at will on to a “suitably powerful computational substrate”. We will become essentially god-like in our powers.

And prominent transhumanist Mark Pesce takes things even further. He in absolutely convinced that rapidly advancing technology will allow ordinary humans “to become as gods”…

“Men die, planets die, even stars die. We know all this. Because we know it, we seek something more—a transcendence of transience, translation to incorruptible form. An escape if you will, a stop to the wheel. We seek, therefore, to bless ourselves with perfect knowledge and perfect will; To become as gods, take the universe in hand, and transform it in our image—for our own delight. As it is on Earth, so it shall be in the heavens. The inevitable result of incredible improbability, the arrow of evolution is lipping us into the transhuman – an apotheosis to reason, salvation – attained by good works.”

But no matter how hard these transhumanists try to run from death, it will eventually find them anyway, and at that point all of their questions about who God really is will be answered once and for all.