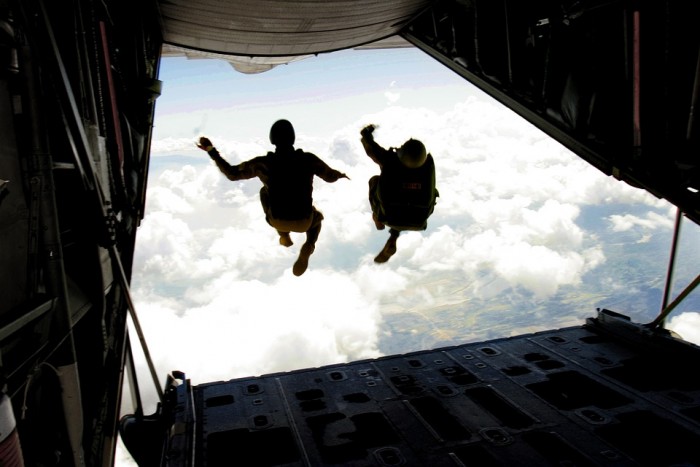 It was another day of utter carnage on Wall Street. The Dow was down another 364 points, the S&P 500 broke below 1900, and the Nasdaq had a much larger percentage loss than either of them. The Russell 2000 has now fallen 22 percent from the peak, and it has officially entered bear market territory. After 13 days, this remains the worst start to a year for stocks ever, and trillions of dollars of stock market wealth has already been wiped out globally. Meanwhile, junk bonds continue their collapse. JNK got hammered all the way down to 33.06 as bond investors race for the exits. In case you were wondering, this is exactly what a financial crisis look like.

Many of the “experts” had been proclaiming that “things are different this time” and that stocks could defy gravity forever.

Now we seeing that was not true at all.

So how far could stocks ultimately fall?

I have been telling my readers that stocks still need to fall about another 30 percent just to get to a level that is considered to be “normal” be historical standards, but the truth is that they could eventually fall much farther than that.

Just this week, Societe Generale economist Albert Edwards made headlines all over the world with his prediction that we could see the S&P 500 drop by a total of 75 percent…

If I am right and we have just seen a cyclical bull market within a secular bear market, then the next recession will spell real trouble for investors ill-prepared for equity valuations to fall to new lows. To bottom on a Shiller PE of 7x would see the S&P falling to around 550.

I will repeat that: If I am right, the S&P would fall to 550, a 75% decline from the recent 2100 peak. That obviously will be a catastrophe for the economy via the wealth effect and all the Feds QE hard work will turn dust.

That is why I believe the Fed will fight the next bear market with every weapon available including deeply negative Fed Funds rates in addition to more QE. Indeed, negative policy rates will become ubiquitous.

Most believe a 75% equity bear market to be impossible. But those same people said something similar prior to the 2008 Global Financial Crisis. They, including the Fed, failed to predict the vulnerability of the US economy that would fall into deep recession, well before Lehmans went bust in September 2008.

Other than stocks, there are three key areas that I want my readers to keep an eye on during the weeks ahead…

1. The Price Of Oil – The price of oil doesn’t have to go one penny lower to continue causing catastrophic damage in the financial world. If we hover around 30 dollars a barrel, we will see more bankruptcies, more defaults, more layoffs and more carnage for energy stocks. But of course it is quite conceivable that the price of oil could easily slide a lot farther. Just check out some of the predictions that some of the biggest banks in the entire world are now making…

Just this week Morgan Stanley warned that the super-strong U.S. dollar could drive crude oil to $20 a barrel. Not to be outdone, Royal Bank of Scotland said $16 is on the horizon, comparing the current market mood to the days before the implosion of Lehman Brothers in 2008.

Standard Chartered doesn’t think those dire predictions are dark enough. The British bank said in a new research report that oil prices could collapse to as low as $10 a barrel — a level unseen since November 2001.

2. Junk Bonds – This is something that I have written about repeatedly. Right now, we are witnessing an epic collapse of the junk bond market, just like we did just prior to the great stock market crash of 2008. As I mentioned above, Wednesday was a particularly brutal day for junk bonds, and Jeffrey Gundlach seems convinced that the worst is still yet to come…

He seemed to leave his most dire predictions for junk bonds, a part of the market he’s been bearish on for years. Gundlach believes hedge funds investing in risky debts face major liquidity risks if they are forced to exit positions amid investor redemptions. “We could be looking at a real ugly situation in the first quarter of 2016,” Gundlach said on a Tuesday call with investors, when referring to redemptions.

Because many hedge funds operate with leverage, he raised an alarming prospect that those who don’t redeem could be left with losses far more severe than their marks indicate. As the Federal Reserve raises rates, redemptions combined with tightening credit conditions could create major pricing dislocations.

3. Emerging Markets – We have not seen money being pulled out of emerging markets at this kind of rate in decades. We are seeing a repeat of the conditions that caused the Latin American debt crisis of the 1980s and the Asian financial crisis of the 1990s. Only this time what we are witnessing is truly global in scope, and central bankers are beginning to panic. The following comes from Wolf Richter…

“Last year was a terrible year, probably worse than 2009,” the head of Mexico’s central bank told a conference of central bankers in Paris on Tuesday. It was the first year since 1988 that emerging markets saw net capital outflows, according to the Institute of International Finance, a Washington-based association of global banks and finance houses.

In December more than $3.1 billion fled emerging market funds. If anything, the New Year has been worse.

“I don’t have any data yet for the first week of 2016 but it’s probably going to be very, very, very bad,” Carstens said. If conditions do not improve, he warned, central banks in emerging markets may have little choice but to adopt a more “radical” approach to monetary policy, including intervening in domestic bonds and securities markets.

In addition to everything that I just shared with you, we got several other very troubling pieces of news on Wednesday…

-GoPro just announced that it is getting rid of 7 percent of its total workforce.

The bad news is coming fast and furious now. The snowball that started rolling downhill about halfway last year has set off an avalanche, and panic has gripped the financial marketplace.

But my readers knew all of this was coming in advance. What we are witnessing right now is simply the logical extension of trends that have been building for months. The global financial crisis that started during the second half of 2015 is now bludgeoning Wall Street mercilessly, and investors are in panic mode.

We have never seen a year start like this, so it is hard to say. And if there is some sort of a major “trigger event” in our near future, we could see some single day crashes that make history.

Either way, the hounds have now been released, and it is going to be exceedingly difficult to get them back into the barn.