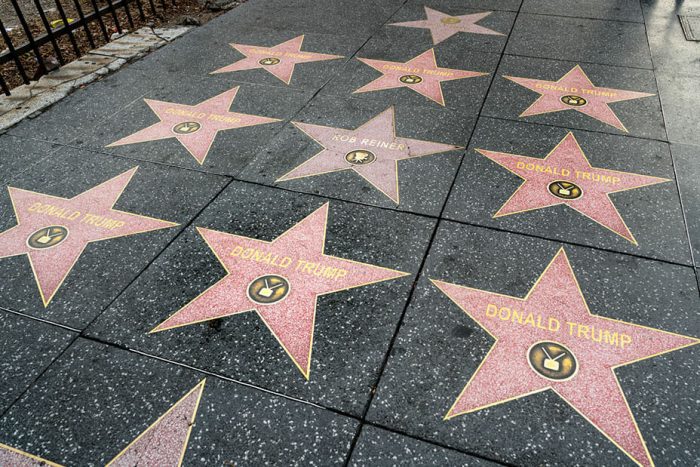 (Gateway Pundit) A group of anonymous right-wing street artists has multiplied President Donald Trump’s Walk of Fame star on Hollywood Blvd., following the destruction of his real one.

The group used 30 vinyl laminated Donald Trump stars to fill in blank squares along the path, which cost them roughly $1,000 to have printed.

The artists, friends of infamous conservative street artist Sabo, work under the handle “The Faction.”

Keep taking down the @realDonaldTrump star, and we will further spread Trump Derangement Syndrome by installing a never ending stream of stars. pic.twitter.com/6s0Y3YIkY5