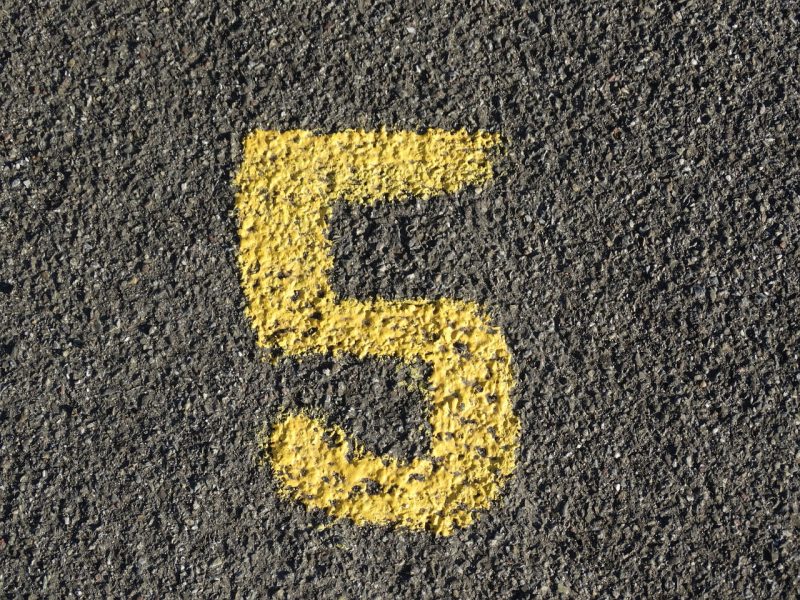 The pace at which conditions are changing is catching a lot of people off guard.  Here in the United States, we have been in a low inflation environment for most of the past four decades, and so many Americans don’t even have a frame of reference for what a highly inflationary environment looks like.  But now we are facing an inflation crisis that is unlike anything that we have seen since the Jimmy Carter era in the 1970s.  In response to the COVID pandemic, governments around the world have been borrowing and spending colossal mountains of money, and global central banks have been absolutely flooding their respective financial systems with new cash.  These measures were taken to stimulate the worldwide economy, but in the process a horrific inflation monster has been created, and it will not be tamed easily.  In fact, national governments and global central banks continue to do the very same things that created the horrific inflation monster in the first place.

#1 Inflation tends to hit those at the bottom of the economic food chain the hardest, but at this point even most millionaires say that they are “concerned about inflation”…

This is a major worry for most wealthy investors, according to CNBC’s latest millionaire survey. As many as 65% of millionaires are concerned about inflation caused by recent government spending, according to the report. Of those, 34% said they were very concerned.

The survey, conducted online in April and May by Spectrum Group on CNBC’s behalf, had 750 respondents with investable assets of $1 million or more.

#2 The biggest banks in the world are now sounding the alarm about the inflation crisis.  This week, a team of analysts from Deutsche Bank warned that “neglecting inflation leaves global economies sitting on a time bomb”…

We worry that inflation will make a comeback. Few still remember how our societies and economies were threatened by high inflation 50 years ago. The most basic laws of economics, the ones that have stood the test of time over a millennium, have not been suspended. An explosive growth in debt financed largely by central banks is likely to lead to higher inflation. We worry that the painful lessons of an inflationary past are being ignored by central bankers, either because they really believe that this time is different, or they have bought into a new paradigm that low interest rates are here to stay, or they are protecting their institutions by not trying to hold back a political steam roller. Whatever the reason, we expect inflationary pressures to re-emerge as the Fed continues with its policy of patience and its stated belief that current pressures are largely transitory. It may take a year longer until 2023 but inflation will re-emerge. And while it is admirable that this patience is due to the fact that the Fed’s priorities are shifting towards social goals, neglecting inflation leaves global economies sitting on a time bomb.

#3 Housing prices continue to soar into the stratosphere in the United States.  These days, investment funds, wealthy individuals and foreigners are all gobbling up homes in anticipation of making huge profits, and this is making things extremely difficult for ordinary home buyers.  Earlier, I found the following message from one exasperated home shopper on a popular discussion forum…

It’s crazy. Soon as it hits the market tons of offers.

“We’ve got Rich guys as far out as Hawaii buying houses sight unseen. They’ll even buy them in bulk. Anything from dumps to mansions.’

We’ve got Chinese snatching up properties, Bill Gates, Businesses, and like I said flippers. It’s Impossible!

Auction sites along with gov seized properties are flooded with the same types.

Can not compete you’ll be outbid by thousands upon thousand of dollars way above market value.

Any tricks or strategies to buy a house? Anything that may not have all the greedy bastards swarming over them?

A family seriously needing to actually live in a place seems completely s.o.l

Please if anyone has good advice would be appreciated. Thanks

#4 Used car prices have now officially entered “absurd” territory.  This week, we learned that the Used Vehicle Value Index has shot up by 26 percent so far in 2021…

Prices of used vehicles sold at auctions around the US in May spiked by 4.6% from April, by 26% year-to-date, and by 45% from April 2019, according to the Used Vehicle Value Index released today by Manheim, the largest auto auction operator in the US and a unit of Cox Automotive.

I used to recommend buying used vehicles to people because I thought that most of the time you could get a better value, but at this point I am reversing my recommendation.

In this environment, I would strongly encourage everyone to consider buying new vehicles because used vehicles have become so ridiculously expensive.

#5 Food prices continue to surge higher, and I continue to see reports of intermittent shortages around the nation.

Down in Florida, Papa Bee’s Owner Lorie Hamm says that only a limited number of cases of chicken wings are being made available to restaurants in her area, and she also says that the price for such cases has nearly doubled since the start of 2021…

“There’s 300 cases that are allocated for two counties I believe, they were gone in two minutes,” Hamm said.

When you begin to wildly create new money, this is what happens.  Prices go haywire and shortages tend to occur.

Unfortunately, our leaders don’t seem to have even a basic understanding of the laws of economics, and the pain that we have experienced so far is just the tip of the iceberg.

If they were smart, global authorities would be taking emergency measures to get inflation under control before it is too late.

Of course that is not happening.  Instead, they just continue to feed the monster.

This crisis is going to go from bad to worse, and you should prepare accordingly.