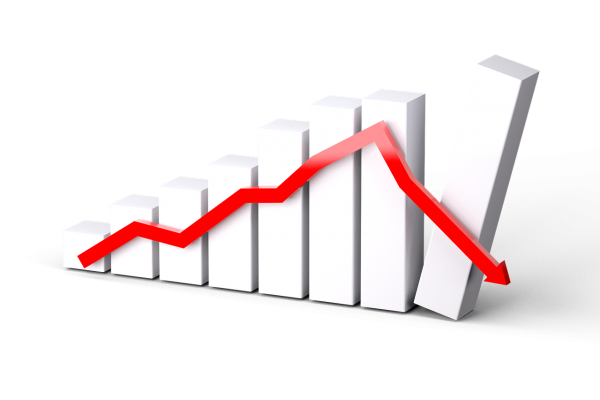 All over the world, God has been showing people that a great economic collapse is coming.  It will be greater than anything that we have ever seen before, and most people will be completely blind-sided by it.

But God does not want us to be afraid.  He knows everything that is going to happen in advance, and He is in control.

Today, I would like to share with you 7 short examples of these economic collapse prophecies.  This first one was given to Hollie L. Moody on October 24th, 2002…

“What about my nation, Lord?” I asked. “What is coming next to my nation (The United States of America)?”

“A measure of wheat for a penny, and three measures of barley for a penny; and see thou hurt not the oil and the wine,” the Lord replied softly. “Economic lack is coming to your nation,” the Lord said to me.

“There are some I will and have begun to instruct to lay up and store certain food, water household and medical supplies. There are others I have instructed to trust in Me daily for their needs, and to refrain from storing up supplies. Nothing will remain stable in your nation for any length of time, child. This ever present uncertainty will cause many to grow weary. A spirit and attitude of quiet despair will begin to prevail. This lassitude will begin to set in place the next area of attack from the enemy.”

The next six were compiled by Unleavened Bread Ministries…

Stephen Hanson …You will see the stock market crash more than it did during the deep depression.

Thomas S. Gibson (PROPHECY – 08/11/2002)… As I was in prayer this afternoon the Lord showed me the following: I could see a chart with one line on it. It went up and down in a jerky fashion. Suddenly, it dropped off so low that it was almost off the bottom. Then it continued its jerky up and down motion, but it was now doing so very near the bottom of the chart. Then the Lord said, “This is the stock market. You will soon see the sudden drop off to the bottom. Many will not believe that it cannot rise again, but each attempt to resurrect their money god will result in failure!”

Harold Eatmon … I saw the Stock Market soar and then crash. After the [first] crash, many big business corporations and private parties bought up stocks because of the low cost to buy in. Then I saw the market begin to climb again in a short period of time. Then it crashed again bringing tremendous loss, ruin, and devastation to all who bought in the first time. This is what I have labeled “Two Black Mondays”. The time period between the Two Black Mondays was very close together. I could not tell exactly how close. It could be a couple of days to a couple of months. There are some tell-tale signs indicating the season and the setting. * I saw the season to be when ‘the leaves fall to the ground’ then the first crash would occur. * I also saw the Yen fall dramatically just before this sudden and inexplicable crash.

Robert Holmes …There will shortly come a time when Wall Street will collapse. No longer shored up by public confidence, it will swagger under the weight of national debt. On a day of frenzied trading, it shall tumble the nation into turmoil and depression. The attention of the creditor nations will be drawn to America. I saw a time of conferences and meetings, international concern and intervention by prominent international organizations in domestic economics and affairs. For the first time in US history, international organizations will intervene in domestic affairs. I saw international troops on US soil. A national economic crisis, and localized crises will be announced, and utilizing certain powers, the US President will call FEMA (Federal Emergency Management Agency) into action. You will see Black Helicopters on television and this will be a sign. When she (America) is weakest, a set of disasters will befall the nation.

David Wilkerson …The great holocaust follows an economic collapse in America. The enemy will make its move when we are weak and helpless. …America is going to be destroyed by fire! Sudden destruction is coming and few will escape. Unexpectedly, and in one hour, a hydrogen holocaust will engulf America — and this nation will be no more.