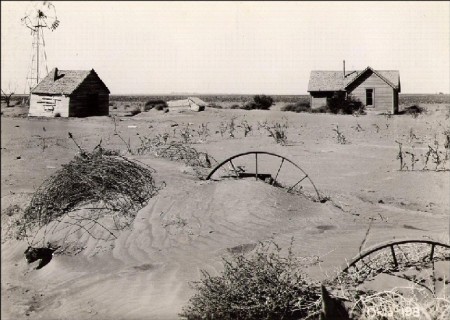 An unprecedented 82 percent of California is in an “extreme drought,” according to the latest U.S. Drought Monitor report released last week. Of that, 58 percent of the state is in an “exceptional drought” — the driest conditions possible — an increase of more than 20 percent in a single week. Record-low rainfall has sent rivers, lakes and water reservoirs to their lowest levels in decades — threatening the water supply of many cities. The unusually dry conditions have increased the risk of wildfires, which have already ravaged parts of the state — most recently an area near Yosemite National Park.

But the drought’s biggest victim could be California’s Central Valley, the source of fully half the nation’s fruits and vegetables, where panicked farmers are taking extraordinary steps to survive a drought that could drive them out of business. In Kern County, one farmer recently drilled five new wells at 2,500-feet deep apiece — twice the height of the Empire State Building — in a desperate attempt to tap into new water sources below.

“You look around, and you feel sick. It’s hard to believe we are so dry out here when other parts of the country are so damn wet,” Taylor said. “I think about what my mother and dad went through, how hard that time was… You see what’s happening to the land [now], and you can’t help but worry. How bad is this beating going to be?”